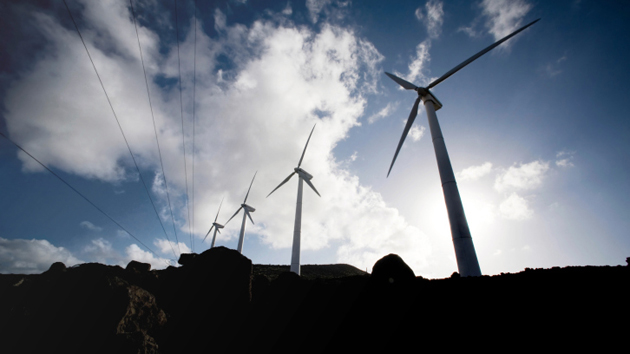 This story originally appeared on the Huffington Post website and is reproduced here as part of the Climate Desk collaboration.

Development of natural gas and wind resources in the Marcellus shale region could cover up nearly 1.3 million acres of land, an area bigger than the state of Delaware, with cement, asphalt and other impervious surfaces, according to a paper published this month in the scientific journal PLOS One.

The study, conducted by two scientists from the conservation organization The Nature Conservancy, predicts that 106,004 new gas wells will be drilled in the Marcellus region, based on current trends in natural gas development. The region includes parts of New York, Pennsylvania, West Virginia, Ohio and Virginia.

Gas development entails the well sites themselves, as well as new roads leading to drill sites, pipelines to transport the gas and other related infrastructure. Each well pad, the researchers found, has a total direct or indirect impact on approximately 50 acres of land.

The study also projects that 10,798 new wind turbines will be built in the region, which will have a footprint as well, albeit much smaller. Each turbine has a direct or indirect impact on approximately 15 acres of land, the study found.

The development will also affect 1.1 million acres of forest.

“[M]itigating the impacts of energy development,” the paper concludes, “will be one of the major challenges in the coming decades.”

Covering up surfaces and clearing forests changes how landscapes absorb and transport water, which in turn affects the local watersheds. The presence of pavement and infrastructure also breaks up landscapes into fragmented sections, which can affect local biodiversity and water systems.

The study predicts that Marcellus energy development will affect the quality and availability of drinking water for up to 22 million people.

“The way development is happening is that it’s being developed on a lease-by-lease basis,” said Joseph Kiesecker, a lead scientist for The Nature Conservancy’s conservation lands team and the paper’s co-author. He noted that those leases are often developed by different companies without any coordination on siting or infrastructure. And environmental analysis for those wells is conducted separately—usually without anyone looking at the broader environmental effects of having multiple wells in an area.

The Marcellus shale region has been booming with development in the past decade, following the discovery of larger reserves of gas than previously estimated. That development, and the use of a drilling technique known as hydraulic fracturing, has raised concerns from people who live in the region, many of whom are worried that fracking and other development methods could cause air pollution and potential contamination of groundwater. This latest paper instead considers an aspect of Marcellus development that is guaranteed to have environmental repercussions.

The fact that development has ramped up so quickly in the region is what prompted the study, Kiesecker said. He thinks that development could be done in a way that takes environmental factors into account.

“My biggest concern or frustration is I think we have the ability to do this better,” he said. “We can get the energy people need, but in a way that provides balance and doesn’t come at the expense of natural systems.”