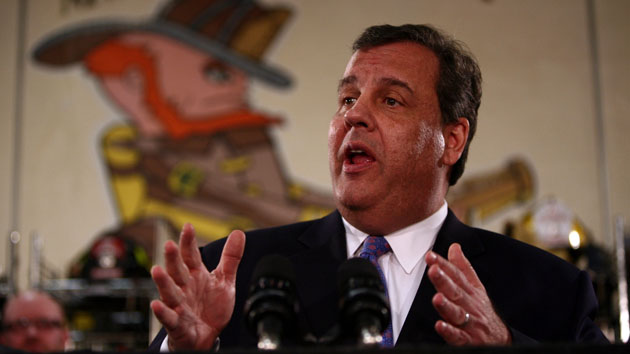 The property tax burden has grown sharply on his watch. He is hostile to low-income families, raising their tax burden and sabotaging efforts to build affordable housing. He’s been a catastrophe on the environment….The governor’s claim to have fixed the state’s budget is fraudulent. New Jersey’s credit rating has dropped during his term, reflecting Wall Street’s judgment that he has dug the hole even deeper.

The peculiar statement left many people scratching their heads (including Rachel Maddow, who mocked it at length on her MSNBC show). Why, they wondered, would the paper endorse a candidate it held in such low esteem? Now, following the Christie administration’s George Washington Bridge scandal and other damning accusations, the paper is backing away from its choice. Editorial page editor Tom Moran and the editorial board admitted in Sunday’s Star-Ledger that they made a mistake by endorsing Christie. In their words:

An endorsement is not a love embrace. It is a choice between two flawed human beings. And the winner is often the less bad option.

But yes, we blew this one…We knew Christie was a bully. But we didn’t know his crew was crazy enough to put people’s lives at risk in Fort Lee as a means to pressure the mayor. We didn’t know he would use Hurricane Sandy aid as a political slush fund. And we certainly didn’t know that Hoboken Mayor Dawn Zimmer was sitting on a credible charge of extortion by Lt. Gov. Kim Guadagno.

Interestingly, despite his flaws, the authors won’t rule out endorsing him again one day.

Now that Christie has been knocked back, the leading candidate for the GOP nomination is Mike Huckabee, the former governor of Arkansas, recently famous for his bizarre rant about women’s libido. And when he fades, Sen. Rand Paul of Kentucky and Sen. Ted Cruz of Texas will be waiting to pick up the pieces.

How does President Rand Paul sound to you?

Given the choice between Christie and Sen. Rand Paul (R-Ky.) for the Republican presidential nomination, Moran and the board claim that they would endorse Christie again—even knowing what they know now.