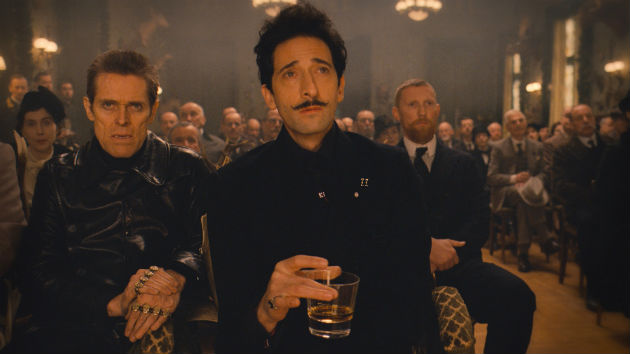 Wes Anderson’s The Grand Budapest Hotel is very, very Wes Anderson—which is to say that the colors pop, the quirky humor abounds, and your emotions are sneakily toyed with. Few directors have the kind of total control over the way their actors talk, move, and express quite like Anderson does. Anderson’s singular style and eccentricities make virtually everything in his films (even harrowing elements such as suicide and war) oddly whimsical. And in The Grand Budapest Hotel, a Nazi analog is made into something of a goofy villain.

The comedy is set primarily in the 1930s in Zubrowka, a fictional central-European republic that has endured European totalitarianism and world war (the movie was shot on location in Germany, but the setting, sounds, and visuals were, in Anderson’s words, “a pastiche of the greatest hits of…Eastern Europe”). The core of the narrative (starring Ralph Fiennes, F. Murray Abraham, Tony Revolori, Saoirse Ronan, Harvey Keitel, and several Anderson regulars) is a murder mystery, but the backdrop routinely advances to the fore as the grip of a fascist party grows more and more clenched. “Part of why I feel the impulse to reimagine [World War II] rather than just do it is because it’s been done so many times before,” Anderson told NPR.

His film was inspired by the work of Stefan Zweig, an Austrian novelist who fled his country shortly after Hitler rose to power in Germany. In The Grand Budapest Hotel, the terms “Nazi,” “World War II,” and “Holocaust” are never uttered. But the fictionalized context and references are obvious. For instance, M. Gustave H. (Fiennes) calls a group of manhandling thugs, “fascist assholes!”

Here are a few images from the film that show how writer/director Anderson and co. reworked Nazi iconography and attire: 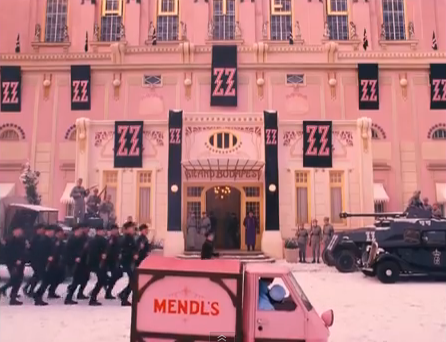 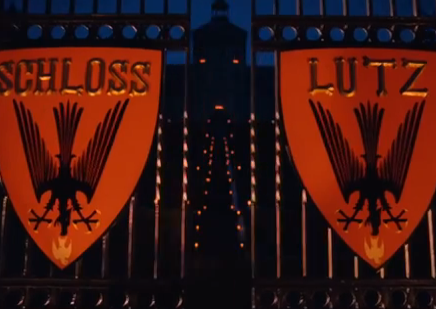 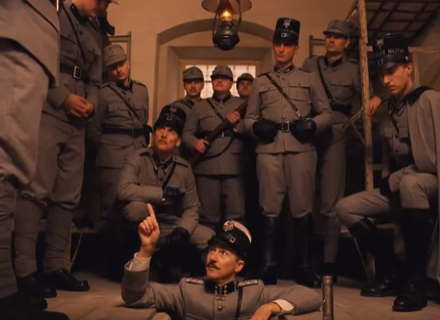 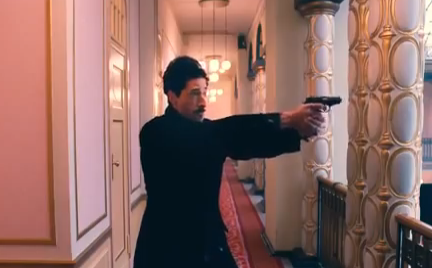 It’s a deceptively cute rendition of fascist occupation—darling but also intelligent, playful but not disrespectful to the victims of the real thing. Now here’s a video from Fox Searchlight on the characters of The Grand Budapest Hotel: