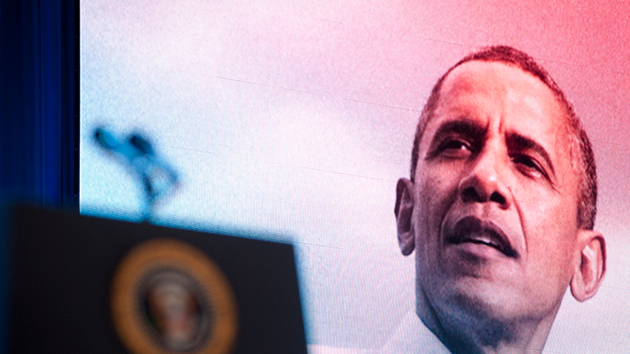 On Thursday, the White House released its proposal to end the National Security Agency’s bulk collection program, which hoovers up the phone records of millions of Americans. Currently, the NSA stores Americans’ phone metadata (which doesn’t include the content of calls) for five years. Under the President’s new proposal, phone companies will instead be tasked with holding onto this data, which will they will store for 18 months. Additionally, the government would only be allowed to query these records if it gets approval from the Foreign Intelligence Surveillance Act (FISA) court, though the president’s plan includes an exemption for as-yet-unspecified “emergency” situations. Here are five more things you need to know about the President’s proposal:

1. It only addresses the bulk collection of phone records.

The collection of telephone records has gotten a lot of attention from Congress—but documents leaked by former NSA contractor Edward Snowden have revealed many other controversial surveillance programs. Last October, for instance, the Washington Post reported that the NSA had broken Google and Yahoo’s encryption and was siphoning millions of their users records into the agency’s data centers. In a press call on Thursday with civil liberties groups, privacy experts argued that President Obama should make additional reforms that address these other alleged surveillance programs. “Our phone records are sensitive, but so are our financial records, Internet information, email data,” said Michelle Richardson, the ACLU’s legislative counsel. “It reveals who we know, where we go, what we do, what we think and what we believe, and those sorts of records need just as much protection.”

2. Phone companies aren’t too psyched about Obama’s plan, so the administration might compensate them.

On Thursday, Verizon announced that it opposes aspects of the plan. “If Verizon receives a valid request for business records, we will respond in a timely way, but companies should not be required to create, analyze or retain records for reasons other than business purposes,” Randal Milch, Verizon’s general counsel and executive vice president for public policy, said in a statement. In a call with reporters on Thurday, White House officials emphasized that the administration has been meeting with phone companies to come up with a workable solution, which could potentially include compensating them for their efforts. “I certainly would envision, consistent with what the government does today with respect to compensating phone companies and others for their production of records in response to lawful court process, I think we would see a similar approach,” said a senior administration official.

3. The plan is still missing a lot of key details.

According to a press release issued by the Brennan Center for Justice at New York School of Law on Thursday, the Obama administration has yet to “identify the standard that the government must meet to obtain a court order, beyond a vague reference to ‘national security concerns.’ Nor does the fact sheet identify any limits on the government’s ability to keep and search the records it obtains, which will necessarily include large amounts of information about innocent Americans.” In the White House press, a reporter asked senior administration officials how long the NSA could keep querying data once it had obtained a court order. An official responded: “I’m not going to presuppose what that time period would be right now.”

4. Obama could end the program now if he wanted to, but he’s waiting for Congress to act.

President Obama could end the NSA’s bulk collection program without congressional approval, but he’s choosing not to. A senior White House official said on Thursday, “The President believes the government should no longer collect and hold the bulk [telephone] metadata. He’s also got a responsibility as commander-in-chief to ensure that we maintain the capabilities of this program, and he wants to see it done in a way that also responds to the concerns that have been identified and to create a program and have a discussion about it, and have legislation that would promote confidence in our intelligence-gathering activities.”

5. There are competing bills to end the program. Privacy advocates hate one of them.

On Thursday, privacy advocates took issue with the NSA reform bill introduced this week by members of the House intelligence committee. The bill, sponsored by Rep. Mike Rogers (R-Mich.) and Rep. Dutch Ruppersberger (D-Md.), ends the bulk collection program, but doesn’t require strict judicial review before the NSA queries phone companies for their customers’ records. President Obama’s proposal, in contrast, does require this review. The ACLU’s Richardson notes that the Rogers-Ruppersberger plan would allow the FBI and other agencies to directly demand information from companies. “It’s not a fix, it’s not even a half-measure,” she said. Privacy advocates support the USA Freedom Act, introduced by Rep. James Sensenbrenner (R-Wis.) and Sen. Patrick Leahy (D-Vt.), which includes more civil liberties protections.