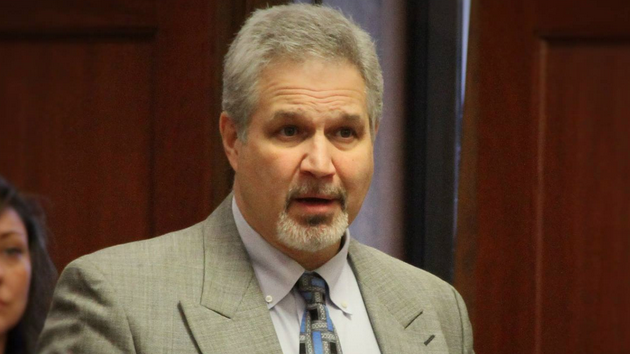 Alaska state Sen. Pete Kelly, a Fairbanks Republican, announced last week that he wants to use state funds to supply bars with pregnancy tests to help combat the state’s epidemic of fetal alcohol syndrome. But Kelly told the Anchorage Daily News he would not support the same measure for birth control, noting that “birth control is for people who don’t necessarily want to act responsibly.” Kelly, who came under fire for his remarks by Democrats, took to the Senate floor Monday to elaborate on why he doesn’t think birth control is an effective way to prevent fetal alcohol syndrome:

When reached by Mother Jones, Kelly said “it’s fine for women [both married and unmarried] to use contraceptives,” but he reiterated that “people forget, people administer contraception incorrectly, and sometimes the methods simply fail.?” He said that if contraceptive measures are found to be effective at reducing fetal alcohol syndrome, lawmakers could pursue using state funds to offer them as well. He did not elaborate on whether he would personally support this, although he told the Anchorage Daily News last week that he would not.

At the Senate session, Kelly expressed dismay over how people have fixated on his birth control comments. “Because it got kind of caught up in the blogosphere, it got turned into something like a war on women or something like that. That’s not important. What is important…are these pregnancy tests kiosks,” he said. In a Facebook post earlier this week, he criticized Democrats for “turning his attempt to deal with the tragedy of FASD [fetal alcohol syndrome] into such disgusting politics.”

“Pete Kelly’s going all out with the War on Women, but from his defensive comments it looks like Alaska women may be winning,” Kay Brown, executive director of the Alaska Democratic Party, said in a press release on Monday.