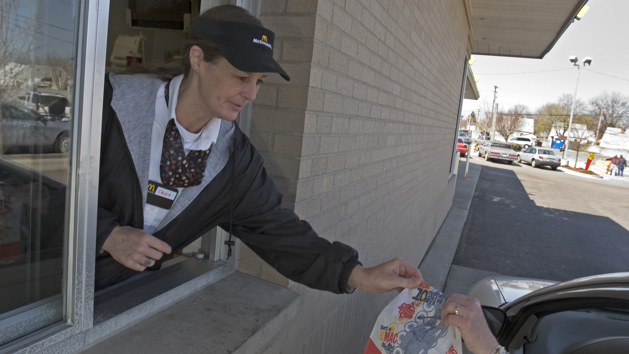 Earlier this week, Mother Jones published a piece I wrote, in which I listed 10 commonly held notions about poor people and debunked them. The piece aimed to take down misconceptions about the poor—they’re leeches, they’re lazy, etc.—that end up shaping policy. Kevin Williamson at National Review Online, a conservative news site, took issue with the story.

Williamson responded to each item from my original piece, in an attempt to prove that the myths were true. Here are his responses to my original post, plus reasons why he’s wrong:

Myth 1: Single moms are the problem.

Why it’s not true: Only 9 percent of low-income, urban moms have been single throughout their child’s first five years. Thirty-five percent were married to, or in a relationship with, the child’s father for that entire time.*
Williamson’s response: The opposite of “single” here is not “married”—that would be too easy!—but “in a relationship of some kind with the child’s father,” and, if you think about it, the great majority of women are going to be in some sort of relationship with the child’s father, hence the pregnancy. The variable here is not whether you’re dating the child’s father, but whether you are married to him. If you are going to “debunk” the sentence “Single moms are the problem,” noting that about a third of single mothers managed to sustain largely non-marital (check the numbers!) relationships with the father for five years doesn’t get it done. The Census data confirm that the vast majority of single mothers were never married: the divorced, separated, and widowed account for about 12 percent of all single mothers. The poverty rate of single-mother households is five times the poverty rate of married-couple households. About half the children in single-mother households live in poverty. By any measure, single mothers are an enormous problem when it comes to poverty.
Why he’s wrong: The point here was to highlight that a joint income does not automatically lift a household out of poverty. More than a third of low-income, urban mothers are not really single during their children’s first five years—the father is involved and is likely contributing financially. But, as Williamson notes, single-mother households are by-and-large still poor. Similarly, marriage itself is not enough to offset the cycle of poverty, since poor women tend to marry poor men. The reason that married people have higher average incomes is that educated people with better jobs tend to marry at higher rates. Eighty-nine percent of those who have a BA or higher marry, while 81 percent of those who did not complete high school get hitched. What low-income single mothers need more than just husbands is the opportunity to go to school and get a better-paying job with child care, sick leave, and health benefits.

Myth 2: Absent dads are the problem.

Myth 3: Black dads are the problem.

Why it’s not true: In 2004, there was at least one adult with a job in 60 percent of families on food stamps that had both kids and a nondisabled, working-age adult.
Williamson’s response: Awfully specific metric. And a lot of those jobs were short-term and part-time. Poor people may not be lazy, but they do not work: There is an average of 0.42 full-time earners per household in the bottom 20 percent income group, and nearly 70 percent of the people in those households are not employed.
Why he’s wrong: Lots of poor people work. More than 10 million American workers live in poverty, because their jobs don’t pay them enough to get by and/or their employer only offers them part-time hours. Half of all fast-food workers, for example, are forced to rely on public programs like food stamps and Medicaid to supplement meager wages. And lots of poor people are poor because they can’t find work, or are not physically able to work. There are three job applicants for every job opening in this economy. Blacks have a 12 percent unemployment rate and Hispanics have an 8 percent jobless rate. A quarter of adults with a disability live in poverty.

Why it’s not true: The federal poverty line for a family of two parents and two children in 2012 was $23,283. Basic needs cost at least twice that in 615 of America’s cities and regions.
Williamson’s response: Who the hell believes that life is “okay” hovering just above the poverty line, or indeed within sight of it? It’s not Pakistan, but it’s not okay. And those high-cost-of-living cities and regions that are hard on the working poor—those wouldn’t happen to be liberal and Democrat-dominated, would they? What lessons might Erika Eichelberger derive from that quandary? My guess: none.
Why he’s wrong: The myth originally addressed here is that an income above the official poverty line is enough money to live on. Many big cities, which tend to be largely Democratic—such as San Francisco, Washington, DC, and New York—have a higher cost of living because they’re more desirable to live in than, say, Omaha, Nebraska. Higher taxes in many of these cities also mean more social services for those working poor.

Myth 6: Go to college, get out of poverty.

Why it’s not true: In 2012, about 1.1 million people who made less than $25,000 a year, worked full time, and were heads of household had a bachelor’s degree.**
Williamson’s response: Those five years that two-thirds of single mothers don’t spend in relationships with their children’s fathers? Don’t use them to get women’s studies degrees. In any case, 1.1 million is not a very big number, constituting fewer than 1 percent of US households.
Why he’s wrong: Here, Williamson both agrees that college isn’t necessarily a ticket out of poverty, and then downplays the million-plus Americans with a college degree who are poor.

Why it’s not true: The number of households with children living on less than $2 a day per person has grown 160 percent since 1996, to 1.65 million families in 2011.
Williamson’s response: Who thinks we’re winning the War on Poverty? If you’re going to “bust” that myth, I’d like to know who believes it. Not these guys. Not me. One of the main criticisms of the so-called War on Poverty is that we’ve spent tons of money—literal tons if you put it in hundred-dollar bills and stacked it on pallets—without much to show for it other than generous retirement plans for the feckless welfare administrators who subscribe to Mother Jones.
Why he’s wrong: Plenty of people have said we’re winning the war on poverty. And by one measure we are. Great Society social safety net programs have kept millions above the poverty line over the past 50 years. By other measures, we’ve failed. As the stat I cited shows, since welfare reform passed in 1996, the number of households living in extreme poverty—on less than $2 a day—has shot up.

Myth 8: The days of old ladies eating cat food are over.

Why it’s not true: The share of elderly single women living in extreme poverty jumped 31 percent from 2011 to 2012.
Williamson’s response: Hey, I know a guy who had a plan to improve the retirement system and reduce that sort of thing. I don’t recall Mother Jones coming out in support.
Why he’s wrong: If Congress had gone along with President George W. Bush’s plan, the part of Social Security that would have been moved into private accounts would have taken a blow during the financial crisis, and beneficiaries would have been forced to live off a monthly payment significantly below the current Social Security benefit.

Why it’s not true: One in 45 kids in the United States experiences homelessness each year. In New York City alone, 22,000 children are homeless.
Williamson’s response: There are not 22,000 children sleeping on the streets of New York City, which includes in its homeless-children stats kids staying with relatives, in shelters, or in temporary arrangements. But there is something wrong with New York state: 26 percent of all the homeless children in the United States come from New York. But as this magazine has been arguing for years, the problem with the homeless isn’t that they’re over-fond of drink but that they’re mentally ill. You know who sleeps on the street? Drunk street people, addicted street people, street people with serious mental problems, etc.
Why he’s wrong: We do need to take better care of our mentally ill, who make up a large portion of those in our jails and on our streets. (Here’s one way we could do that.) But the point of highlighting the level of homelessness amongst children was to illustrate that the problem has reached crisis levels. It’s not just the drunk or the addicted or the mentally ill who don’t have homes.

Myth 10: Handouts are bankrupting us.

Why it’s not true: In 2012, total welfare funding was 0.47 percent of the federal budget.
Williamson’s response: Spending on handouts is small—if you only count the small stuff, in this case TANF and AFDC. But handouts under a half a percent? SNAP alone accounted for nearly 3 percent of federal spending in 2013. “Welfare” broadly defined accounts for about 11 percent of federal outlays, while the big three entitlements—Social Security, Medicare, and Medicaid—make up the majority of all federal spending, with defense coming in at just 19 cents on the dollar.
Why he’s wrong: If the government wants more spending money, there are other ways to go about getting it than taking health care, retirement, and services away from the poor. If we want more tax revenue, we need near-full employment, something that would require larger budget deficits in the short-term. Other stuff that would help: a lower trade deficit, cracking down on tax evasion, and reining in corporate tax breaks. (We spent $82 billion last year on SNAP. We spend $180 billion a year on corporate tax breaks.)