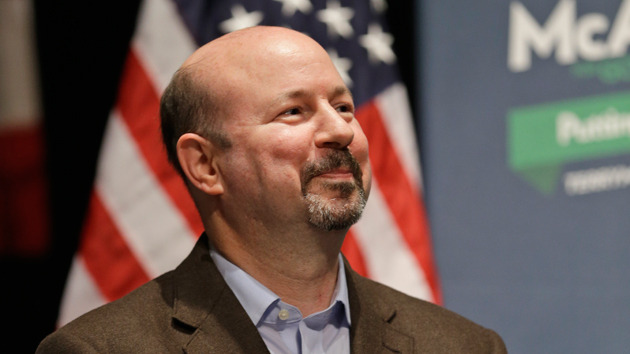 Michael Mann, the perennially embattled climate scientist best known for his “hockey-stick” temperature graph, came out victorious yesterday in a court battle against a Virginia legislator and a conservative think tank that had sought to obtain thousands of Mann’s emails and research documents from his time as a University of Virginia professor.

The Virginia Supreme Court ruled that unpublished scientific research can be exempted from the state’s Freedom of Information Act requirements, because disclosing such information would cut into the university’s competitive advantage over other universities. As a result, some 12,000 of Mann’s emails and papers won’t be released to the Energy & Environment Legal Institute (formerly known as the American Tradition Institute) and Virginia Delegate Robert Marshall (R-Prince William), who had requested the documents in 2011.

In a statement on his Facebook page, Mann called the decision “a victory for science, public university faculty, and academic freedom.”

Back in 2012, a lower Virginia court ruled that the documents in question were considered “proprietary,” and thus shielded from FOIA requests. ATI appealed the decision, and the case landed with the state’s Supreme Court last October. The main question was whether research-related documents should get the same kind of protection as trade secrets and other information that could cause financial harm if released. ATI argued that Mann’s emails didn’t merit such protection, while Mann and U-Va. maintained that scientists should be able to hammer out their work behind closed doors before presenting a finished product to the public.

In a brief filed with the Supreme Court late last year, the Reporters Committee for Freedom of the Press argued that in protecting Mann’s research, the lower court had actually set the scope too wide, leaving open the possibility that a university could claim virtually any document to be proprietary. But yesterday’s Supreme Court ruling revised the exemption criteria so that non-research-related documents—things like budgets and communications between administrators—could still be accessed with a FOIA, said Emily Grannis, the Reporters Committee staffer who authored the brief.

Of course, Grannis said, the ruling is only binding in the state of Virginia, but it could serve as a model for how other states set limits for what qualifies as proprietary if similar cases arise elsewhere.

Mann’s legal battles date back to 2009’s “Climategate” pseudo-scandal, when hackers released a trove of emails that purportedly showed Mann and his peers at a British university manipulating data so it would confirm their existing research on man-made climate change. Later independent inquiries determined Mann had done nothing wrong, but that didn’t stop climate skeptics from turning him into a punching bag. Virginia Attorney General Ken Cuccinelli waged an unsuccessful campaign to use subpoenas to access the same documents ATI tried to FOIA. Mann is still in the midst of a defamation suit against National Review and the Competitive Enterprise Institute after their writers accused accused him of scientific fraud.