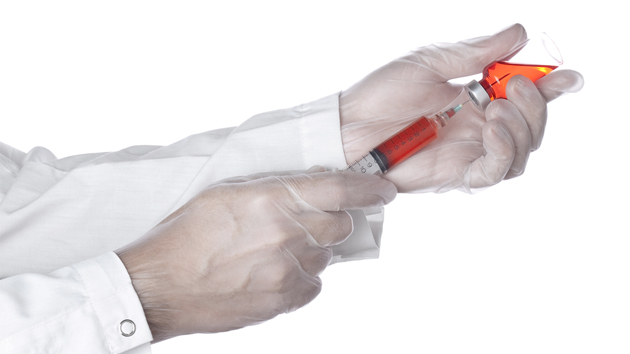 Last night, Oklahoma became the latest state to botch an execution while using a new lethal injection protocol. Five minutes after injecting convicted murderer Lockett with 100 milligrams of the sedative midazolam, executioners administered two other drugs designed to paralyze him and then stop his heart. But instead of dying, Lockett started writhing and kicking and lifting his head and shoulders up off the gurney. The execution was eventually halted, but Lockett died a while later from a heart attack. State officials said that the cause of the problems was a “blown” vein line that prevented the drugs from entering the bloodstream.

Thanks to the disastrous course of events, Governor Mary Fallin (R), who recently promised to defy the state’s highest court and execute Lockett despite a legal stay in the case, postponed the killing of Charles Warner, who was slated to be executed last night after Lockett. Lockett and Warner had prompted a state constitutional crisis when they filed suit over the state’s secrecy statute that had denied them complete information about the source and purity of the new drugs they would be executed with.

A lower state court had found the statute unconstitutional, and after a convoluted back and forth between the higher courts, the Oklahoma Supreme Court issued a stay of the executions so the issues could be fully litigated. But Fallin threatened to execute the men anyway and accused the court of overstepping its authority; meanwhile, the state legislature began impeachment proceedings against the justices. A few days later, the court caved and allowed the executions to move forward, resulting in what witnesses called the “torture” and death of Clayton Lockett.

Experts had been watching the proceedings closely because Oklahoma planned to use a combination of drugs that has only been used once before in an execution, in Florida this year. In 2011, international pharmaceutical companies either stopped making or refused to sell prisons the drugs that had long been used in lethal injections, creating a shortage in death-penalty states. These states have sought a variety of dubious ways to address the shortage, including illegally importing the old drugs or trying out new but slower-acting drugs, as they did on Lockett.

When it was first used in Florida, midzolam—one of the new drugs used on Lockett—was given at a dose five times higher than what Oklahoma said it would use. As it turned out, though, the bungled execution may have had little to do with the drug protocol and a lot to do with a pretty common problem in lethal injection. According to Austin Sarat, an Amherst college professor and author of the timely new book, Gruesome Spectacles: Botched Executions and America’s Death Penalty, lethal injection is more prone to these sorts of debacles than any other form of execution used in the US since the late 19th century. His data show as many as 7 percent of lethal injection executions go awry, and often for the same reasons why Lockett suffered so much: The veins of death row inmates can’t handle the needles.

Many death row inmates were once IV drug users, and by the time they reach the death chamber, their veins are a mess. Others are obese from years of confinement, which also makes their veins hard to find. Compounding that problem is the fact that the people inserting the needles usually aren’t medical professionals. They’re prison guards (in Oklahoma they’re paid $300 for the job), and they’re usually in a big hurry to get it done quickly—an factor that doesn’t mesh well with the slower-acting drugs states are now resorting to.

After Florida finally retired “Old Sparky,” its electric chair that had a tendency to light people on fire while killing them, it turned to lethal injection in 2000. In 2006, the state botched the execution of Angel Diaz, who took 34 minutes—three times longer than the previous two executions—to die. While on the gurney, he writhed, winced, and shuddered, and witnesses reported that he seemed to be in a great deal of pain. When a heart monitor showed he wasn’t dying fast enough, he was given a second dose of one of the drugs. But as it turned out, the needle had gone through the vein and poked out the other side, delivering the drugs into soft tissue rather than the blood stream, a process that’s known to cause an extremely slow and painful death. Then-Governor Jeb Bush put a halt to executions in the state for a while afterwards as a result.

In 2009, Ohio attempted to execute Romell Broom but struggled for more than two hours to find a suitable vein in which to administer the injection. He even attempted to help his executioners find an insertion spot. As the poking and prodding went on, Broom was visibly in pain. “At one point, he covered his face with both hands and appeared to be sobbing, his stomach heaving,” the Columbus Dispatch reported. After two hours, the execution was halted so medical experts could figure out a better way to kill him. So far they haven’t, and he remains on death row.

These sorts of incidents are one reason that defense attorneys have been arguing in court that for all its clinical veneer, lethal injection still constitutes unconstitutional cruel and unusual punishment. Oklahoma just gave them some more ammunition for that fight, even without giving up the details of the drugs it used.