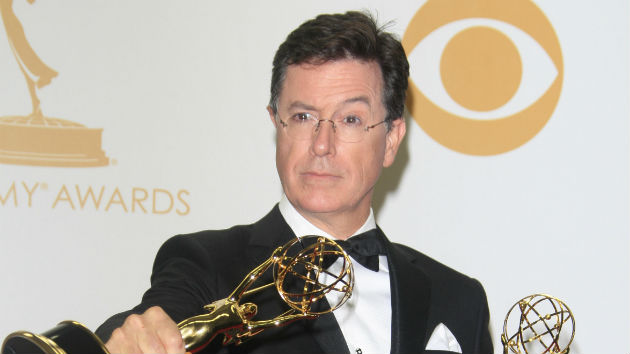 On Thursday, CBS announced that Stephen Colbert will replace the retiring David Letterman as host of Late Show. (Mashable reported last week that Colbert was the network’s top choice to take over for Letterman.) When Colbert leaves for CBS, he’ll be leaving behind The Colbert Report at Comedy Central, where he has played the part of fake conservative cable-TV commentator since 2005.

We’re assuming that once he starts his gig at Late Show he’ll be doing less left-leaning political satire than he’s used to. So here’s a look back at his very best—and very worst—political moments over the past few years. And no, #CancelColbert does not make either list:

1. Colbert slams the Obama administration’s legal justification for killing American citizens abroad suspected of terrorism: “Trial by jury, trial by fire, rock, paper scissors, who cares? Due process just means that there is a process that you do,” Colbert said in March 2012. “The current process is, apparently, first the president meets with his advisers and decides who he can kill. Then he kills them.”

“Due process just means that there is a process that you do” is pretty dead-on:

2. The Colbert Report‘s incredibly moving, stereotype-smashing segment on the openly gay mayor of Vicco, Kentucky: “To get your point across, sometimes you just gotta laugh,” Mayor Johnny Cummings told Mother Jones, after the segment aired. “That’s how I look at it. So I thought, OK, The Colbert Report would be perfect.”

3. Colbert on The O’Reilly Factor: Bill O’Reilly still seems to think that Colbert, the satirist, is doing great damage to this country.

4. Colbert’s roasting of President George W. Bush at the 2006 White House Correspondents’ Association Dinner:  “Now, I know there are some polls out there saying this man has a 32 percent approval rating,” Colbert said. “But guys like us, we don’t pay attention to the polls. We know that polls are just a collection of statistics that reflect what people are thinking in ‘reality.’ And reality has a well-known liberal bias.”

5. Colbert’s surreal congressional testimony: He testified (in character) before a House hearing in 2010 on immigrant farm workers. He offered to submit video of his colonoscopy into the congressional record:

6. Colbert was a two-time presidential candidate who used comedy to highlight the absurdity of the post-Citizens United election landscape. Here’s his recent letter to the IRS, in which he requests the opportunity to testify at a public hearing:

1. That time he used Henry Kissinger as a dance partner: The former secretary of state and national security advisor has been accused by human rights groups and journalists of complicity in major human rights violations and war crimes around the globe: In Chile (murder and subversion of democracy), Bangladesh (genocide), East Timor (yet more genocide), Argentina, Vietnam, and Cambodia, to name a few.

So it’s odd that Colbert would feature him in a lighthearted dance-party segment last August. The video (set to Daft Punk’s hit “Get Lucky”) also includes famous people whom no one has ever accused of war crimes, such as Matt Damon, Jeff Bridges, Bryan Cranston, and Hugh Laurie:

2. The other time he made Kissinger seem like a lovable, aging teddy bear: Kissinger was also on The Colbert Report in 2006 during the Colbert guitar “ShredDown.” The following clip also features Eliot Spitzer and guitarist Peter Frampton:

Colbert’s apparent coziness with Kissinger is even stranger when you consider how Colbert has blasted “the war crimes of Nixon,” and has said that he “despair[s] that people forget those.” Perhaps he forgot that “the war crimes” he spoke of were as much Kissinger’s as they were President Nixon’s.

Anyway, viewers can hope that when he’s hosting on CBS, there will be fewer musical numbers featuring war criminals.