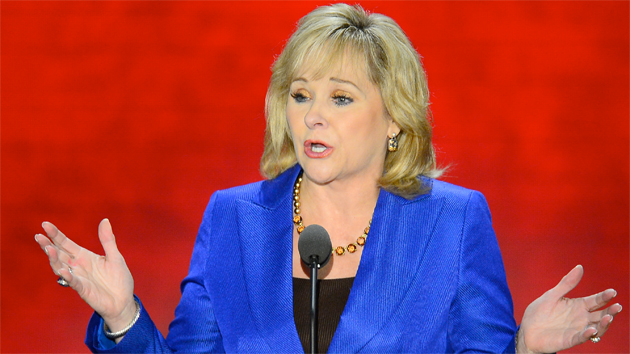 Oklahoma Gov. Mary Fallin (R) has done what almost no death penalty foe has been able to do in decades of fighting capital punishment: She’s made the country feel sorry for a heinous killer. Last week, she turned a man who shot a 19-year-old woman and watched as she was buried alive, into exhibit A as to why the death penalty should be abolished.

No one had ever envisioned Clayton Lockett as a poster child for death-penalty abolition. He was a bad man. No one argued that he might be innocent, or a victim of prosecutorial misconduct or ineffective assistance of counsel. His lawyer does not appear to have been drunk or asleep during his trial. If anything, Lockett was an argument in favor of the death penalty. Which is why what Fallin has accomplished is so breathtaking.

When Oklahoma effectively tortured Lockett to death last Tuesday, Fallin changed the debate over the death penalty in a way that previous botched executions, evidence of racial disparities, innocence claims, bad lawyering, or even proof of the pointlessness of executing the intellectually disabled has been unable to do. Fallin, a Republican no less, has in one day managed to illustrate starkly why no other western nation features state killing as a criminal punishment.

Even the pro-death penalty Obama administration, whose Food and Drug Administration facilitated states’ illegal importation of execution drugs no longer available in the US, has decided to act. On Saturday, President Obama personally weighed in on the case, saying the botched execution was “deeply troubling.” He announced that he’s ordered the Justice Department to investigate the administration of the death penalty, a move that’s long overdue.

The Justice Department is likely to find what defense lawyers and capital punishment foes have long known. Lockett’s execution wasn’t an anomaly. Lethal injection goes awry all the time—about 7 percent of such executions are botched—often for the very reasons it did in his case. People are paying attention to this particular botched execution because of Fallin. She made headlines a few weeks ago as she battled with her own state courts in a rush to put Lockett, as well as another murderer, Charles Warner, to death.

The two condemned men had challenged the state’s efforts to keep secret the source and purity of the drugs that would be used to execute them. They managed to win a lower court ruling that found the secrecy law patently unconstitutional. And after much legal wrangling between the state’s appellate courts, the Oklahoma Supreme Court finally issued a stay and suspended the executions until the issues could be properly litigated in court.

But Fallin was having none of that. Ignoring the essential democratic principle of separation of powers, she threatened to have the men executed anyway, in spite of the court order. (The legislature also began impeachment proceedings about the supreme court justices.) Why the big rush? Both men had been on death row for more than a decade—which isn’t that long in death-penalty jurisprudence. Last summer, Florida executed an inmate who’d been in the death house for 40 years.

Perhaps it has something to do with the fact that Fallin is up for reelection this year. Politicians in death-penalty states are famous for using executions to help boost their popularity ratings in election years. Bill Clinton, then the governor of Arkansas, took time off the presidential campaign trail in 1992 so he could go home and personally oversee the execution of Ricky Ray Rector, a man who had serious brain damage. After murdering two people, he’d shot himself in the temple, which destroyed his frontal lobe and essentially lobotomized him. He was so impaired that during his last meal, he saved his dessert to eat right before he went to bed, as he had done every night in prison. Rector’s execution would likely be illegal now; the US Supreme Court has banned executing the mentally disabled on the grounds that death would serve no retributive purpose if the inmate can’t understand what’s happening.

Rector’s execution didn’t go off without a hitch, either. Corrections staff took 50 minutes to make 11 attempts at finding a vein in his arm, a process that involved five people working on both sides of his body stabbing him with needles. Rector even tried to help them. Eventually, a vein was located through a “cut down” procedure in which someone uses a scalpel to slice deeply into the flesh and through muscles to find a usable vein closer to the bone, where the IV is then sutured in place. The procedure is usually done only with local anesthesia. (If you want to see what Rector’s arm looked like after this, see page six of this report, preferably not too close to lunchtime.) The process was apparently so painful that witnesses could hear Rector moaning and crying out from behind the curtain. Clinton won the election.

The deeply unpopular Gov. Rick Scott (R) in Florida, who is also up for reelection, has set a record by executing more people in his first term than any other state governor. He’s currently trying to execute Freddie Lee Hall, a mentally disabled man, despite the Supreme Court’s prohibition on such executions. The case went to the Supreme Court this year. Last year, Scott also signed controversial legislation to speed up executions.

So Fallin was essentially following an ancient campaign script when she sought to execute Lockett and Warner. But she also upped the ante when she made the fight more about the independence of the courts than the death penalty, a move that ensured that there would be more media interest than usual in Lockett’s execution.

She also seems to have misjudged the political climate. Support for the death penalty has been falling in recent years, in part due to the large numbers of death row inmates who’ve turned out to be completely innocent—including three from Oklahoma since 1998. And lethal injection has been under attack for almost a decade because of all the botched executions that happened even before the problems arising out of the execution-drug shortage that served as the backdrop for Oklahoma’s constitutional showdown. Lockett’s execution is now getting public scrutiny in a way most executions don’t, and it’s not a pretty picture.

Consider that even before Lockett made it to the gurney, he was suicidal. A letter released last week from Robert Patton, the director of the Oklahoma corrections department, indicated that guards used a Taser on Lockett when he refused to be shackled and taken for an x-ray—an absurd practice in itself, where corrections officials apparently have a condemned prisoner x-rayed to make sure he doesn’t have the means with which to commit suicide hidden in a body cavity somewhere.

When Lockett finally went to the medical clinic, he turned out to have some superficial, self-inflicted wounds on his arms that suggest he was trying to get the job done ahead of time. And really, who could blame him? He’d been part of litigation that did nothing but discuss how excruciatingly painful and slow his death was likely to be thanks to the new sorts of drugs the state was planning to experiment on him with.

After his wounds were treated, mental health personnel met with him during the day, and guards checked his cell every 15 minutes to make sure he didn’t succeed in killing himself before the state could do it. He refused to eat or see his lawyers.

Then, once the procedure got under way, it took prison staff almost an hour to find a suitable vein to insert the needle. That process was unsuccessful, so a catheter was placed in Lockett’s groin, in the femoral artery, a complex procedure that requires well-trained medical personnel who clearly weren’t working for the Oklahoma corrections department. The official timeline indicates that whoever placed the IV line probably missed the artery or punctured it, so the drugs that were supposed to bring quick death instead leaked into the soft tissue and left Lockett writhing in pain. (If you want to see what this kind of screw up looked like in another botched lethal injection execution in Missouri, see page five of this report. Beware: It’s a bloody mess.) The execution was eventually halted. Not long afterwards, Lockett died of a heart attack anyway.

Patton, the corrections department director, was sufficiently horrified by the scene to request that all of the state’s executions be suspended until a full investigation can be conducted. So far, Fallin has only asked for a 14-day suspension of Warner’s execution, which no one really believes is enough time to carefully study the problems with lethal injection. But even after all of the public outcry over Lockett’s death and the uncomfortable spotlight on her state’s capital punishment procedures, she’s still in a hurry to kill. There’s an election on.