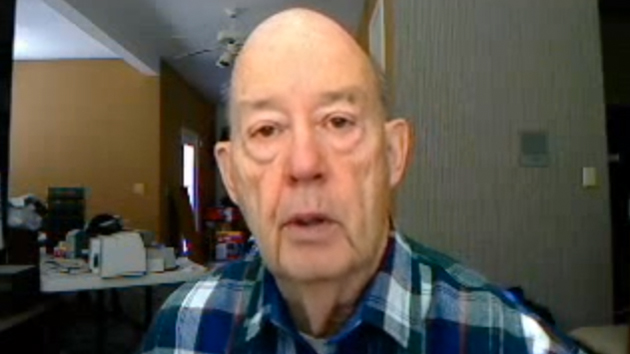 As Democrats and Republicans jostle for control of the Senate in 2014, the Senate race in Oregon—where the incumbent is Democrat Jeff Merkley—is not considered much of a pickup opportunity for the GOP. But several Republican superdonors are trying to change that, including a multimillionaire vintner, one of the wealthiest conservative families in the country, and a sex hypnotist who has warned rape victims not to try to get “mileage” out of their stories.

These donors are opening their checkbooks for Monica Wehby, a political novice and Portland pediatric surgeon. A moderate, Wehby is touting her opposition to Obamacare. But Wehby is skipping the primary’s only televised debate on May 16 and avoiding excess face time with the press. So she can use plenty of money on her side—and the donors’ five- and six-figure contributions to super-PACs supporting Wehby have helped make her the leading candidate in the May 20 primary.

Wehby’s most controversial benefactor is Loren Parks of Nevada, a medical-device retailer and a hypnotherapy hobbyist. Parks has donated $75,000 to a super-PAC with the awkward name If He Votes Like That in Salem Imagine What He Will Do in Congress, which has pelted Wehby’s main opponent, state Rep. Jason Conger, with negative television ads. On Tuesday, a state PAC to which Parks gave $50,000, the Taxpayers Association of Oregon PAC, released a poll showing Wehby had a 21-point lead over Conger—a figure the Oregonian called “questionable.”

A prolific contributor to state and federal candidates in Oregon, Parks is frequently described as the largest political donor in the state’s history. He made his fortune selling medical equipment but gained notoriety in the past few years for starring in a YouTube series on treating sexual afflictions through hypnosis. In one of his dozens of video, Parks says some women grow fat so they won’t be tempted to cheat on their husbands. In another, he claims he can help heal the trauma of rape and incest victims, but not “if you’re getting mileage out of it, if you’re getting status, satisfaction from telling your story again and again.” In that video, Parks sounds a buzzer and shouts “Disconnect! Disconnect!” over and over.

On his website, Parks notes, “I am not a doctor.” Yet he says he used his methods to relieve a woman of multiple sclerosis symptoms, adding, “this woman probably got her MS because she had left her husband, gone off with another man.” On a now-defunct personal website, he once bragged that he could hypnotize women into becoming “sex machines.”

Parks has become infamous in Oregon for these remarks. This caused one Republican running for state office this year to return $30,000 that Parks had given directly to his campaign. Parks has also settled out of court two civil lawsuits accusing him of sexual misconduct. One involved a mentally impaired woman whom Parks slept with after she approached him about his therapy. The other settlement resolved a case filed by a former employee who accused Parks of sending her extremely lewd emails and “trying to brainwash her into being his sexual and travel companion.”

Parks and Wehby’s campaign did not respond to requests for comment.

Wehby has drawn the support of other big-money contributors. Andrew Miller, the owner of an Oregon lumber company, gave about $31,000 to the If He Votes Like This super-PAC. Miller is a major donor who has financed several local races that have turned pockets of Oregon Republican. He also is reported to be dating Wehby—which has raised questions of illegal coordination between Wehby, her alleged paramour, and the super-PAC, which is forbidden by law from working with Wehby’s campaign. The Democratic Party of Oregon lodged an Federal Election Commission complaint on Monday. Miller, in an interview with Mother Jones, denied that he has anything to do with Wehby’s campaign or the operations of the super-PAC. He would not comment on his relationship with the Wehby.

Other well-heeled political donors have backed Wehby via another super-PAC called NewRepublican.org. That PAC has spent more than a quarter-million dollars flooding the airwaves with pro-Wehby ads. Five members of the DeVos clan of Michigan, a founding family of the modern conservative movement, gave the super-PAC a half million dollars in a single day. It also pocketed a donation from megadonor John Jordan, a wine magnate and the one-time star of a Robin Thicke parody, “Blurred Vines.”

A third super-PAC supporting Wehby, Leadership Oregon Can Trust, filed papers with the FEC on May 2.

Wehby’s odds are long. Republicans haven’t won a statewide race in Oregon since 2002. The involvement of big donors and Wehby’s absence from the campaign trail has caused Oregon politicos to suspect that Wehby’s strategy is simply to overwhelm her opponents with out-of-state money. Editorial boards that have scrutinized Wehby found her shaky on the issues compared with Conger, unable to elaborate even on the signature issue of her campaign, her opposition to Obamacare. “She could use a lot more training than her out-of-state political consultants have provided,” wrote the Willamette Week.

Miller says that’s part of the plan: “Long before Monica chose to get in the race, those of us who work on these things and think about these things over beers said, ‘The only Republican who wins in this state ends up looking a lot like Monica.'”

Miller agrees that big-money GOPers interested in Oregon have been trying to persuade the rest of the party that the Senate race there can be competitive. “How do you create a perception,” he says, “that, statistically, the state looks challenging, but it looks less challenging if you have an environment like this? An unpopular president, his signature health care [law] falling down around him…If you throw in a female that can’t quickly be vilified as a typical male who’s against women and children…then they say, ‘Wow, it’s not as bad as I thought it was,’ and they get interested and start giving money.”

And does the controversy swirling around Parks hurt Wehby? “Probably,” Miller says. “I don’t know that it helps. I’m not sure most voters are paying attention. I’ve never met the man, all I’ve heard is the gossip that he’s an odd guy.”

Outside the state, some conservative commentators contend that Oregon could be receptive to Wehby’s anti-Obamacare platform; its state health insurance exchange is both a debacle and a national laughingstock.

Several right-wing pundits have trumpeted a partisan poll that shows Wehby eking out a 1-point victory over Merkley. “WAVE YEAR?” read the headline on the Daily Caller. Democrats scoff at this, and point to an internal poll leaked from the Merkley camp. That poll, from late April, has the Democrat up 16 to 20 points over his challengers.

Still, donors sniffing around this year’s Senate races may be tempted by the fact that Oregon politics are comparatively inexpensive. “You could dump money here which would be insignificant in some races, but not in Oregon,” Bergstein says. “And I’m sure there’s some Republican gnome somewhere in a basement in Virginia figuring out that for X amount of money, hey, we could have a pickup here.”

And Wehby may be counting on that.