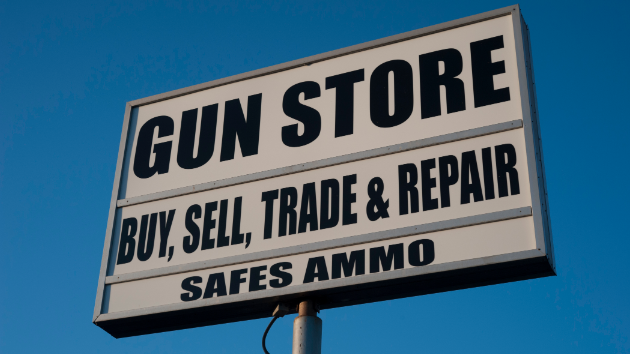 Having been booted off the Benghazi beat, Rep. Darrell Issa (R-Calif.) is firing up conservatives about yet another Obama scandal: a supposed White House plot to put gun dealers and other lawful merchants out of business by denying them banking services. Issa, who chairs the House oversight and government reform committee, alleges that Operation Choke Point, a Justice Department program that cracks down on fraud by scrutinizing banks and payment processors, is being used by the Obama administration to target gun sellers and other businesses the administration doesn’t fancy. “Operation Choke Point is the Justice Department’s newest abuse of power,” Issa said, in a report released May 29.

Issa wants the program dismantled, and he is deploying some of the same tactics he’s used to slam the administration on Benghazi and the so-called IRS scandal—dumping documents, whipping the conservative media into a frenzy, and accusing the administration of overstepping the law—to get his way. The same day Issa’s report came out, the House approved an amendment to the annual Justice Department spending bill that strips the program’s funding.

Meanwhile, some Democrats are mystified that conservatives are up in arms about an anti-fraud program, and the Justice Department is emphasizing this effort has nothing to do with limiting gun-selling.

Operation Choke Point compels banks to take greater steps to prevent fraud and not engage in financial transactions with companies they suspect might be breaking the law. Under Choke Point, the Justice Department has opened civil or criminal investigations into at least 15 banks and payment processors—which serve as the middleman between banks and businesses in credit card transactions—to determine if these firms have enabled fraud.

The Justice Department is working with Federal Deposit Insurance Corporation (FDIC) on the initiative. The controversy began in part because the FDIC in 2011—years before Operation Choke Point launched—issued a list of businesses that can be associated with high-risk activity that financial institutions should watch out for. These include enterprises peddling firearms, pornography, drug paraphernalia, and racist materials. The FDIC noted that financial institutions that “properly manage these relationships and risks are neither prohibited nor discouraged from providing payment processing services to customers operating in compliance with applicable law.” In other words, there was no reason for a bank not to handle payments for these businesses just because of the goods they sell.

The Justice Department insists it’s committed to ensuring its anti-fraud campaign doesn’t inhibit lawful merchants. Issa, though, claims that Attorney General Eric Holder knew that banks would drop clients deemed “high risk” by the government, such as gun-sellers, as a result of Operation Choke Point. His report cites a recent Washington Times article reporting that a number of firearms merchants had their bank accounts shut down, supposedly because of the Obama administration. “The experience of firearms and ammunitions merchants…calls into question the sincerity of the Department’s statements,” the report states. Fox News promoted this charge, declaring, “The Obama administration, after failing to get gun control passed on Capitol Hill, has resorted to using its executive power to try to put some in the firearms industry out of business, House Republican investigators say.”

The Justice Department maintains there’s no reason banks should feel threatened by the government for doing business with certain industries, including gun-dealers. The Justice Department official notes that when the department subpoenas banks, it’s looking for payment processors that might be engaging in fraud. “We’re not saying give us all the docs you have on risky businesses,” the official says.

What about the gun-sellers who say their bank accounts were shut down? One of the gun-merchants who was cited in the Washington Times, and who says he’s a victim of Operation Choke Point, first complained publicly about his dispute with Bank of America long before the initiative was launched. The other banks in the story wouldn’t say why they closed the accounts. The Justice Department official says the agency isn’t sure why the gun merchants’ accounts were allegedly shut down, because the information its investigations have obtained does not include any links to gun dealers. “Banks are making their own assessments, that’s not something we can control,” the official says. (Last month, when several news outlets reported that JPMorgan Chase & Co shut down the accounts of people in the porn industry because of Operation Choke Point, a Chase official told Mother Jones that the government program had nothing to do with the bank’s action.)

Rep. Elijah Cummings (D-Md.) and a number of other Democrats, including Sen. Elizabeth Warren (D-Mass.), support Operation Choke Point. “It is a mystery to me why Chairman Issa is attacking the Department of Justice for cracking down on fraud against American consumers,” Cummings tells Mother Jones. “Contrary to the chairman’s accusations, documents produced to the committee show that the Department is using lawful investigative techniques to reduce consumer fraud.” In over 850 pages of internal Justice Department documents that Issa released, there isn’t a single mention of firearms dealers.