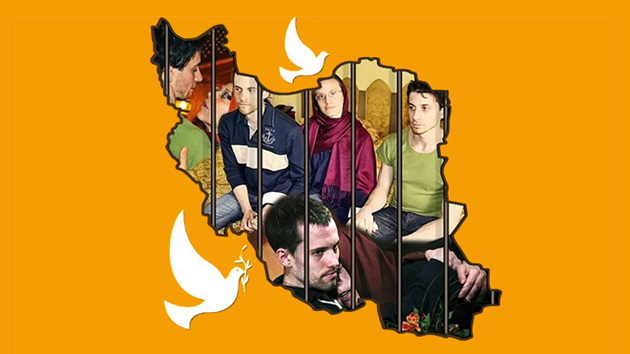 Yesterday I filed a lawsuit against the FBI, the CIA, and the State Department. I intend to persuade the government to release records that will reveal how it dealt with the imprisonment of Sarah Shourd, Josh Fattal, and myself in Iran from 2009 to 2011. The three of us were arrested near the Iranian border while on a hike in Iraq’s Kurdish region, which we were visiting on a short trip from Sarah’s and my home in Damascus. Sarah remained in prison for 13 months, and Josh and I for twice as long. For the two years that I was in prison, I wondered constantly what my government was doing to help us. I still want to know.

But my interest in these records is more than personal. Innocent Americans get kidnapped, imprisoned, or held hostage in other countries from time to time. When that happens, our government must take it very seriously. These situations cannot be divorced from politics; they are often extremist reactions to our foreign policy. Currently, Americans are being detained in Iran, North Korea, Afghanistan, Cuba, and other countries.

What does our government do when civilians are held hostage? Sarah’s, Josh’s, and my family, like others in similar situations, were regularly assured by our leaders—all the way up to the Secretary of State and the President—that they were doing everything they could, but our families were rarely told what that meant. Why is this information so secret, even after the fact? It is important to know how the government deals with such crises. Is there a process by which the government decides whether or not to negotiate with another country or political group? How does it decide which citizens to negotiate for and which not to? Are the reassurances the government gives to grieving families genuine, or intended to appease them? Do branches of government cooperate with each other, or work in isolation?

Some will say disclosing such things only helps our enemies. This is a common defense of government secrecy. The CIA seems to be taking this approach with my request by invoking “national security” in its denial. This logic can be applied to almost anything related to foreign policy. If Congress had not publicly discussed the ins and outs of going to war with Syria, for example, it might by some stretch of the imagination have given our military an edge. But without having to defend their positions to the public, members of Congress might have come to a different conclusion and decided to go to war. Obstructing public discussion on how the government reacts to crises impedes democracy.

It has become commonplace for government agencies to do everything they can to muddle the transparency mandated by the law.

We are fortunate in this country to have the Freedom of Information Act, which allows citizens to access unclassified government records. The Act originated in 1955 during the Cold War, when there was a steep rise in government secrecy. It was strengthened after the Watergate scandal. But transparency has since eroded, to the point that federal agencies often don’t abide by the terms of the FOIA without legal coercion. It’s been almost a year since I first filed FOIA requests with the FBI and State Department for records about our case. I filed with the CIA six months ago. The law gives government agencies up to 30 business days to determine whether they will release records. So far, however, no records have turned up. I am not surprised by this. Without a lawsuit, I would not expect to receive anything for years, if at all.

Years can pass before the government gets around to releasing records in response to FOIA requests. Last year, for example, the State Department notified me that it was ready to release around 700 documents in response to a FOIA request I had filed four years prior. The request regarded an Iraqi sheikh who was receiving what amounted to bribes in the form of inflated construction contracts from the US military, a scheme I wrote about for Mother Jones in 2009. Despite the fact that the war is now over, and the records will be much less significant than they might have been at the time, I told State I would indeed like to see them. I am still waiting.

It has unfortunately become commonplace for government agencies to do everything they can to muddle the transparency mandated by the FOIA, to the point where only people trained to get around stonewalling have any chance of succeeding. Take my request to the FBI for records about our case. The Bureau responded to my initial request with its standard denial letter: “Based on the information you provided, we conducted a search of the Central Records System. We were unable to identify main file records.” It’s a standard response—I’ve received it before—but I was surprised to see it this time. The FBI visited my mom’s home, spoke to my family repeatedly and they have no records?

In fact, the FBI letter is intentionally misleading. What they are saying is that they have failed to find a very particular type of records. As my attorney, Jeff Light, put it, the FBI “has main files on persons, event, publications, etc. that are of investigative interest to the Bureau. Imagine a file cabinet containing a series of folders. Each folder is titled with the name of a person, event, etc. When they are searching main files, they are searching the label on each folder. They are not searching any of the documents inside the folder.” In response, Light and I specifically named a long list of databases and records systems for the FBI to search. Nothing has turned up yet.

It is unfortunate that litigation has become a standard part of the FOIA process. It’s also unfortunate that the government is not transparent with people entangled in political crises about what it is doing to help them. While I was in prison, my mother walked out of meetings with politicians, frustrated with their inaction. After Sarah came home, she also asked the government to tell her what it was doing, and got nothing. We asked again after I was released. I wish I didn’t need to go to court to get an answer.