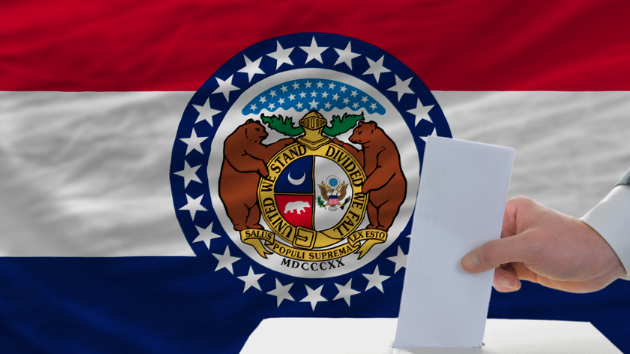 Missouri Republicans are pushing for a measure to expand early voting in the state. The move seems like a departure from the nationwide, GOP-led effort to shrink the window of time voters have access to the polls, but Democrats say it’s more of the same. The measure from Missouri’s Republicans, who in May failed to amend the state’s constitution to implement stricter voter ID requirements, comes at the same time as a citizen-led ballot measure that would expand early voting significantly. State GOPers say their version, which expands early voting by a much smaller amount and includes restrictions, will combat voter fraud and help voters make up their minds. But critics say the Republican-backed measure excludes days when working families and African American voters are more likely to hit the polls.

The hullabaloo started after Martin Luther King Jr. Day, when volunteers such as Greg Oelke, a retired pipefitter in Missouri, gathered signatures to place an initiative on the ballot that would give voters six extra weeks to get to the polls at multiple locations and provide time to vote on the weekends. Oelke, who often worked overtime on construction projects both in and out of Missouri, collected signatures around Springfield because he said it was hard for him to make it to the polls on Election Day. “Early voting is an issue that really means a lot to me,” he told Missouri Jobs With Justice, a group that helped organize the petition drive.

In early May, after hundreds of volunteers collected signatures in church basements and break rooms, citizens delivered a petition with more than 300,000 signatures to Missouri’s secretary of state, whose office has until August to verify the signatures and decide whether to place the measure on the November ballot. But Missouri Republicans won’t let that happen without a fight.

On April 1, a couple months after the petition drive had begun, Rep. Tony Dugger (R-Hartville) sponsored a competing measure. In May, the GOP-led House passed a version of the bill that expands early voting by six days—excluding the weekend—to a limited number of polling places, while also prohibiting same-day voter registration. If the citizens’ initiative is approved, both measures will appear on the ballot in November. “The testimony in the Legislature in favor of the sham early voting bill was actually testimony against early voting,” says Lara Granich, the director of Missouri Jobs With Justice. “That makes the real motivation behind it clear. They want it to be more difficult for folks to vote.”

GOP-led legislatures in other key swing states, including Ohio, North Carolina, and Wisconsin, have all recently advanced measures to cut down on early voting. Democrats contend that Republicans target early voting because people who utilize it—low-income voters and minority voters—tend to also vote Democrat, a perception fueled by President Obama success with early voters, the Associated Press notes.

Republicans have offered different theories as to why six days of early voting makes more sense than six weeks. Last week, state Rep. Paul Curtman (R-Pacific) told the Missourian that six weeks of early voting would give voters too much time to commit voter fraud. (Between 2000 and 2010, there were 13 credible cases of in-person voter impersonation nationwide.) State Sen. Brian Nieves (R-Washington) said that six weeks of early voting “invites and begs” voter fraud, because it’s not uncommon for people to lie about their addresses, or to have people vote who are not registered. Mother Jones reached out to both Curtman and Nieves for information about documented voter fraud cases in Missouri, but did not receive a response.

Dugger, who introduced the measure, did not comment on the voter fraud allegations. He told Mother Jones that six weeks of early voting is too much because voters who cast a ballot early might end up changing their minds by Election Day. “I don’t want anyone to feel as if they wasted their their vote,” he says, noting that keeping the polls open for six weeks is a financial burden. “I think six days is a reasonable step.”

Granich argues that “if you are juggling two jobs and a family, six more days of bankers’ hours does nothing for you. This is really a cynical attempt to confuse voters.” Denise Lieberman, senior attorney at the Advancement Project, says that other states have demonstrated that early voting makes voting significantly more accessible, and voters aren’t required to vote early. As for the argument that early voting could promote voter fraud, she says, “I find it flabbergasting.”