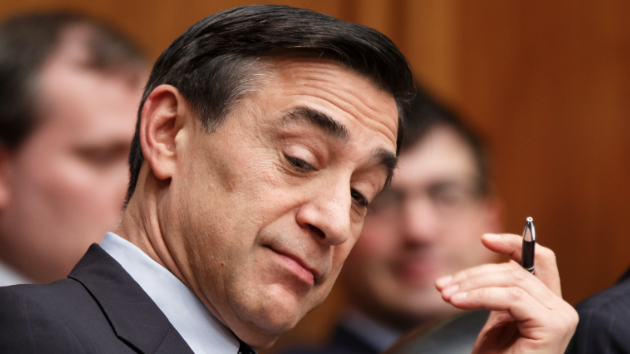 The Washington Post broke a big scoop on Tuesday with the news that US special forces, working with FBI agents, mounted a secret raid in Libya this past weekend that captured Ahmed Abu Khattala, who is suspected of masterminding the attack on the US diplomatic facility in Benghazi that resulted in the death of Ambassador Christopher Stevens and three other Americans. The Post story noted that the operation had been months in the making. In fact, US Special Forces had a plan to apprehend Abu Khattala last October, days after US commandos in Tripoli snatched Nazih Abdul-Hamed al-Ruqai, who was accused of bombing US embassies in East Africa in 1998. But that attempt to apprehend Abu Khattala had to be called off at the last minute.

So for a long stretch, maybe a year or more, the Obama administration had been trying to figure out how best to grab Abu Khattala, who was identified as a possible Benghazi ringleader soon after the September 11, 2012, assault. Yet for much of that time, Republican critics of the president have repeatedly criticized Obama for not capturing the Benghazi perps. Even though it took a decade to nab Osama bin Laden, GOPers have depicted Obama as feckless on the Benghazi front, with some even saying that he was not truly interested in bringing the Benghazi killers to justice.

Here’s a sampling of those GOP attacks:

Sen. Ted Cruz (R-Texas): In November, Cruz criticized the Obama administration for failing to use a State Department program that offers rewards to people with information about terrorists in order to track down the Benghazi attacker: “The State Department’s Rewards for Justice Program exists to help the US identify and apprehend its enemies, but the Obama administration has not used it to pursue the terrorists who attacked our personnel in Benghazi,” he said.

Rep. Darrell Issa (R-Calif.): In August, Issa, the chairman of the House Committee on Oversight and Government Reform, which has held numerous hearings on the Benghazi attack, harped on the administration’s “delay” in apprehending Abu Khattala: “If our government knows who perpetrated the attack that killed four Americans, it is critical that they be questioned and placed in custody of US officials without delay,” he said.  “Delays in apprehending the suspected Benghazi killers will only put American lives at further and needless risk.”

Sens. Lindsey Graham (R-S.C.), Kelly Ayotte (R-N.H.), and John McCain (R-Ariz.): In a February letter to Obama, the three GOP senators wrote, “In almost 17 months, none of the terrorists have been brought to justice. The families of the murdered Americans deserve to see the terrorists brought to justice. Moreover, terrorists around the world need to know that if they kill Americans, we will hunt them down and bring them to justice. Allowing terrorists apparently involved in the attack to sit and give interviews in cafés sends a dangerous message that there are no consequences for killing Americans.”

Rep. Jason Chaffetz (R-Utah): “[L]et’s not forget the Benghazi terrorist attackers,” Chaffetz told USA Today in October. “There’s been no visibility on whether or not we’re pursuing that.”

Rep. Frank Wolf (R-Va.): In August, when the Justice Department filed charges against Abu Khattala, Wolf suggested the administration wouldn’t have acted without Republican pressure. “I think they’re feeling pressure to do something, to show they’re making progress,” he told the Washington Times, adding that charges against suspects have likely been delayed by “confusion” among US law enforcement authorities.

By now, it should be obvious: It can take a while—even years—to capture a suspected terrorist overseas. (Ruqai, the embassy bombings suspect, was apprehended 15 years after the attacks.) Yet that didn’t stop these Republicans and other conservatives from slamming the president and suggesting publicly—in a real underhanded dig—that Obama was not seeking the murderers of Benghazi. Now what will they say? That his heart wasn’t really in it?