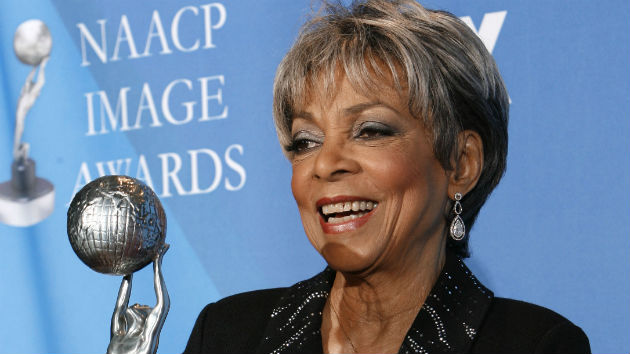 On Wednesday, actress Ruby Dee passed away at the age of 91. Her long career brought her much acclaim and many honors, including an Academy Award nomination for her work in Ridley Scott’s American Gangster. She, along with her late husband and fellow actor Ossie Davis, was also famous for her civil rights activism, which dated back to the 1950s.

Dee began attending protests as a child, joining picket lines to campaign against hiring discrimination. She and Davis emceed the 1963 March on Washington where Martin Luther King, Jr. delivered his landmark “I Have a Dream” speech. They rallied against apartheid in South Africa. In 1999, they were arrested while protesting the death of Amadou Diallo, an unarmed immigrant from Guinea, who was gunned down by four NYPD officers. And the list goes on.

“I never remember, like, saying, ‘I’m gonna join the civil rights movement’—that’s all I knew all my life, some aspect of it, even before it was called the civil rights movement,” Dee once told an interviewer from the Archive of American Television. “When I first, years ago, saw my first picture of black men hanging from trees, well, I could scarcely know the meaning of things. Or, I remember things that stuck in my head, this family strung up and the woman was pregnant and they opened the belly up, the baby had fallen out…So I can’t say that I joined [the civil rights movement]; I was born into it. Racism is a disease of democracy. Our country could be one of the greatest countries that god ever imagined, were it not for this thing of racism…This grand experiment that is America is tainted by racism and bigotry, and these kinds of hatreds…This ridiculous thing of racism.”

Via New York’s PIX11 News, here is footage of Dee in 1969 reading the names of young black men killed by police officers:

“Ruby Dee was…a woman who believed deeply in fairness, a conviction that motivated her lifelong efforts to advance civil rights,” SAG-AFTRA president Ken Howard said in a statement. “The acting community—and the world—is a poorer place for her loss.” 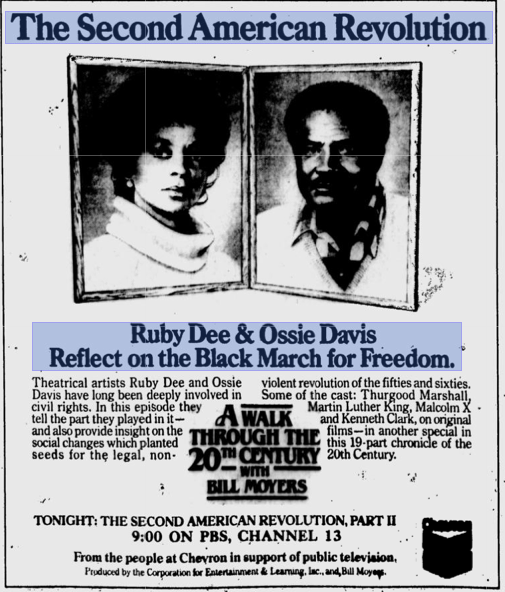