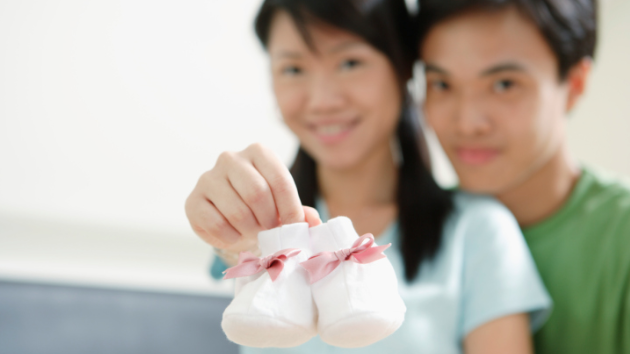 Last year, when lawmakers across the country proposed 476 new restrictions on abortion and reproductive rights, few bills were more popular than bans on sex-selective abortions. The bans, on the books in eight states, make it a crime to perform an abortion for a woman who is motivated by her fetus’ sex.

But debates around these bans have been lacking something: cold, hard proof that there is a “growing trend,” as a failed US House bill put it, of women in the United States having abortions to select for gender. Instead, anti-abortion activists have justified these bans on the basis that there are Asian women immigrating to America—women who supposedly bring with them cultural biases against having girl children.

This week, the University of Chicago Law School released a new study that scrutinizes large sets of data for evidence of sex-selective abortions in America. Titled “Replacing Myths with Facts: Sex-Selective Abortion Laws in the United States,” the paper kneecaps the racist arguments behind the bans.

The authors draw on an analysis of US birth data, numerous interviews in the field, and a broad survey of peer-reviewed social-science publications to identify and bust numerous myths used to promote sex-selective abortion bans. Notably, the study undermines one of the only pieces of empirical support proponents of these bans can point to, a 2008 paper by economists Lena Edlund and Douglas Almond. Edlund and Almond concluded that when foreign-born Chinese, Korean, and Indian women have two daughters, their third child will tend to be a son—a trend that suggests sex-selective abortions are being performed, ban proponents say. Their source is US census data that is nearly 15 years old. The University of Chicago study, using newer data from the 2007 and 2011 American Community Survey, found that when all their children are taken into account, foreign-born Chinese, Korean, and Indian parents actually have more daughters than white Americans do.

The study also notes that India and China are not, as proponents of these bans claim, the only countries with male-biased sex ratios. In fact, the countries with the highest ratios are Liechtenstein and Armenia.

Remarks made by South Dakota Republican state Rep. Don Haggar this spring, as his state debated its ban, provide a typical example of how lawmakers link Asian immigrants to a rise in sex-selective abortions: “Let me tell you, our population in South Dakota is a lot more diverse than it ever was,” he said. “There are cultures that look at a sex-selection abortion as being culturally okay…[It’s] important that we send a message that this is a state that values life, regardless of its sex.”

But the authors found evidence that the opposite is true. “Recent polling data refutes the existence of son preference among Asian Americans in the United States,” they write. Below are the results of a 2012 survey that asked Asian Americans the following: “In some countries, people are allowed to have only one child. If, for whatever reason, you could only have one child, would you want it to be a boy, a girl, or does it not matter?”

Other myths the study addresses include:

Finally, the study makes the case that sex-selective abortion bans are just another inventive way to restrict abortion. It rejects arguments, by anti-abortion rights groups and lawmakers, that these bans are feminist and protect women. “An analysis of voting records in the six states that have enacted sex-selective abortion bans in the last four years shows that votes on the laws closely follow party lines, with overwhelming support from Republican legislators,” the study says.

The study sources the recent wave of sex-selective abortion bans to a 2008 article by Northwestern Law professor Steven Calabresi: “Key to eroding Roe v. Wade…is to pass a number of state or federal laws that restrict abortion rights in ways approved of by at least fifty percent of the public,” Calabresi wrote, such as a ban on abortion for sex selection.