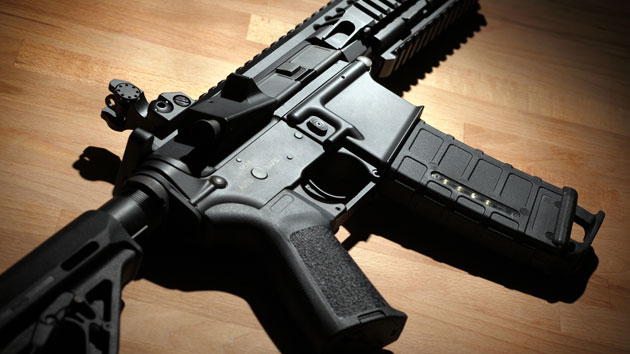 When students in the Compton Unified School District return to classrooms on Monday, some of them will have new pencils or notebooks. Their teachers will have new textbooks. But this year, the district’s campus police will be getting an upgrade, too: AR-15 rifles.

The board of the Los Angeles-area school district approved a measure to allow the campus cops to carry the new guns in July. The district’s police chief, William Wu, told the board that equipping school police with semi-automatic AR-15s is intended to ensure student safety.

“This is our objective—save lives, bottom line,” Wu told the board.

Crime is a serious problem in Compton, an independent jurisdiction south of downtown Los Angeles. In the 12 months preceding July, the city of nearly 100,000 experienced 28 murders, making it the 11th-deadliest neighborhood in the county, according to a data analysis by the Los Angeles Times.

But the choice to make Compton school police the latest local law enforcement agency to adopt military-style weapons was less about dealing with street crime than it was about preventing more exotic incidents like mass shootings. At the board meeting, Wu cited an FBI report released in January that found that 5 percent of “active shooters”— or shooters which are conducting an ongoing assault on a group of people—wore body armor, which can stop most bullets fired from handguns. To make his case, Wu cited a range of examples, including the Mumbai terrorist attacks and the University of Texas shooting in 1966, in which a student killed 16 people from the campus clock tower, out of range of police sidearms. (The student was eventually killed when a group of police climbed the tower and shot him at close range.)

“They will continue until they are stopped,” Wu said, at which point a board member interjected.

“No, they will continue until we stop them,” he said. “Compton Unified School Police…holding it down.”

“These rifles give us greater flexibility in dealing with a person with bad intent who comes onto any of our campuses,” Wu said in a statement. “The officers will keep the rifles in the trunks of their cars, unless they are needed.”

Compton is not the first district in the Southern California to allow AR-15s on its campuses. At the meeting, Wu said that Los Angeles, Baldwin Park, Santa Ana, Fontana, and San Bernardino all allow their officers to use the same weapons.

Compton school police last made news in May 2013, when a group of parents and students filed a suit against the department, alleging a pattern of racial profiling and abuse targeting Latino students. The complaint said that officers beat, pepper-sprayed, and put a chokehold on a bystander who was recording an arrest with his iPod. The group also claimed that Compton school police used excessive force against students and parents who complained that English-as-a-second-language programs were underfunded. (The case is ongoing.)

Wu said at the board meeting that seven officers have already been trained to use the new weapons. He said all officers would be purchasing their own weapons. The guns will be the officers’ personal property, but they could be bringing them to work as early as September.