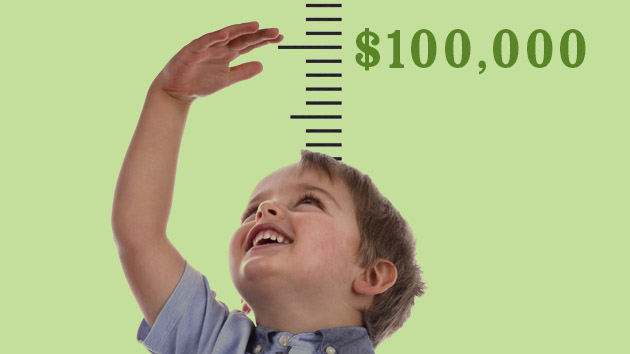 Amid the raging, only-in-August debate over whether it is ever okay to recline your airplane seat, a good dose of schadenfreude has been directed at the vertically advantaged, as summed up by this tweet from one of my own bosses:

Tall people: the pain you feel when someone reclines their airline seat is a small taste of your lifelong privilege: http://t.co/up4wZ5Caql

It’s true: Being of above average height, particularly if you’re a man, does come with significant perks beyond having your own weather patterns. As a 2004 paper on the economic advantages of height explains, researchers have found that taller people are seen as more persuasive, more attractive, and more likely to become leaders: “Indeed, on the latter point, not since 1896 have U.S. citizens elected a President whose height was below average; William McKinley at 5 ft 7 in. (1.7 m) was ridiculed in the press as a ‘little boy’.” That paper calculated that a 6-foot-tall person can expect to earn $166,000 more over a 30-year career than someone who is 5-foot-5. In another 2004 article, researchers concluded that “a sizable fraction of the population” might consider taking Human Growth Hormone as teenagers to ensure bigger paychecks as adults. (They estimate that teens see a 1.9 to 2.6 percent increase in future earnings for every additional inch of height.)

That tall dudes get an extra leg up in the job market is borne out by data from the Centers for Disease Control’s Behavioral Risk Factor Surveillance System, a survey of more than 500,000 Americans’ health and demographics.

What does any of this have to do with modern air travel? Nothing. Just don’t be a jerk.