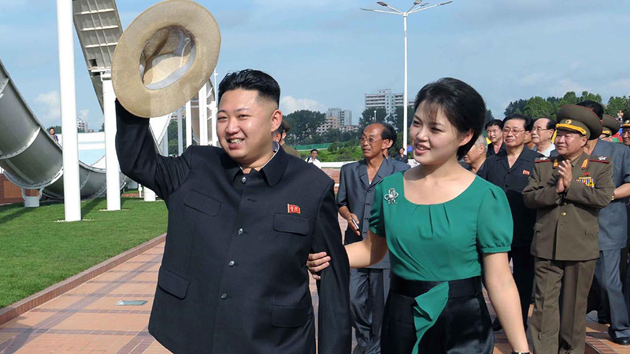 North Korea’s Kim Jong-Un—known as “Supreme Leader,” or “Fatty the Third,” depending on where you are—has been conspicuously absent over the past month. At a July event, he was seen walking with a limp, and he hasn’t made a public appearance since September 3rd. That’s unusual for Kim, who made 25 public appearances in July alone. North Korean State media was forced to admit he’d been suffering from “discomfort.”

Most observers figured Kim was sidelined with gout, which might as well be a Kim family tradition. Today, Kim was expected to make a comeback for a deeply important annual event—the anniversary of the founding of North Korea’s Workers’ Party. He was, shockingly, a no-show. No one ever knows what’s really happening in North Korea, but the rumor mill, abuzz for weeks, has gone wild with speculation. Here’s some of the craziest rumors the world’s come up with to explain Kim’s extended absence:

1. Kim is being phased out as leader of North Korea. Some version of this is fast becoming a popular take on the situation. The Daily Beast‘s Gordon C. Chang posited that Kim may have been “politically weak” this whole time and kept around as a pawn because of the cult of personality surrounding his family. Chang suggests that a shadowy group of army officials—led by Gen. Hwang Pyong So—could be moving to take power, rendering Kim nothing more than a figurehead.

2. There was a straight-up coup, and Kim fled. In a more extreme version of Rumor 1, some are saying that Kim did indeed exercise total control, and that a coup was staged to get rid of him. People are even saying his wife was executed. Super-credible “Pyongyang watchers” point to tightened security in the capital, an odd shuffle of party leaders and dissatisfaction with Kim’s violent rule to back this one up. So who’d want to take him out? The army is a candidate, as is Kim’s powerful but little-known younger sister, who could’ve made a play. If you’re wondering how seriously to take these rumors, consider that some people thought a particular general—Vice Marshal Jo Myong-Rok—overthrew Kim. That guy is dead.

3. Kim was addicted to cheese. Judging from state media coverage, Kim has steadily put on weight since taking power. His alleged cheese addiction—he’s rumored to have sent out officials to procure rare, expensive cheese in Europe—may be the culprit. An Indian newspaper reported that cheese-induced gout didn’t strike Kim: apparently, his ankles broke because he got too fat. So, he may be recovering in a hospital, or cheese rehab.

4. Kim got too excited in a military drill and injured himself. A British tabloid alleged, among other things, that Kim walked with a limp after involving himself in a military drill. After “crawling” and “rolling around,” he’s said to have “injured his ankle and knee… because he is overweight.”