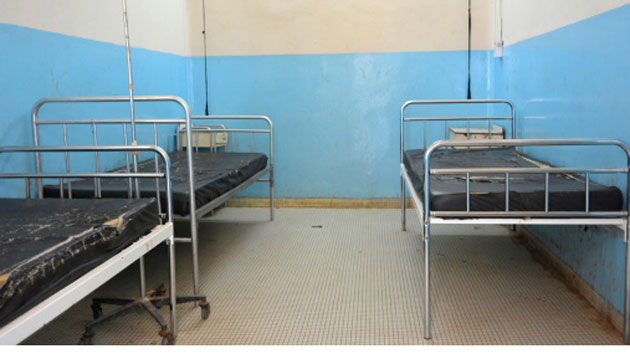 Abortion is prohibited in Kenya except under certain circumstances, forcing hundreds of thousands of women underground every year to receive treatment. But it’s not just these women who are putting their lives in danger: Late last week, the Kenyan high court gave a nurse the death penalty after a patient and her fetus died during an illegal abortion.

The nurse, Jackson Namunya Tali, saw a teenage girl who’d recently come to the Nairobi area for a job as a domestic worker, according to the Daily Nation, Kenya’s largest newspaper. Having had one child already, she decided to get an abortion upon getting pregnant a second time. The teen went to Tali for help after being turned down elsewhere.

Tali took the patient to an office—widely assumed by neighbors to be a dental clinic—and performed the abortion. Yet something went wrong and the woman started to bleed out. Tali wrapped her in sheets and drove her to a hospital, but it was too late. She died in the car.

Despite some loosening of the rules in recent years, the right to an abortion is still extremely limited in Kenya. Women are only allowed to receive one when necessary “for emergency treatment” in the eyes of a “trained health professional,” or when the woman’s life is in danger.

Tali was a licensed registered nurse, and when the girl came to his home seeking help, she was allegedly in severe pain, but it’s unclear if her condition was a medical emergency under Kenyan law.

Tali’s wife told the Daily Nation that he only wanted to help the woman. The judge presiding over the case, however, didn’t think his good intentions mattered. “The only question is, who interfered with the fetus?” he asked in his ruling. “It is only the accused who can answer since he attempted to secure the abortion…He has killed two people; a fetus and a mother. The only sentence available in law is the death penalty.”

For most of Kenya’s history, abortion was outlawed entirely. In 2004, the high court sentenced a gynecologist and two nurses who’d performed abortions to die for the murder of several fetuses. (All three were eventually acquitted for lack of evidence.)

In 2010, the country revisited the issue, and American-backed anti-abortion activists fought to keep the prohibition on the books, promising to spend “tens of thousands of dollars” to defeat a proposed constitution with a provision allowing for abortions in the case of an emergency. That campaign failed, and the constitution passed. But legal abortions are still largely out of reach.

As we reported last year, Kenya’s own health ministry issued a study arguing that greater access to abortions would not only save the lives of countless women but also save the entire health care system money by reducing the instance of abortion-related complications. In 2012, an estimated 465,000 women underwent an abortion in Kenya. Of these, more than a third were treated for complications. Seventy-seven percent of those women endured complications that were “moderately severe” or “severe.” Worse still, 266 women die for every 100,000 unsafe abortions in Kenya. “Improved access to high-quality comprehensive abortion care…will not only save lives, but also reduce costs to the health system,” the report said.

Kenya’s legislature did not adopt that recommendation. And following Thursday’s judgment, underground abortions are now all the more risky for both women and the people who operate on them.