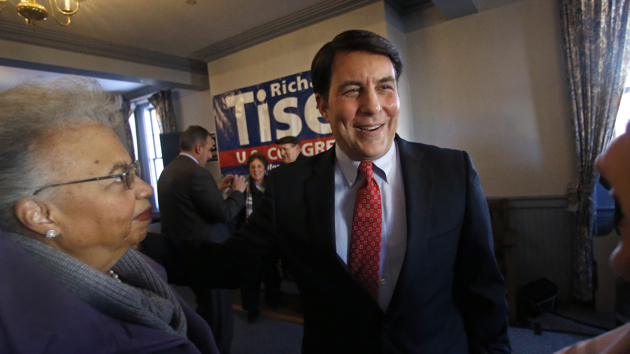 The Republican Party is slowly beginning to accept the existence of gay people among its ranks. As I wrote last month, there are two openly gay GOP candidates running for the US House this year—both with the support and financial backing of the national party (a third prominent openly gay candidate lost in a primary). But the social-conservative groups that have long held sway over the party aren’t taking the change lightly.

Late last week, three anti-gay-rights groups—the National Organization for Marriage (NOM), the Family Research Council (FRC), and CitizenLink—sent a letter to national Republican leaders declaring their intention to actively oppose openly gay Republican House candidates Carl DeMaio and Richard Tisei, as well as Oregon Senate candidate Monica Wehby, who has endorsed gay marriage. “This decision was reached,” the groups wrote, “only after having exhausted all attempts to convince the Republican leadership of the grave error it was making in advancing candidates who do not hold core Republican beliefs and, in fact, are working to actively alienate the Republican base.”

The groups sent the letter to John Boehner, Mitch McConnell, and the leaders of the Senate and House election committees, claiming DeMaio, Tisei, and Wehby are “terrible role models for young people.” The organizations not only criticized the official Republican apparatus from supporting such candidates, but also vowed to launch a “concerted effort” to encourage people to vote against them.

Tisei is firing back. “I think that the majority of people at this point look at organizations like that as going backwards rather than forwards,” he said in an interview with Mother Jones. “I think [DeMaio] and myself represent the threat that we’re people who will be able to move the debate forward and help change the Republican Party. That scares a lot of those groups that are in existence primarily to hold people back.”

Tisei says that he hasn’t heard anything from the national groups regarding the letter from NOM and FRC, but isn’t concerned that the party would retract its support just because social-conservative groups are in a tizzy. “I think most party leaders recognize that the majority of younger Republicans have a different opinion and eventually the party needs to move in the right direction,” he says.

The Republican Party is still walking a narrow line when it comes to LGBT issues. The leaders of the party recognize that opposition to same-sex marriage is often a nonstarter among the young voters they need to win back, but the party still needs the religiously conservative voters that haven’t come around on marriage equality. Party leaders seem perfectly willing to accept a few gay candidates. But they won’t allow any meaningful consideration of ways the law could change to improve life for LGBT folks.

For a Republican running in a blue state like Tisei in Massachusetts, critiques from the far-right may prove more useful than detrimental; it gives him an opportunity to present himself as a middle-of-the-road, moderate candidate, attacked from all sides. “As a gay Republican, you’re under siege from both the left and the right, cause you’re a threat to both,” he says. “The left wants to keep things exactly the way they are for political reasons—they want their voting bloc to not be dissipating, they don’t want to have two parties who are good on the issue. Those on the far right don’t want to see the Republican Party change at all.”