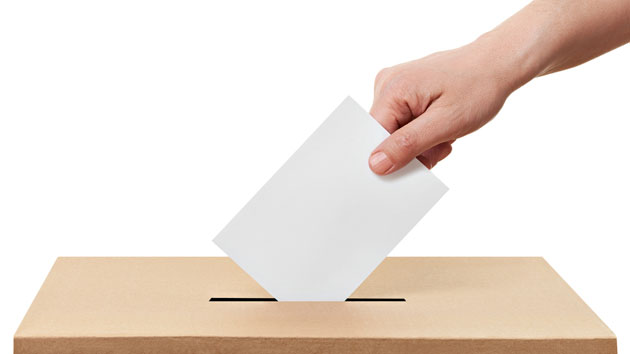 As candidates across the country are kicking their get-out-the-vote efforts into high gear, many states are feverishly litigating to defend newly implemented voting restrictions that could prevent many voters from casting a ballot. The outcomes of those cases could shape critical races—and even influence which party wins control of the US Senate.

In a way, Barack Obama can be blamed for this. In 2008, his historic campaign inspired record turnout, drawing more people to the polls than the country had seen in 40 years. Almost all of the record increase came from black, Hispanic, and young voters, who tended to vote Democratic. Republican governors and GOP-controlled state legislatures, not surprisingly, saw this as a problem. They responded by throwing up a host of new obstacles to voting that disproportionately affect black, Latino, and low-income voters.

Since the last midterm elections in 2010, 22 states have passed strict new voting restrictions, according to the Brennan Center for Justice. Some of those measures took effect before the 2012 election, as in Florida, where long lines at polling stations apparently deterred at least 200,000 people from voting that year. Nationally, fewer people cast votes in the presidential race in 2012 than in 2004, even though the country saw the number of eligible voters increase by 8 million. In 15 states, this year’s midterms will mark the first federal election with a host of these new voting restrictions in action.

The most recent wave of laws was enabled by the 2013 US Supreme Court decision in Shelby County v. Holder. That decision, in which the court essentially declared racism over, undermined a key provision of the Voting Rights Act. It ended the requirement that some states, particularly in the South, had to seek Justice Department approval for changes in their voting laws. GOP-controlled legislatures in states with large minority populations immediately began passing restrictive voting laws that the VRA had previously blocked. Within months of the decision, six states previously covered by that part of the act advanced new laws that critics claimed would create hurdles for minority voters.

The measures included shorter voting hours, restrictions on voter registration drives, and the requirement that voters present a government ID or proof of citizenship to cast a ballot. All of these laws were passed under the guise of ensuring voting integrity and preventing fraud, but not one of them was backed with empirical evidence that voter fraud was a problem.

Those laws are now poised to take effect in time for the 2014 midterm elections. But most have been challenged in court. With several of these cases not yet decided, there’s no telling what impact these restrictions will have in key races. States—including Texas, Ohio, Wisconsin, Arkansas, and North Carolina—are currently litigating constitutional challenges, even as they mail out absentee ballots or are about to do so. The US Supreme Court has already stepped into the fray in Ohio and has been asked to do so in Wisconsin on an emergency basis.

Here’s a rundown of several voting rights hotspots, where restrictive voting laws are still being challenged and the courts may play a big role in how this year’s elections are run, and thus, determined.

North Carolina: This state’s recent voting law is among the most restrictive in the nation. It’s obviously aimed at keeping black and low-income people from voting. Last summer, Republican legislators took virtually every one of the different individual measures other states have used to obstruct minority voting and packaged them into a single bill. The legislation included a voter ID provision and restrictions on early voting and voter registration drives. It ended same-day voter registration and expanded opportunities for outside “poll watchers” to hassle voters about their eligibility.

More than half of the state’s residents and 70 percent of African American voters in North Carolina used early voting in 2008 and 2012. In the last midterm election, 200,000 people voted during the seven days of early voting that have now been eliminated, and 20,000 used same day registration.

The League of Women Voters and civil rights groups have filed suit against the state to block the law from taking effect before the 2014 election, arguing that its provisions discriminate against African Americans, violate the Voting Rights Act, and create an unconstitutional burden on voting. The Justice Department has intervened on the side of the civil rights groups.

North Carolina is the site of a host of hotly contested political races this year. A state supreme court seat is up for grabs. Former Democratic Rep. Mel Watt’s seat is open for the first time in many years. And there’s a close Senate race between incumbent Democrat Kay Hagan and Republican Thom Tillis, the speaker of the North Carolina House of Representatives who pushed the voter suppression law in the state legislature last year.

African American voters make up 15 percent of the state’s electorate. As Donna Brazile, the Democratic National Committee’s vice chair of voter registration, told McClatchy recently, even a 1 percent difference in turnout could determine whether Hagan keeps her seat.

In August, a trial court judge ruled the voting law could go forward. But on October 1, a federal appeals court reinstated same-day registration but left standing the restrictions on early voting. The court did, however, suggest the decision wasn’t the end of the case, noting that the League of Women Voters and civil rights groups could still win at a trial that can now proceed.

Wisconsin: Legal fights over a voter suppression law are ongoing and could potentially influence the reelection prospects of embattled GOP Governor Scott Walker. In 2011, the GOP-controlled state legislature passed a measure requiring voters to present a government-issued ID in order to cast a ballot. The US Supreme Court upheld a similar measure in Indiana in 2008, arguing that the plaintiffs hadn’t proved the law would disenfranchise any voters. The decision set off a wave of similar bills in other states.

The ACLU and other voting rights groups sued Wisconsin and challenged the voter ID law in 2011. At trial, they proved that more than 300,000 Wisconsin voters lacked the proper ID, and many of them were likely minority voters. In April this year, a federal district court judge ruled that the law violated the Voting Rights Act and that the number of people disenfranchised vastly overshadowed any potential voter fraud that might be prevented. The judge found no evidence that such fraud existed, and she prevented the law from taking effect before the 2014 elections.

But a federal appeals court lifted the stay in early September, and that court reaffirmed the decision on Monday, officially overturning the trial court, based on the Supreme Court’s decision in the Indiana voter ID case from 2008. The decision has created electoral chaos in the state, as about 12,000 absentee ballots had already been sent out without any mention of the ID requirement. The ACLU has filed an emergency appeal to the Supreme Court to try to block the law’s implementation before November.

Ohio: In 2004, the state became famous for the long lines of voters who stood in the rain for hours waiting to cast a vote. To remedy the problem, the state implemented early voting, expanded absentee voting, and other reforms. By 2008, the voting problems were mostly solved, and that year’s election went smoothly.

But in 2008, a different sort of voter took advantage of the state’s new voting procedures: “Before 2008, early voters were predominately middle class and upper income, people plugged in, who were aware there was early voting,” says Dale Ho, director of the ACLU’s voting rights project. “They skewed older, right of center. No one had problems with early voting back then. Then 2008 rolls around and the script got flipped.” This time, young people, minorities, and lower income Ohioans flocked to the polls early. That’s when politicians suddenly decided early voting was a problem, Ho says. *

In 2011, the legislature passed a bill that got rid of what’s known as the “Golden Week,” a period in which citizens could both register and vote early on the same day. Supporters of early voting and same-day registration successfully put a referendum on the ballot that could have overturned the restrictive law, but legislators, apparently chagrined, repealed the law before the referendum could pass. Then in 2012, the Republican secretary of state, Jon Husted, cut three days of early voting before the election for all non-military voters. The Obama campaign sued and forced the state to restore those voting days.

This year, the GOP-controlled state legislature again passed a bill ending the “Golden Week,” and Husted issued a rule severely restricting the early voting that remained. (This rule prevented, for instance, early voting on Sundays.) The ACLU and several civil rights groups filed suit challenging these restrictions. In early September, a trial court reinstated the Golden Week, a decision affirmed by a federal appeals court on September 25. But four days later—the day before early voting was slated to start—the US Supreme Court intervened, effectively ending the week of early voting and same-day registration again, at least until the case is tried.

Where this leaves Ohio for the November election is unclear. But one thing is certain: if these restrictions stand, lots of people won’t vote. More than 150,000 people voted early in 2012. At stake in Ohio in this November election is the degree to which Republicans will control the state legislature: Right now, Republicans hold a veto-proof majority of the state House by a single vote.

The backers of these laws insist there is no partisan design behind them. But that argument rings hollow with Ho. He says when a state like Ohio or North Carolina implement measures to make it easier to vote and then retracts those measures after people actually use them to vote, “that has to make people suspicious.”

Correction: This sentence has been edited for accuracy.