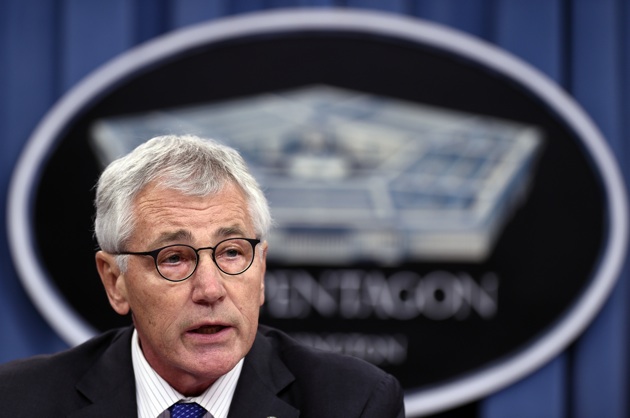 President Barack Obama is expected to announce the resignation of Defense Secretary Chuck Hagel on Monday. The New York Times reports that the president’s decision to ask Hagel to step down follows a series of meetings, which concluded that a change in leadership was needed in order to deal with international threats including the Islamic State.

Candidates for Hagel’s replacement reportedly include former Undersecretary of Defense Michelle Flournoy, former Deputy Secretary of Defense Ashton Carter, and Senator Jack Reed (D-R.I.) Hagel, the only Republican in the president’s national security team, is expected to remain until a successor is named.

Less than two years on the job, this is the first major resignation from Obama’s cabinet following the Democrats’ disappointing midterm elections. From an administration official:

Over the past two years, Secretary Hagel helped manage an intense period of transition for the United States Armed Forces, including the drawdown in Afghanistan, the need to prepare our forces for future missions, and tough fiscal choices to keep our military strong and ready. Over nearly two years, Secretary Hagel has been a steady hand, guiding our military through this transition, and helping us respond to challenges from ISIL to Ebola. In October, Secretary Hagel began speaking with the President about departing the Administration given the natural post-midterms transition time.

Earlier this month, Hagel announced the country’s nuclear weapons program would be undergoing a massive overhaul after the Pentagon released a review citing antiquated equipment and poor leadership plaguing the nuclear forces.