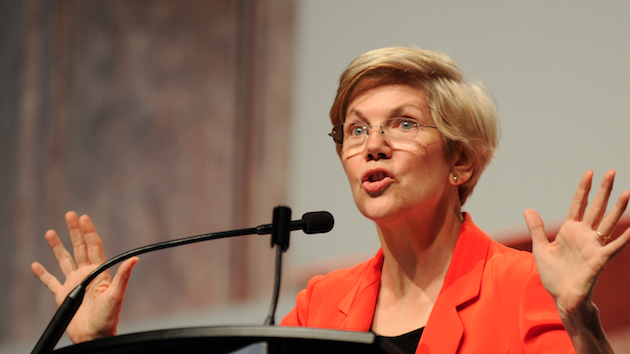 Update, Monday, January 12, 2015: On Monday, Antonio Weiss asked that the White House withdraw his nomination for Treasury undersecretary for domestic finance, according to Politico.

Weiss’ job at Treasury would include overseeing the implementation of Wall Street reforms and consumer protection measures. He would help shape banking rules that the Treasury Department and other financial regulators must finalize over the next two years. And he would be in the room with congressional leaders and administration officials negotiating over GOP proposals that would water down financial reforms.

Weiss has spent the past 20 years at Lazard, an asset management firm that advises companies on mergers and acquisitions. He is now the firm’s head of investment banking. Warren contends that Weiss is not the right man for the job because he has no experience in banking regulation and is too cozy with the financial sector. And she is leading the effort to take him down. In November, Warren vowed to vote against Weiss’ confirmation, and her political operation blasted out an email ginning up opposition to him. In an op-ed in the Huffington Post last month, she said the Weiss nomination “tells people that whatever goes wrong in this economy, the Wall Street banks will be protected first.”

Warren contends that Weiss is not the right man for the job because he has no experience in banking regulation and is too cozy with the financial sector.

A source familiar with the administration’s thinking says that Weiss’ background does not determine what policy positions he may take if confirmed. But since he has little regulatory experience and most of his relationships are with people in finance, a Democratic aide tells Mother Jones, those are the people he will likely listen to.

A White House spokeswoman declined to comment on how Weiss’ connections to Wall Street might conflict with his mandate to protect consumers, noting only that “Antonio Weiss is a highly qualified nominee and we look forward to the Senate’s consideration of his nomination and swift confirmation.” Weiss did not respond to a request for comment.

Weiss will have a long to-do list if he’s confirmed. Not only would he weigh in on banking rules, he would also advise the president on whether to compromise with Republican efforts to modify the Dodd-Frank Wall Street reform bill. (Obama will veto any all-out attack on Dodd-Frank, but Republicans could slip smaller measures to water it down into larger pieces of legislation that must get passed.) Here are some of the issues that could come across Weiss’ desk:

The administration source says that Weiss’ résumé does not mean that he would work to weaken rules on the financial industry. The source adds that if Weiss is confirmed, he would no longer have ties to his former employer; ethics rules require that he divest his holdings or put his investments in a blind trust.

Weiss’ defenders—including Gene Sperling, a former senior economic policy maker in both the Obama and Clinton White Houses, and Neera Tanden, the president of the liberal Center for American Progress—say that his policy stances largely line up with Warren’s positions. He has called for higher taxes on the rich and a more progressive tax code. Treasury Secretary Lew told the New York Times last month that Weiss opposes US companies moving overseas to avoid domestic taxation—even though his firm has helped companies do just that.

That hasn’t mollified Warren and the crew of progressives she has lined up behind her. Sens. Dick Durbin (D-Ill.) and Bernie Sanders (I-Vt.) have also formally declared their opposition to Weiss.

Warren’s anti-Weiss broadside is just the latest in her battle to push the Democratic party to the left. “This is not at all about Antonio Weiss,” Steve Rattner, an investment banker who worked on the 2009 auto industry bailout, told Politico on Wednesday. “It is part of a much broader narrative of the fight for the soul of the Democratic Party and whether so-called progressives are going to capture that or whether more mainstream Democrats…are going to retain it.”

Weiss’ confirmation process likely won’t get going until after Republicans take control of the Senate in January. He may be able to win confirmation with largely Republican votes.