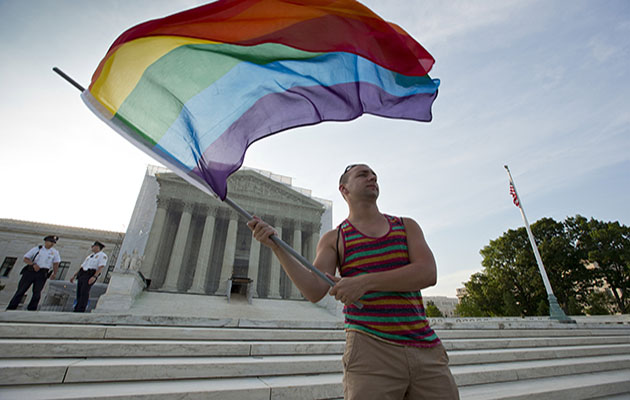 Update, May 20, 2015: The following study was retracted following allegations the data had been faked by a co-author. “I am deeply embarrassed by this turn of events and apologize to the editors, reviewers, and readers of Science,” author Columbia University political science professor Donald Green said.

The original article follows but be forewarned that its contents are no longer credible given this revelation:

A recent study suggests that a single conversation between a gay person and a same-sex marriage opponent may have the power to change the person’s mind on the issue.

The study, published last week in the journal Science, analyzed data collected by the Los Angeles LGBT Center after it sent pro-gay marriage canvassers to areas of southern California that had voted overwhelmingly in favor of Proposition 8, which banned same-sex marriage in California in 2008 until the Supreme Court overturned it in 2013. Starting in 2009, canvassers—both gay and straight—engaged in over 12,000 brief one-on-one conversations with those precincts’ registered voters about either gay marriage or, with a placebo group, recycling. The survey found that respondents who had discussed gay marriage showed less prejudice towards gay people following their chat with the canvasser than those who had discussed recycling.

But these conversations weren’t equally effective across the board: At a certain point in the initial conversation, the gay canvassers had been instructed to reveal that they were gay and hoping to get married, but that the law prohibited it, whereas the straight canvassers spoke of a “friend” or “relative.”

“Those who discussed same-sex marriage with straight canvassers,” write the study’s authors, Michael J. LaCour and Donald P. Green, “quickly reverted to their pretreatment baseline opinions, and 90% of the initial treatment effect dissipated a month after the conversation with canvassers.”

“The data show that in 20 minutes, the Los Angeles LGBT Center’s volunteer canvassers accomplished what would have otherwise taken five years at the current rate of social change,” the center’s David Fleischer said in a statement. “How did we do it? Our team had heartfelt, reciprocal and vulnerable conversations on the doorsteps of those who opposed marriage for same-sex couples, and volunteers who were LGBT came out during their conversations.”

Researchers are hopeful their persuasion methods can produce similar results in reducing prejudices on other social issues as well.