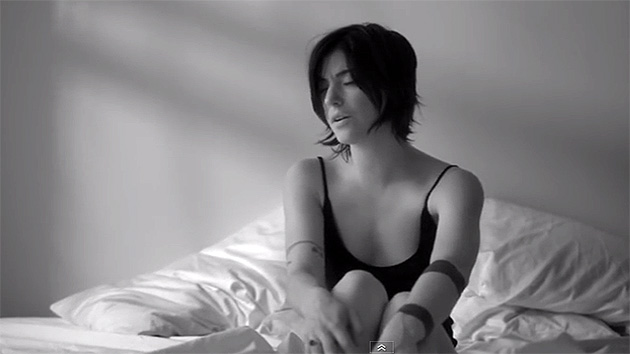 "Our Love" by Sharon Van EttenJagjaguwar/YouTube

For an end-of-year playlist, I was tempted to focus on the glittering dance tracks, hip hop ballads, and crashing rock numbers that propelled 2014’s late-night bar crawls and caffeinated road-trips. Much of the past year’s standout music packed momentum and pizzazz; new songs by TV on the Radio, Spoon, Taylor Swift, Run the Jewels, the Black Keys, and St. Vincent come to mind.

But for when you’re at home during the grayest and shortest days of the year, none of that will do. Here’s a playlist for afternoons spent hibernating in sweatpants and flipping through photo albums while the snow piles up outside. The best introverted music of 2014. Songs that pair well with nostalgia, daydreaming, the settling feeling of having nowhere to go but the kitchen for more tea. In the words of Axl Rose (as quoted on featured band Luluc’s website): “Said woman, take it slow and things will be just fine.”

You can also listen to the playlist nonstop via Spotify (embedded at the bottom).

This playful and eclectic Montreal-based group experiments with obscure instruments like the African ngoni, dabbles in Delta-inspired blues, and knows how to really bang it out during live shows. But this tender track, with Sarah Page’s hypnotic harp and front man Brad Barr’s ragged voice laid out bare, is a clear standout on the band’s new album Sleeping Operator.

This song is steeped in regret and remembrance, and it rings with simple and assured harmonies. Singer-songwriter Carlile’s forthcoming album The Firewatcher’s Daughter is set to land March 3, 2015. “Vulnerability is all over this record,” she told NPR, and maybe nowhere more than in “The Eye.”

Australian duo Luluc has opened for the likes of Lucinda Williams and Fleet Foxes. In this gentle tune, singer Zöe Randell murmurs of dreamy reflections from an airplane seat. The echoey blend of her voice with partner Steve Hassett’s will make you want to float away.

Nadler released a burst of new music in 2014: An album July, and then Before July, an EP full of unreleased songs including a fresh take on Elliott Smith’s “Pitseleh.” Like much of her music, something about “Drive” feels haunted—Nadler’s delicate voice and the track’s minor chords swirl together and summon dark woods and lonely highways.

Breakout crooner James Bay perfectly evokes the torturous process of untangling from a lover. This song helped make the soulful Bay a Brit Awards Critic Choice Winner of 2015, and all before releasing his full-length debut, Chaos and the Calm, due out in March.

Combine the sounds of folksy trio Mountain Man and the ever deep Laura Marling and you get The Staves, a perfect answer to midwinter melancholy. Their angelic voices, flawless picking, and thoughtful harmonies make me want to listen to this bittersweet song on repeat.

Moody yet transcendent, “Our Love” showcases Van Etten’s vocal control. Paired with this steamy video, the tune is the ideal backdrop for an afternoon make-out session.

One of the songs off of alt-J’s latest album, This Is All Yours, samples Miley Cyrus, but I prefer the velvety female vocals of Lianne La Havas and Marika Hackman on “Warm Foothills,” a song braided together with glimmering guitar, silky violins, and hopeful whistling. The lyrics are full of playful poetry: “Blue dragonfly darts, to and fro, I tie my life to your balloon and let it go.”

“Some things change, some remain, some will pass us unnoticed by,” González chants in this pulsing paean to life’s journey, the first single off of his forthcoming album. “Every Age” is a “beautifully spare, existential meditation,” writes music critic Robin Hilton.