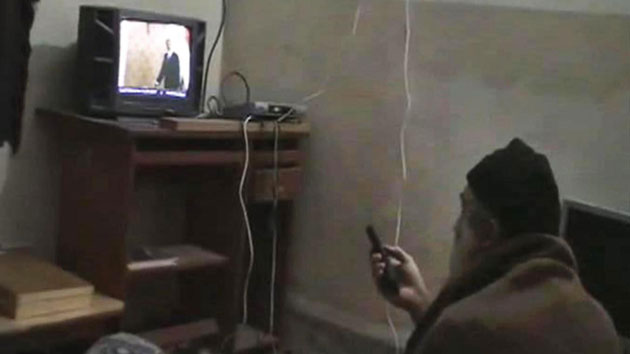 After Osama bin Laden was killed by US special operations forces, the pro-torture CIA crowd pointed to the raid as evidence that human-rights-abusing questioning can produce essential intelligence. And this debate was revived when the film Zero Dark Thirty implied the same point. During these dust-ups, Sen. Dianne Feinstein (D-Calif.), the chair of the Senate intelligence committee, said her committee’s years-long investigation of the CIA interrogation program showed that the agency’s use of harsh techniques did not lead it to bin Laden’s hideaway in Pakistan. The torture report she released today—that is, the 535-page executive summary of the 6,600-page full report—states bluntly that CIA torturing had nothing to do with finding bin Laden. A footnote reports that the CIA, naturally, takes issues with this and says the committee report “incorrectly characterizes the intelligence we had.” That footnote adds, “This is incorrect.”

Here’s the blow-by-blow. After the bin Laden raid, according to the report, CIA officials, in classified briefings to the committee, said that intelligence related to the CIA’s so-called enhanced interrogation techniques was used to locate the Al Qaeda chieftain, referred to as UBL in the report. The committee says this “was inaccurate and incongruent” with the CIA’s own records. Here’s the nut graph:

That’s a slam dunk. The CIA had info on the bin Laden operative who led the United States to the Abbottabad compound—but this intelligence did not come from those terrorist suspects it tortured.

The report notes that days after the raid, CIA officials said that terrorist suspects held by the agency had provided the “tip off” regarding Kuwaiti, the bin Laden courier. The committee, though, found that the “initial intelligence” and the “most valuable” information on Kuwaiti was not related to the torture program. The CIA, according to the report, had collected “significant reporting” on Kuwaiti and his close links to bin Laden prior to receiving any information in 2003 from CIA-held detainees. As early as the start of 2002, a phone number associated with Kuwaiti was under “government intelligence collection.” By monitoring this number, the report notes, US intelligence identified Kuwaiti as someone to watch.

In July 2002, the CIA slyly obtained an email address believed to be associated with Kuwaiti and within a month was tracking his email activity. That summer, the CIA received reports that originated with detainees held by other governments that Kuwaiti was associated with Khalid Sheikh Mohammed, the suspected architect of the 9/11 attacks. Throughout 2002, the agency also had gathered “significant corroborative reporting” on Kuwaiti’s age, physical appearance, and family. Other reports from foreign governments indicated Kuwaiti was a courier for bin Laden. So the CIA, according to the report, had been on to him for a while before it received any info from a detainee within its own custody.

But after the bin Laden raid, the report says, CIA officials briefed the committee and “indicated that CIA detainee information—and the CIA’s enhanced interrogation techniques—played a substantial role in developing intelligence that led to the UBL operation.” This testimony, the report says, “contained significant inaccurate information.” One example: The CIA told the committee that Kuwaiti had “totally dropped off our radar in about 2002-2003 time frame after several detainees in our custody had highlighted him as a key facilitator for bin Laden.” [Committee’s emphasis.] Nope, the committee says, no CIA detainee had provided information related to Kuwaiti in 2002. Moreover, it notes, “the majority of the accurate intelligence acquired on Abu Ahmad al-Kuwaiti was collected outside of the CIA’s Detention and Interrogation Program, either from detainees not in CIA custody, or from other intelligence sources and methods unrelated to detainees, to include human sources and foreign partners.”

A CIA detainee named Hassan Ghul in early 2004 did tell the CIA that Kuwaiti was a “close assistant” who was likely handling “all of UBL’s needs.” He also reported that “UBL’s security apparatus would be minimal, and the the group likely lived in a house with a family somewhere in Pakistan.” Yet, according to the report, he told this to the CIA before being subjected to enhanced interrogation techniques.

The report challenges a statement then-CIA chief Leon Panetta made to Congress days after the bin Laden raid: “The detainees in the post-9/11 period flagged for us that there were individuals that provided direct support to bin Laden…and one of those identified was a courier who had the nickname Abu-Ahmad al-Kuwaiti. That was back in 2002.” Not so, the report insists. And it gets worse. At a post-raid briefing a senator—unnamed in the report—asked, “Was any of this information obtained through [enhanced] interrogation measures?” A CIA officer—unnamed in the report—replied, “Senator, these individuals were in our program and were subject to some form of enhanced interrogation.” The committee dryly states that the information “is not fully congruent with CIA records.” It adds that the CIA’s own records show that those CIA detainees who were tortured provided “fabricated, inconsistent, and generally unreliable information on Abu Ahmad al-Kuwaiti throughout their detention.”

The CIA subsequently provided the Senate intelligence committee with a six-page chart on detainee reporting on Kuwaiti, noting that 12 CIA detainees had linked Kuwaiti to bin Laden and that nine of them were subjected to enhanced interrogation techniques and two of those—KSM and Abu Zubaydah—were waterboarded. Another CIA document maintained that of 16 CIA detainees that had provided information on Kuwaiti, 13 did so after being subjected to torture. These documents, the committee says, were inaccurate and omitted important facts, and across several pages in the report, the committee points out a host of errors within those records.

The report essentially accuses the CIA of trying to snow the committee and the public, noting that its postraid claims were out of sync with its preraid records:

A footnote in the report points out that several weeks prior to the bin Laden raid, the CIA’s office of public affairs was told about the pending bin Laden operation and that it began to prepare material for release following the mission. According to a CIA document, a key task for the CIA spinners was to promote “the critical nature of detainee reporting in identifying Bin Ladin’s courier.” It seems the agency, which was tarred by the torture controversy (and those missing WMDs in Iraq), saw the raid as an opportunity to shift the narrative about its detainee and interrogation program. And CIA boosters outside the agency, including Langley alums, did the same. The report notes that former CIA director Michael Hayden went on a talk radio show two days after the raid and said, “What we got, the original lead information—and frankly it was incomplete identity information on the [bin Laden] couriers—began with information from CIA detainees at the black sites. And let me just leave it at that.”

Feinstein, who has long been supportive of the intelligence establishment, was not willing to leave it at that. The executive summary diplomatically casts Hayden as a fabricator. Moreover, it makes a strong case that during the bin Laden-torture debate and related controversies, the CIA misled its overseers on Capitol Hill and the public. It’s no wonder that so many champions of the agency tried to keep this summary from becoming public. They’d rather Americans watch a Hollywood movie (which the CIA consulted on) about the bin Laden mission than read this report.