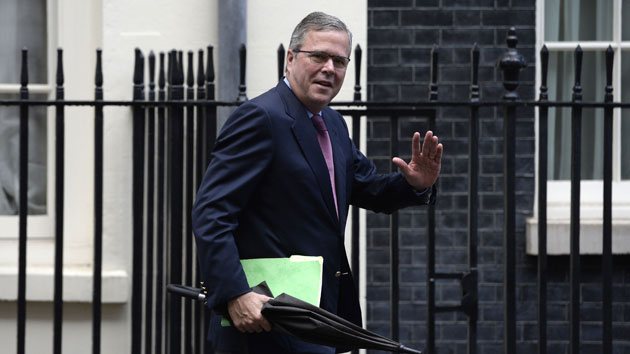 After announcing he was forming a presidential exploratory committee last month, former Republican Florida Governor Jeb Bush quickly began pulling together a political operation of strategists, consultants and donors. On Thursday, the Washington Post reported that DC insider Richard Hohlt, a Republican lobbyist, has become an informal member of the Jeb Bush campaign team. But the newspaper neglected to note that Hohlt is more than your average Washington influence-peddler.

Hohlt has been a key and somewhat infamous lobbyist for the financial industry, best known for assisting the corrupt savings-and-loan banking industry three decades ago in its battle with federal regulators—at a profound cost to US taxpayers. And in 2009, following the Wall Street-driven economic demise, Citigroup enlisted him to assist its efforts in Washington.

Hohlt has worked the halls of the nation’s capital for various corporate giants, including Chevron and Altria. But he is best known for assisting the S&L gang three decades ago. He kept regulators at bay on behalf of these thrifts, which were overextended and speculating with federally insured deposits. The ensuing S&L collapse, which happened during the Reagan and (first) Bush years, helped drive the US economy into the tank, launched a series of investigations, and yielded criminal convictions. As the New York Times reported six years ago, “Critics say that as a top lobbyist for the savings and loan industry in the 1980s, Mr. Hohlt blocked regulation of these institutions and played a pivotal role helping to prolong dubious industry practices that cost taxpayers $150 billion to clean up.” (Incidentally, an S&L run by Jeb Bush’s brother, Neil, went belly-up at a cost of $1 billion to taxpayers.)

Years later, Hohlt’s S&L work didn’t disqualify him from lobbying on financial matters. In 2009, he was hired by Citigroup to lobby the federal government regarding the Troubled Asset Relief Program (TARP), the big bank bailout that followed the 2008 economic implosion. The move stirred controversy. A former financial regulator called Hohlt “one of the most infamous lobbyists in the world” and said his involvement in TARP was “singularly obscene.”

Hohlt, not a household name, has long been a behind-the-scenes player in Washington. In 2003, he tipped off Bush aide Karl Rove that Washington Post columnist Robert Novak was preparing to out Valerie Plame, an undercover CIA officer. (Novak had given Hohlt an advance copy of Novak’s column, and Hohlt it to the White House.) When Novak testified in court about the Plame leak, he noted that Hohlt was a “good source” whom he talked to “every day.”

Hohlt says he doesn’t know precisely what his role will be in the Jeb Bush operation. In an email to Mother Jones, he writes,

Whatever they ask me to do, I have been involved in every Republican Presidential campaign since 1972, serving in many different roles….so too early to know…but he is the only Republican candidate that is showing profiles in courage and to someone [who] experiences Washington and National politics daily that is important esp. now.

Hohlt, a “Super Ranger” who raised half a million dollars for George W. Bush’s 2004 campaign, isn’t the only Rove-ite saddling up for the latest Bush rodeo. Another prominent DC lobbyist, Dirk Van Dongen, president of the National Association of Wholesaler-Distributors, is advising the Jeb Bush effort. From his perch at NAW, Van Dongen worked closely with Rove to push through the Bush tax cuts tilted toward the wealthy. Bush 43 awarded Van Dongen the highest of presidential honors—a personalized nickname: “Dirkus.”

Many political commentators have noted that one of Jeb Bush’s challenge as a presidential candidate is to distance himself from his brother’s administration and to not come across as this year’s Mitt Romney. Or maybe not. In his early moves, Jeb Bush is tapping the W. clan and, with Hohlt, embracing a fellow who toiled for financial institutions that made out like bandits while costing taxpayers billions.

Update: After this story was published, a Jeb Bush spokeswoman emailed to say that Hohlt was not involved with Bush’s operation “formally or informally.” Hohlt had previously emailed—after the Washington Post had reported he would be advising the campaign—to confirm that he would be doing “whatever they ask me to do.” After Jeb Bush’s office claimed Hohlt was not participating in his operations, Hohlt emailed to say, “They are correct. I never said I was involved in a formal or other way.”