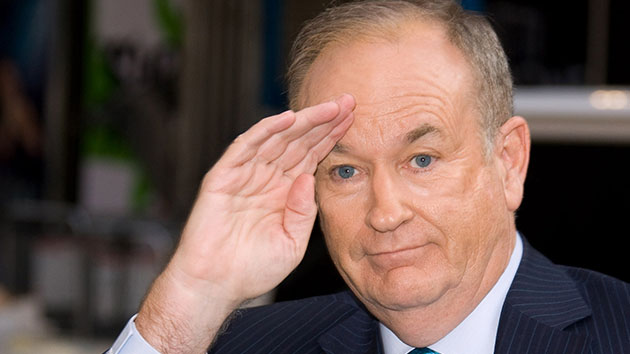 CBS News today posted its reports from Buenos Aires at the end of the Falklands war, in response to a request from Fox News host Bill O’Reilly, who has been seeking to counter reports that he mischaracterized his wartime reporting experience. But rather than bolstering O’Reilly’s description of the anti-government protest he says he covered as a “combat situation,” the tape corroborates the accounts of other journalists who were there and who have described it as simply a chaotic, violent protest.

On his Monday night show, O’Reilly broadcast clips from the CBS video and maintained that the footage proved “I reported accurately the violence was horrific.” But the issue has not been whether violence occurred at the demonstration. O’Reilly had previously claimed this protest—triggered when Argentines angry at the ruling junta’s surrender to the Brits in the 1982 war gathered near the presidential palace—was a massacre, with Argentine troops gunning down civilians. O’Reilly has relied on that description to support his claim that he was in a “war zone…in the Falklands.” The video does not show civilians being mowed down.

O’Reilly, who was reporting on the protest as a correspondent for CBS News, has asserted that during the demonstration, Argentine soldiers fired into the crowd with “real bullets” and slaughtered “many” civilians. As he put it in a 2009 interview, “Here in the United States we would use tear gas and rubber bullets. They were doing real bullets. They were just gunning these people down, shooting them down in the street.”

Mother Jones reported that O’Reilly’s account of the protest was at odds with media reports from the time, which made no mention of troops firing real bullets into the crowd or civilians killed:

Dispatches on the protest filed by reporters from the New York Times, the Miami Herald, and UPI note that thousands did take to the street, setting fires, breaking store windows, and that riot police did battle with protesters who threw rocks and sticks. They say tear gas was deployed; police clubbed people with nightsticks and fired rubber bullets; reporters were assaulted by demonstrators and by police; and a photojournalist was wounded in the legs by gunfire. But these media accounts did not report, as O’Reilly claims, that there were fatalities.

On Sunday, CNN reported that seven of O’Reilly’s former CBS colleagues disputed his claim that Argentine soldiers had fired live rounds at civilians. They also questioned O’Reilly’s assertion that this protest constituted “combat” and occurred in a “war zone.” Former CBS correspondent Eric Engberg, who wrote a lengthy Facebook post debunking O’Reilly’s Falklands claims, said Buenos Aires “was not a war zone or even close. It was an ‘expense account zone.'” And Richard Meislin, the former New York Times reporter whose account of the protest was selectively quoted by O’Reilly on a Fox News show on Sunday, noted on Facebook, “As far as I know, no demonstrators were shot or killed by police in Buenos Aires that night. What I saw on the streets that night was a demonstration—passionate, chaotic and memorable—but it would be hard to confuse it with being in a war zone.”

A defiant O’Reilly appeared on Fox’s MediaBuzz Sunday, calling Engberg a “coward” and noting he had asked CBS to provide him with footage from the demonstrations. The footage—which includes four clips that aired on June 15 and 16, 1982—depicts angry protesters pelting police with sticks and coins. It shows police advancing on protesters and blasting tear gas and plastic bullets into the crowd. “There were arrests and beatings,” Engberg, who was one of several CBS correspondents covering the event, reported in one segment. “Then, with guns that fired tear gas and plastic bullets, police opened fire. It is not known how many were hurt. But witnesses reported at least some serious injuries.”

In another clip, CBS correspondent Charles Gomez reported, “As the mob grew to 10,000, they broke through police lines, pelting offices with coins and garbage. The police responded using tear gas guns and shotguns firing plastic bullets. An unknown number of demonstrators were injured.” The footage captured a dramatic clash—including a shot of a protester, apparently injured, lying on the ground—but none of this footage shows Argentine military or police firing into the crowd with live ammunition and killing civilians.

Today, an Argentine historian named Federico G. Lorenz, who has written extensively on the Falklands war, told the Washington Post:

As far as I know, there were no people killed at the protests after the news of the Argentine surrendering arrived to [Buenos Aires]. There were incidents at May Square…and people slightly injured due to gasses and anti riot munition, but not dead people. Press from June 15, 1982, reports about 5 buses burnt “many detainees and injured people.” One of the photographs shows precisely a wounded [person] lying surrounded by people.

As he showed the CBS footage on his show, O’Reilly claimed that unidentified local media sources had reported fatalities. “We don’t know how many deaths,” he remarked. And he insisted, “I told it exactly the way it was.” Referring to the controversy about his Falklands claims, he said, “I want to stop this now. I hope we can stop it.”