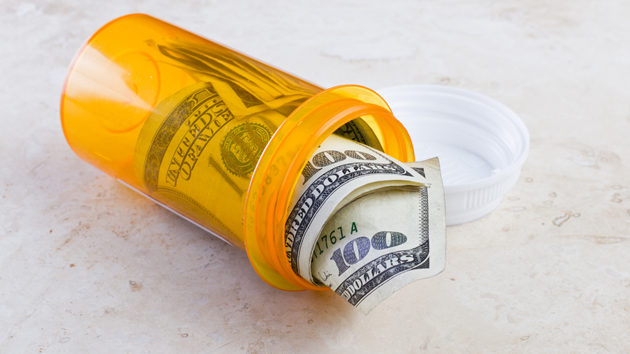 During the contentious battle to pass the Affordable Care Act, the pharmaceutical industry was a crucial partner of President Barack Obama. Big Pharma sank $150 million into an ad blitz promoting the Obamacare bill and spent millions lobbying for its passage. Backing health care reform was a no-brainer for the drug manufacturers; they stood to reap billions in revenues as a result of expanded health care coverage. Yet all of this makes one of Big Pharma’s alliances highly curious: It has bankrolled the libertarian think tank trying to demolish Obamacare.

The Washington-based Competitive Enterprise Institute has been the driving force behind two high-profile anti-Obamacare lawsuits, including King v. Burwell, which will be heard by the Supreme Court in early March. CEI lawyers recruited the four plaintiffs named in King—which challenges the legality of federal insurance subsidies flowing to Americans in states that did not establish insurance exchanges—and it is funding the litigation. If the CEI-backed case prevails, more than 8 million people could lose their health coverage, premiums could skyrocket 35 percent or more, and the fledgling health care reform effort could collapse. CEI also helped launch Halbig v. Burwell, a similar case that is on hold pending the Supreme Court’s decision in King.

With a roster of donors that has included major oil corporations and tobacco companies, CEI is known for its work promoting climate change skepticism and downplaying the risks of secondhand smoke. But the libertarian outfit has also often gone to bat for the pharmaceutical industry. Over the years, CEI has opposed efforts to allow Americans to import cheaper prescription drugs from abroad and criticized the Food and Drug Administration’s crackdown on the industry marketing medications for non-approved uses. Drug makers, including Eli Lilly and Pfizer, have long been loyal donors to CEI, as has the industry’s main trade group, PhRMA, which has made annual contributions of at least $10,000 to the think tank. But though the industry’s interests have aligned with CEI’s libertarian mission on certain issues, this is not the case with Obamacare. The health care law is expected to boost Big Pharma’s profits, possibly from $10 billion to $35 billion over the next decade.

Yet Big Pharma has been underwriting CEI, the leader in the right-wing campaign to destroy Obamacare. Not long after the law passed in 2010, another right-leaning think tank, the American Enterprise Institute, convened a conference to discuss litigation strategies to undermine Obamacare. In attendance was CEI’s then board chairman Michael Greve, who exhorted attendees: “This bastard has to be killed as a matter of political hygiene. I do not care how this is done, whether it’s dismembered, whether we drive a stake through its heart, whether we tar and feather it and drive it out of town, whether we strangle it.” Three years later, lawyers paid by CEI filed King v. Burwell and Halbig v. Burwell.

The King case has been unpopular with the business community. The US Chamber of Commerce, which fiercely opposed enacting Obamacare, and other business interests have declined to back the lawsuit. Some of the biggest players in the health care industry—including America’s Health Insurance Plans, the industry’s main lobby, and the Hospital Corporation of America, the nation’s biggest health care provider—have filed amicus briefs with the Supreme Court defending Obamcare. HCA’s brief contended that the legal rationale deployed by CEI’s lawyers in the King case is “absurd.” (Neither PhRMA nor any drug company has filed a brief in King.)

Even after CEI filed its anti-Obamacare lawsuits, Big Pharma continued to fund the think tank. When CEI held its annual fundraising dinner in June 2013, a month after Halbig was filed, the event’s sponsors included various pharmaceutical interests, including PhRMA ($25,000), GlaxoSmithKline ($15,000), and the Generic Pharmaceutical Association ($10,000).

By funding CEI, the pharmaceutical industry is indirectly helping to bankroll CEI’s anti-Obamacare crusade—and that baffles people involved in the law’s passage. “From a narrow financial interest, having people thrown off the exchanges is not in [the drug manufacturers’] interest,” says Ezekiel Emanuel, a special adviser on health policy to the Office of Management and Budget during the Affordable Care Act negotiations. “They calculated very clearly how much [money] they would make as a result of the ACA.”

This was the deal Big Pharma cut during the legislative battle over Obamacare: The pharmaceutical companies agreed to support the law and accept about $80 billion in cost-cutting measures over the next decade, and the White House granted the industry lucrative concessions to protect its profit margins. These industry-favoring measures include provisions preventing the government from negotiating lower drug prices for Medicare and Medicaid and blocking Americans from importing cheaper prescription drugs from abroad. Those concessions were costly to taxpayers and consumers, but they were part of the grand bargain hammered out between the White House and Big Pharma. This accord ensured the industry would use its formidable lobbying clout to pass Obamacare—not destroy it.

At the time, Ron Pollack, the executive director of the health care reform advocacy group Families USA, worked closely with PhRMA on jointly-sponsored ads supporting Obamacare. He finds it odd that PhRMA would subsequently contribute to a conservative think tank that’s trying to undo the law. “The bottom line is that PhRMA was a strong supporter for the Affordable Care Act, and put a lot of money on the line for advertising for the Affordable Care Act,” he says.

“The Competitive Enterprise Institute accepts donations from a diverse group of individuals, businesses, and foundations who support our research and educational activities,” says a spokeswoman. “CEI’s research programs and positions are developed independently and are not influenced by the views of donors.”

PhRMA declined to say whether will continue to fund CEI. “As part of our mission,” says the trade group’s spokesman Robert Zirkelbach, “PhRMA often makes grants or charitable contributions to organizations that share PhRMA’s goals of improving the quality of patients’ lives, increasing the availability of life-saving and life-enhancing medical treatments, and supporting the discovery of new treatments and cures by pharmaceutical and biotechnology research companies.”

But at least one big drug company that donated to CEI as recently as 2013 says that it’s no longer funding the think tank. A GlaxoSmithKline spokeswoman, who notes that the drugmaker has not taken a position on King v. Burwell, says, “GSK supports efforts to increase access, improve quality and reduce cost growth in the US health system and we remain committed to working with the administration and other stakeholders as the ACA is fully implemented.”

If that’s the case, though, it begs the question of why Glaxo and other pharmaceutical industry outfits that pledged their support to Obamacare have simultaneously backed a group that for years has been plotting the law’s destruction.