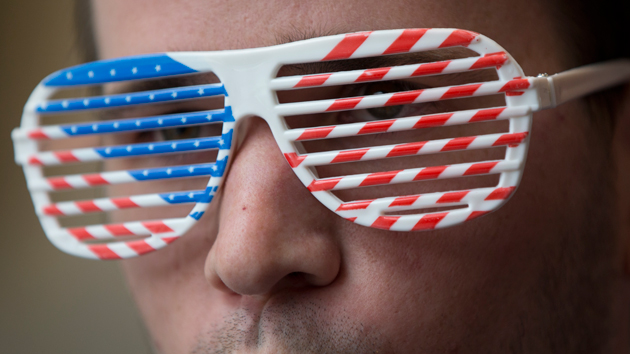 While the annual Conservative Political Action Conference attracts right-wingers all stripes, there was one thing virtually all attendees could agree on: this year’s conference was young. Especially young. College and high school-aged conservatives packed the halls of CPAC, decked out in all manner of paraphernalia: retro Reagan-Bush ’84 campaign shirts, American flag shorts, buttons that declared “I Love Capitalism” and “Kill the Death Tax.” I spotted at least one “Barry Goldwater for President” button on a millennial’s lapel.

What were these fired-up young conservatives—many of whom traveled long distances to attend—here to see? Which would-be GOP candidate did they intend to support? Their responses were diverse, but if the Millennial Primary were held today, it would be a dead heat between Gov. Scott Walker (R-Wisc.) and Sen. Rand Paul (R-Ky.), with Ben Carson running close behind.

CPAC attracts some of the most conservative elements of the GOP, yet the young people in attendance were keen on finding a way to reconcile electability with ideological purity. To many of the teens and twenty-somethings I spoke with, Walker was the answer. “Personally, I like Rick Santorum,” said Nicole, a college sophomore. “But he’s not going to get elected, so I’m supporting Scott Walker.” Though several people cited Walker’s “strong executive experience” as a plus, none named anything very specific they liked about him, beyond the fact that he’s popular and sufficiently conservative.

To another significant cohort at CPAC—particularly, college-aged guys—Paul was the clear choice. “He’s the future of the Republican Party, if it wants to be relevant,” said Dylan, 20. “Jeb, Cruz, Rick Perry, they embody what younger people dislike about the GOP.” Josh, 21, agreed, saying it was Paul’s fiscal conservatism and libertarian approach that resonates with young people. Young attendees variously called Paul a “patriot,” “level-headed,” and “a guy who gets people fired up.”

But the candidate who aroused the most intense enthusiasm was Ben Carson. Evan, a 17-year old proudly wearing a “Run Ben Run” sticker on his lapel, was effusive in his praise. “He’s not run by lobbyists,” he said. “His policies are going to be what he believes in…he has integrity.” A group of college students relaxing on couches in the expo hall agreed that if the GOP wants to win in 2016, Carson needs to be a factor. “I love Ben,” said Blake, a college student from Illinois. Carson is, he said, “the Ben Franklin of our time.” Others in the circle agreed: “Ben Carson is almost too smart” for the American voters to truly understand him, another student said. An idea began to form: what about Carson as VP, and Walker as president? The group howled in approval: “Yaaaass!”

Among the high school and college students of CPAC, there was little enthusiasm for Gov. Chris Christie (R-N.J.), Sen. Marco Rubio (R-Fla.), and former Florida governor Jeb Bush. For a group whose political formative years came under Barack Obama, not George W. Bush, the Bush brand was not an issue. Many expressed admiration for the family: “I love the Bushes,” one said. But Jeb was roundly dismissed as too moderate, and at least one person was looking ahead. “I like George P. Bush,” a teenage girl proclaimed, referring to Jeb’s 38-year-old son.

But Walker-Carson 2016 would have to wait. Late on Thursday afternoon, CPAC’s youth contingent was shepherded to a joint Rand Paul–Ted Cruz rally for millennials, and after that, the conference’s storied party scene awaited. “This is my first time here,” said a 20-year-old College Republican. “But I heard it’s easier to get laid at CPAC than on spring break.”