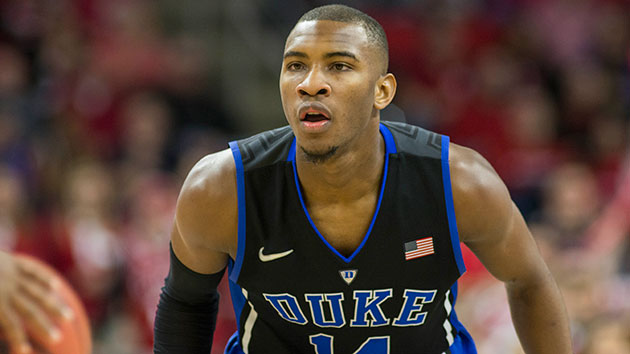 The Duke University student newspaper reported today that a player recently dismissed from the school’s powerhouse men’s basketball team had been twice accused of sexual assault. Moreover, it found that athletic department officials, including Hall of Fame coach Mike Krzyzewski, knew about the allegations as early as last March but failed to act for months.*

According to the Chronicle, two different women claimed that junior guard Rasheed Sulaimon had sexually assaulted them during the 2013-14 school year. In October 2013, a woman told classmates at a retreat that Sulaimon had assaulted her; at the same retreat in February 2014, another woman made a similar claim. The Chronicle reported that the team psychologist was made aware of the allegations in March 2014, and that several key members of the athletic department—including Krzyzewski, several assistant coaches, and athletic director Kevin White—found out shortly thereafter.

At a press conference, Krzyzewski declined to comment on the Chronicle article. But here are three reasons why this particular story won’t be going away anytime soon:

UPDATE, March 4, 2014: In a statement released yesterday to the Sporting News, Duke athletic director Kevin White had this to say about how Krzyzewski and the athletic department handled the Sulaimon situation:

Any allegation of student misconduct that is brought to the attention of our staff and coaches is immediately referred to the Office of Student Conduct in Student Affairs, which has responsibility for upholding the Duke code of conduct.  The athletics department does not investigate or adjudicate matters of student conduct, and cooperates completely in the process…

These investigations are conducted thoroughly, in a timely manner, and with great care to respect the privacy and confidentiality of all students involved. Those procedures have been, and continue to be, followed by Coach Mike Krzyzewski and all members of the men’s basketball program. Coach Krzyzewski and his staff understand and have fulfilled their responsibilities to the university, its students and the community.

For more on Duke’s legal footing with regard to how much information it needs to share with the media, read Michael McCann’s latest at Sports Illustrated.