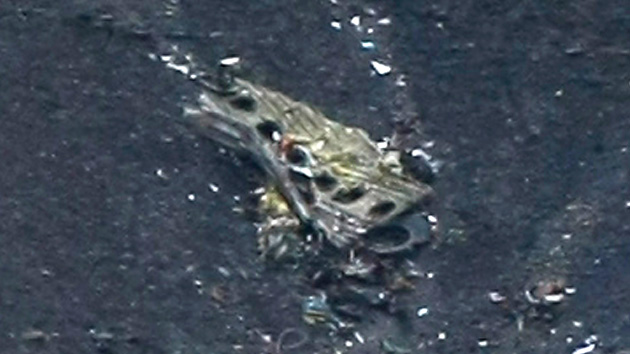 On Tuesday morning, Germanwings flight 9525, en route from Barcelona to Dusseldorf, crashed in the remote southern French Alps. All 150 passengers and crew are presumed dead. Thanks to the quick recovery of one of the plane’s flight recorders, some details of the final moments of the flight are now known: one of the pilots was banging on the cockpit door, presumably locked out, while the second pilot—identified as German Andreas Lubitz—was in the cockpit breathing normally. On Thursday morning, Carsten Spohr, chief executive of Germanwings’s parent company Lufthansa, told reporters, “We must presume that the plane was deliberately flown into the ground.”

Federal Aviation Administration regulations require that two people must be in the cockpit at all times in order to prevent these sorts of incidents on flights to, from, and within the United States. And the FAA requires cockpit doors to be locked at all times. If one of the two pilots leaves the cockpit, a flight attendant must take his or her place for the duration of the break. Glen Winn, an aviation instructor at the University of Southern California, told the Los Angeles Times that “procedurally, something was very wrong.” Pilots “don’t leave a person alone in the cockpit,” he continued. “They don’t do it. Nobody does that.”

But there are no European regulations that require all flights to have two crew members in the cockpit at all times.* Some European airlines have adhered to the two-person policy, and some have not. German carriers are not required to keep two crew members in the cockpit. After the Germanwings crash, Easy Jet, a British carrier, and Norwegian Airlines announced they would implement the two-person rule.

On an Airbus 320, the plane used by flight 9525, a pilot can reenter a locked cockpit door by punching in a multi-digit code on a keypad. But someone inside the cockpit can temporarily disengage the keypad, keeping the door locked and barring entry to the cockpit for five minutes.

It’s unclear whether the Germanwings pilot who was trying to return to the cockpit attempted to use the keypad. But Spohr said that each member of the flight crew knew the code and that there would be no way a pilot could forget it. He suggested that the pilot may not have tried the code for some reason, or that Lubitz disengaged the keypad or found another way to block the door.

After the terrorist attacks of September 11, 2001, new flight safety standards were established and cockpit doors were strengthened to resist intrusions, gunfire, and grenade blasts. So if the keypad is disabled there’s little anyone can do to break in for five minutes; brute force will not open the door.

If existing regulations and procedures are followed, a pilot of an airliner in US should not be locked out. But this tragedy certainly will prompt regulators and safety experts in the United States and abroad to review existing rules.

Correction: An earlier version of this article incorrectly stated that European regulations also require two people in the cockpit at all times.