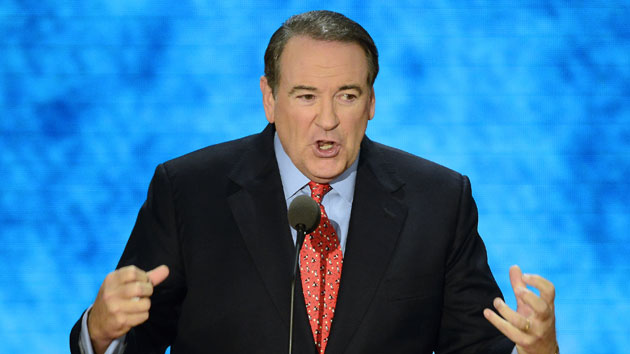 Former Arkansas Gov. Mike Huckabee thinks questions about Hillary Clinton’s emails as secretary of state “will linger” throughout the 2016 presidential race. “If the law said you had to maintain every email for public inspection, that’s what you got to do,” he recently told ABC News. Huckabee also suggested that the missing emails might shed new light on the deaths of four Americans in Benghazi, Libya in 2012.

Huckabee, who is considering a second run for president himself, is probably right that the issue of secrecy will dog Clinton’s campaign going forward. But he might not be the best man to make that case. As Mother Jones reported in 2011, Huckabee destroyed his administration’s state records before leaving office in 2007.

In February, Mother Jones wrote to the office of Arkansas Gov. Mike Beebe seeking access to a variety of records concerning his predecessor’s tenure, including Huckabee’s travel records, calendars, call logs, and emails. Beebe’s chief legal counsel, Tim Gauger, replied in a letter that “former Governor Huckabee did not leave behind any hard-copies of the types of documents you seek. Moreover, at that time, all of the computers used by former Governor Huckabee and his staff had already been removed from the office and, as we understand it, the hard-drives in those computers had already been ‘cleaned’ and physically destroyed.”

He added, “In short, our office does not possess, does not have access to, and is not the custodian of any of the records you seek.”

Huckabee responded at the time by attacking Mother Jones, which he claimed “doesn’t pretend to be a real news outlet, but a highly polarized opinion-driven vehicle for all things to the far left.” He also called the story “factually challenged.” But the Arkansas Department of Information Systems confirmed that the hard drives had been destroyed while he was still in the governor’s mansion. Legal? Sure. But absolutely shady.

Even before he destroyed his hard drives rather than grant the public access to his records, Huckabee took a combative approach to public records requests. When Arkansas Times editor Max Brantley (who has also weighed in on Huckabee’s transparency record) requested documents from Huckabee in 1995, the then-lieutenant governor flipped out. In a press release issued by his campaign, he attacked Brantley as a “disgruntled and embittered wannabe editor” from a “trashy little tabloid”—and went after Brantley’s wife, a Clinton judicial appointee, for good measure. All because the editor filed a request for records every citizen was entitled to.

Hillary Clinton’s missing emails are a legitimate scandal if you care about government transparency. But many of her loudest critics have done little to inspire confidence they’d do anything differently.