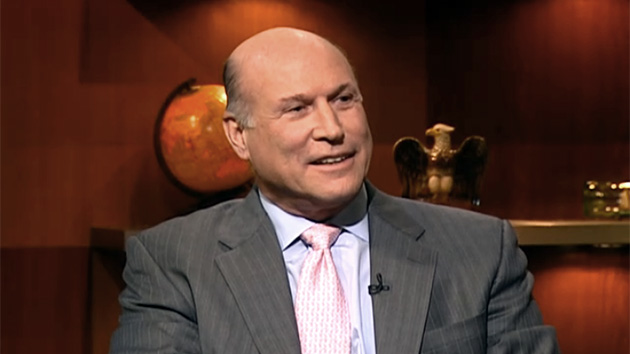 “I’ve worked hard and played by the rules to make my franchise business a success,” Ganahl said in an ad that ran on all three networks, as video showed her fawning over a golden retriever. “Now, unelected bureaucrats at the National Labor Relations Board want to change the rules. As Americans, we deserve better. Tell Washington, ‘No.'”

Bankrolled by a free-market advocacy group called the Job Creators Network, the ad painted a sympathetic picture of a business owner struggling against onerous regulations imposed by the NLRB, the agency that enforces labor law and has long been a conservative target. But lurking behind the anti-NLRB campaign is a notorious PR operative and astroturf pioneer who encourages his corporate clients to “win ugly or lose pretty” and who says he wakes up each morning trying “to figure out how to screw with the labor unions.”

The consultant, Rick Berman, is well known in political circles for funneling anonymous corporate money into vicious ad campaigns attacking various advocacy groups, such as Mothers Against Drunk Driving and the Humane Society of the United States, which he has accused of spending a minuscule amount of their donations on their stated missions. Berman, who heads the DC-based communications firm Berman and Company, typically launches his offensives through a network of front groups. He has used these organizations to fight regulations governing food safety, animal cruelty, workplace safety, secondhand smoke, and even tanning beds, and in the process keeps his corporate funders anonymous.

“We run all of this stuff through nonprofit organizations that are insulated from having to disclose donors,” Berman bragged in an October speech that was secretly taped and shared with the New York Times. “There is total anonymity.” His brash M.O. has earned him a nickname—Dr. Evil—that Berman appears to relish.

The Job Creators Network, however, represents a different way of doing business for Berman: He has guided the group’s media strategy behind the scenes, while more than three dozen CEOs have publicly signed on to support the organization’s mission. Its signatories include such corporate titans as Best Buy CEO Brad Anderson, Staples founder and onetime CEO Tom Stemberg, and Home Depot cofounder Bernie Marcus. Possible 2016 GOP contender and ex-Hewlett Packard CEO Carly Fiorina co-chairs the Job Creators Network’s women’s coalition. But the group also features executives from lesser-known but successful companies, such as Ganahl and Stephen Salis, cofounder and CEO of the &Pizza chain. It’s unclear how many of the Job Creators Network’s corporate members are aware the controversial Berman is a strategist for the network and its anti-NLRB campaign. As Berman himself has noted, companies are often squeamish about publicly associating themselves with him, hence the emphasis on anonymity.

Herbert’s website before all references to Berman and Co. disappeared. chrisgherbert.com

After Mother Jones asked Peterson about these connections, his LinkedIn page was briefly taken offline and republished without his photograph. Herbert’s website and his LinkedIn page were scrubbed of references to Defend Main Street, other Berman projects—such as UnionFacts.com—and Berman and Company. Before his site was updated, Herbert had billed himself as “the main web developer for the infamous Washington, DC public relations firm Berman & Company.” Peterson, Berman, and Alfredo Ortiz, the president and CEO of the Job Creators Network, did not reply to requests for comment.

The ad starring Camp Bow Wow’s Ganahl was part of the Job Creators Network’s ongoing assault on the National Labor Relations Board. In July, the NLRB released a nonbinding legal opinion saying that employees could name McDonald’s corporate headquarters in lawsuits they file against local franchise owners. (The NLRB has also filed a complaint against a McDonald’s franchise, for interfering with union activity, and it names the McDonald’s headquarters as a defendant.) Business owners who use a franchise model to expand worry that the NLRB’s moves could lead to increased legal liability. That’s why the Job Creators Network has made the NLRB a main target of its advocacy.

Unlike other Berman projects, such as the Center for Union Facts (which specializes in anti-union advocacy), the Job Creators Network was not founded by Berman, and his company does not control the group. Herman Cain and Home Depot’s Marcus started the group shortly after Cain dropped out of the 2012 Republican presidential primaries. The organization’s goal was to provide employers with ostensibly nonpartisan materials to distribute to their workers describing how government regulations could hurt their employment. (Cain later left the group.)

But the political leanings of the Job Creators Network are clear. The group has disseminated videos aimed at convincing workers that Obamacare is harmful to them; one features CEOs denouncing the health care law on Fox News. In another clip, Ortiz, the group’s president, rails against a Michigan law that raised wages for construction workers. The group has also produced a cartoonish video deriding government regulations, in which a sock puppet watches helplessly as a gaggle of federal inspectors tear apart the pizza he just ordered in the name of food safety.

The Job Creators Network has raised and spent millions to promote this conservative agenda. In 2013, the last year for which there is public data, it hauled in nearly $4 million in donations and spent $4.5 million on marketing and events. The group hosts lavish business summits to recruit new CEOs as supporters, and it has attracted high-profile politicians and donors. Last year, Jeb Bush keynoted a Latino business leaders summit that the group held in Florida. “I hope that you get other people to join this cause,” he told the audience.

Berman’s work for the Job Creators Network has led to some inconvenient optics, particularly when it comes to Ganahl. Camp Bow Wow and its philanthropic foundation regularly work with local Humane Society chapters to host charity events. Ganahl’s company has also made at least one donation, of $50,000, to a Humane Society animal shelter. Berman, though, is known for his crusade against the Humane Society on behalf of groups that oppose animal welfare regulation. His company has spent millions of dollars running deceptive attack ads against the group.

Yet Ganahl is the face of the Job Creators Network’s Berman-guided venture. In addition to starring in the 31-second ad that aired during the morning shows on the major cable news networks, Ganahl appeared in a full page ad in Politico, the Wall Street Journal, and Roll Call.