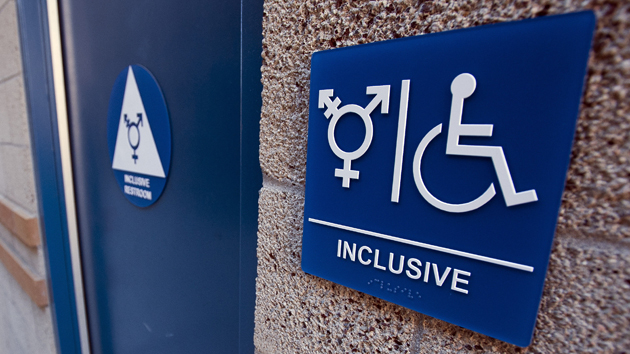 If lawmakers in Florida, Texas, and Kentucky have their way, transgender people would be breaking the law when using the bathroom of their choice. Bills introduced in three states over the past month would make it illegal for an individual of one biological sex to enter a single-sex restroom or changing room designated for the opposite sex—even if the individual self-identifies as a person who belongs there.

The debate over which bathrooms transgender individuals can use isn’t particularly new: Lawmakers in 17 states and more than 200 cities have passed laws prohibiting discrimination based on gender identity, while a handful of states and localities, like Colorado and Arizona, have attempted and failed to pass bills that restrict bathroom usage.

But the latest attempts have the benefit of support from the Alliance Defending Freedom, a conservative legal advocacy group based in Arizona that has poured legal and lobbying resources into the issue over the past year. ADF, which has a $30 million annual budget and a network of some 2,000 attorneys, takes on many causes dear to the religious right, including opposition to LGBT rights like marriage, military service, and adoption. ADF’s defense of “religious freedom” has included a determined, years-long fight to make homosexuality illegal in Belize.

The road to the rest room legislation often originates on the local level, with disputes in school districts. Last year, for example, Kentucky’s Atherton High School passed a policy that prohibited segregation of school spaces based on gender. After local parents, represented by an ADF lawyer, failed in their appeal, Republicans in the Kentucky Senate took notice and drafted a law aimed at overturning the policy.

ADF declined to comment on its involvement with bills introduced in Kentucky, Texas, and Florida, but ADF’s counsel Kellie Fiedorek did say that it “has advised and is willing to advise policymakers and others leaders across the country on policies that protect the privacy, safety, and dignity of all citizens in restrooms and locker rooms.” She added that ADF sympathizes “with those that have difficult personal issues to work through,” presumably referring to transgender individuals.

Here are the details on the latest bills:

Supporters have branded the bills as public safety and privacy measures, and often emphasize the hypothetical situation of men feigning a temporary gender swap to enter women’s bathrooms or changing facilities. As Rep. Frank Artiles, the Miami Republican who’s backing the Florida bill, told the Miami Herald, “A man such as myself can walk into the bathroom at LA Fitness while women are taking showers, changing, and simply walk in there…If I feel like a woman that day, I can be allowed to be in that locker room.” Rep. Debbie Riddle, a Texas Republican, echoed that sentiment in a January Facebook post, saying her bill would protect bathroom-seeking women from “finding a man who feels like he is a woman that day.”

Bathroom choice advocates, including the American Civil Liberties Union and the Transgender Legal Defense and Education Fund, have dubbed the propositions “show your papers to pee” bills, asserting that there is no evidence that trans-inclusive facilities are unsafe and pointing to the 17 states and over 200 cities that have implemented laws prohibiting discrimination based on gender identity. Transgender Law Center’s Sasha Buchert adds the bills are difficult to enforce. “Is someone going to stand at the door and check someone’s chromosomes?” she asks.