While GOP presidential candidate Sen. Rand Paul (R-Ky.) has a tough road to the nomination, in one area, he may already be the winner: campaign merchandise. Today, the Paul campaign unveiled an expansive online store with a variety of items, ranging from the goofy to the inspired to the downright hideous. There is no denying it: Rand Paul means business. Here’s the best of what he has to offer: 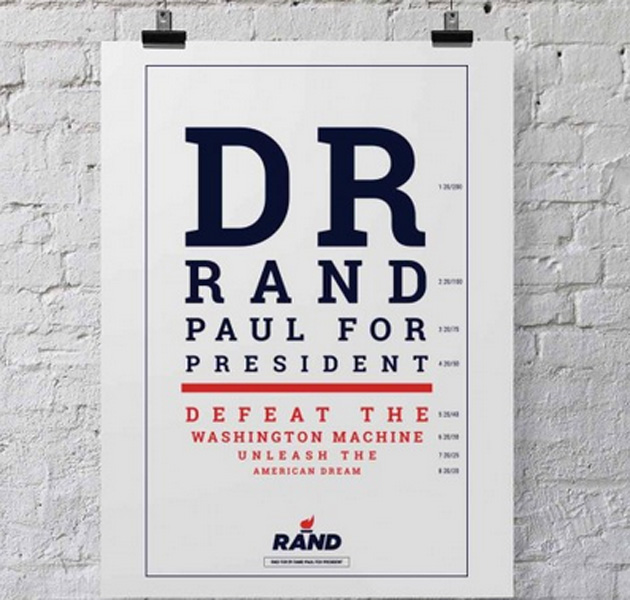 Rand Paul is an eye doctor by training, and he’s continued to practice since becoming a senator. This sign, retailing for $20.16, should be a hit with Rand fans. “Professionally, he has corrected the vision of thousands and now will do the same thing in the White House,” the page says. “And we’re not talking about a new prescription for President Obama.” (Burn!) 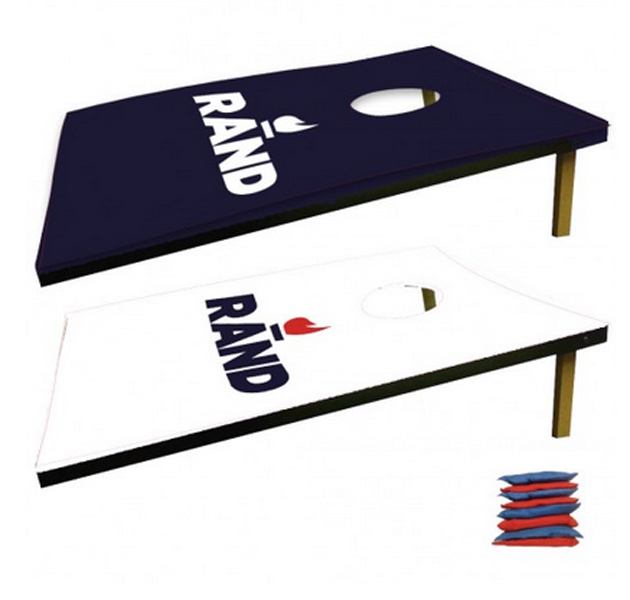 “Bag toss game,” also known as cornhole, is a treasured past-time among the collar-popping College Republicans who are some of Paul’s most enthusiastic supporters. Look for this soon on a college campus near you. Boat shoes apparently not included, though you can score Rand beer koozies to go with it—six for $25! 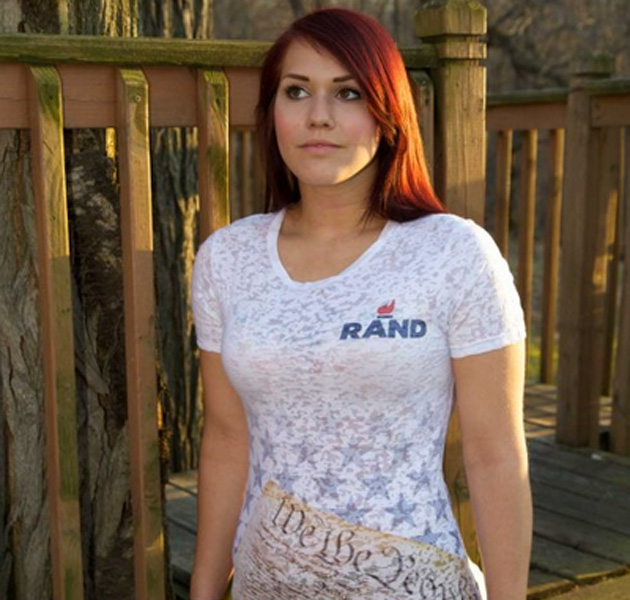 “Every fashionable Constitutional conservative needs this ladies fashion burnout tee,” the site proclaims. Good luck getting burned out on the Constitution if you’re wearing it. Unless you burn the shirt. But you shouldn’t do that. (It’s $40.) 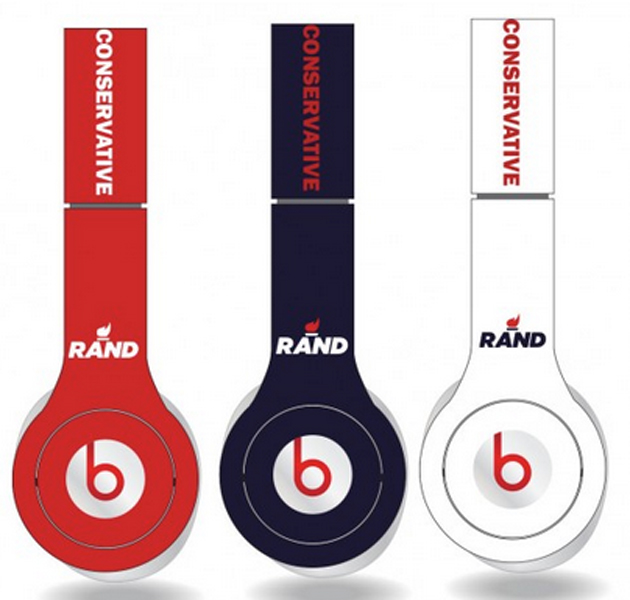 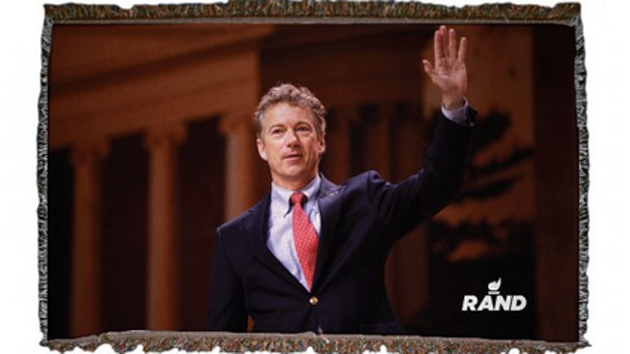 This could be perceived as a craven play to stake out the GOP’s cuddle caucus. “It might be fun to have Rand in your living room at night engaging in deep discussions about objectivism, libertarianism, conservatism and a few other isms,” the site says. (Easy now, tiger.) For $75, you’ll have to settle for this. 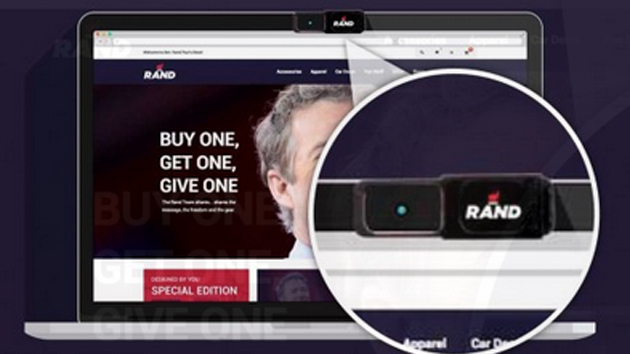 Admittedly, this is an extremely on-brand item for Rand. He will literally shield you from the prying eyes of the NSA while you “browse Facebook.” Of course, there is a very low chance the NSA is using your webcam to spy on you, unless you’ve ordered an Islamic State travel guide or have a few too many Yemeni passport stamps. Also to consider: the “spy cam blocker” has already been endorsed by InfoWars. 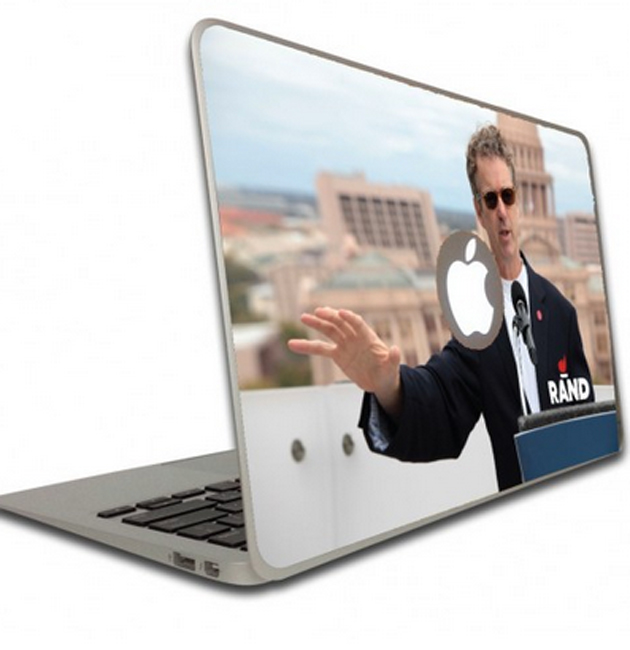 So you have a MacBook—congratulations. You are very cool. For $20, though, you can be even cooler. With this. 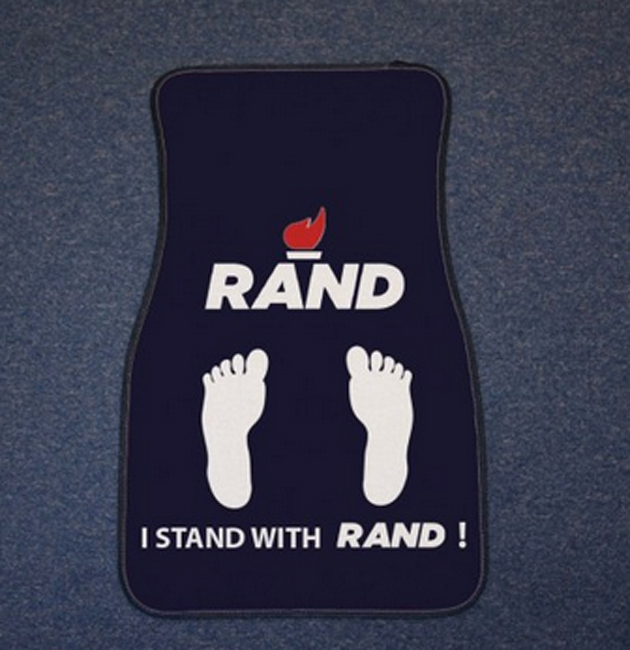 Stand With Rand is all over the Rand store, and this is a nice application of the clever slogan. But the suggestion that one stand with both feet on the mat, while driving, is a dangerous one. If you must, you should Sit with Rand.

Whether or not anyone actually buys any of these things, it’s pretty clear the Rand Paul merchandise team’s launch was a slam dunk compared to the Rand Paul digital strategy team’s launch. Check out some of the banners they made for people to use as avatars on Facebook:

Dear Rand: I think we would prefer “Jewish American”… pic.twitter.com/hdYb5h9dMW

Get those guys a bag toss set, stat.