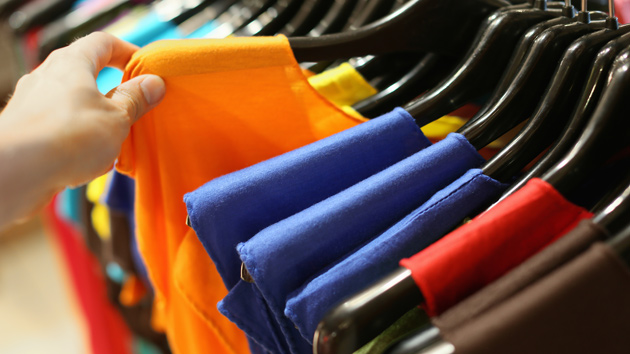 It’s well known that the outsourcing of clothing manufacturing to countries with low wages and weak regulations has led to exploitative labor conditions. But many foreign apparel factories also create environmental problems. The industrial processes used to make our jeans and sweatshirts require loads of water, dirty energy, and chemicals, which often get dumped into the rivers and air surrounding factories in developing countries. Almost 20 percent of the world’s industrial water pollution comes from the textile industry, and China’s textile factories, which produce half of the clothes bought in the United States, emit 3 billion tons of soot a year, according to the Natural Resources Defense Council (NRDC).

But a few basic (and often profitable) changes in a factory’s manufacturing process can go a long way in cutting down pollution. That’s the takeaway from Clean by Design, a new alliance between NRDC, major clothing brands—including Target, Levi’s, Gap, and H&M—and Chinese textile manufacturing experts.

Starting in 2013, 33 mills in the cities of Guangzhou and Shaoxing participated in a pilot program that focused on improving efficiency and reducing the environmental impact of producing textiles. The results, released in a report today, are impressive. 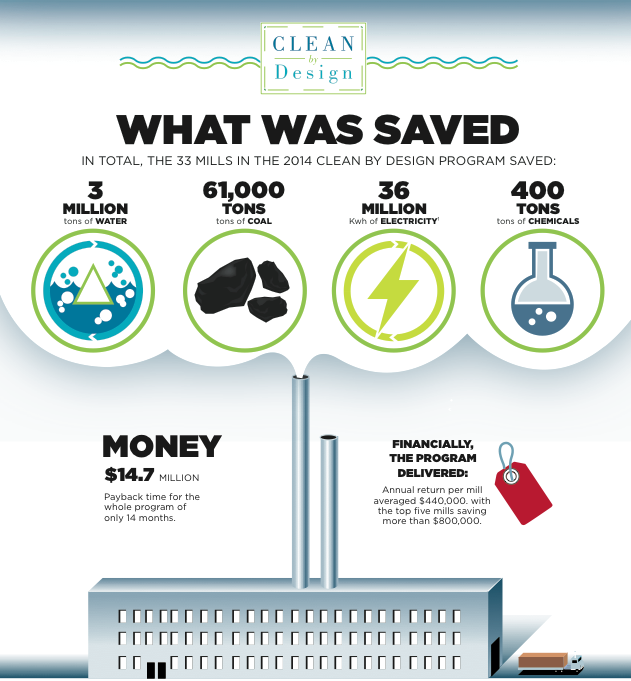 The 33 mills reduced coal consumption by 61,000 tons and chemical consumption by 400 tons. They saved 36 million kilowatts of electricity and 3 million tons of water (the production of one tee shirt takes about 700 gallons, or 90 pounds, of water). While mills often needed to invest in capital up front, they saw an average of $440,000 in savings per mill—a total of $14.7 million—mostly returned to them within a year.

How did they accomplish all this? Below are some of the measures that were implemented:

NRDC and its partners created an index that ranks the environmental responsibility of multinational corporations’ supply chains. Target, Gap, Levi’s and H&M are near the top of that list, while Ralph Lauren, J.C. Penny, and Victoria’s Secret are close to the bottom.

Dr. Linda Greer, a toxicologist and director of the Natural Resources Defense Council’s health and environment program hopes that the results of the pilot program will encourage other brands to push the mills they contract with to incorporate Clean by Design’s practices.

“Multinational companies know better,” she says, referring to the dismal environmental records of many major brands. “They used to manufacture everything here [in America], they know it need not look like this.” Besides, she says, it’s economically inefficient. “All that pollution is valuable chemicals, valuable water and energy that has been purchased and is being wasted.”