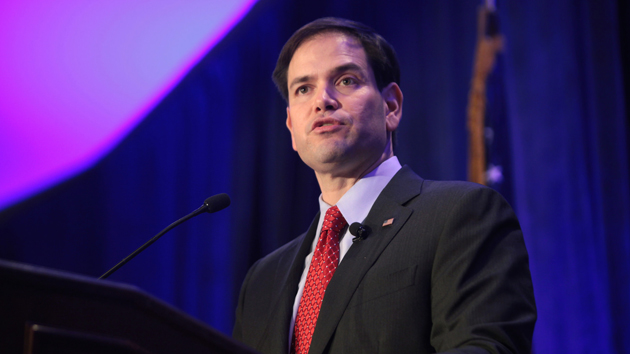 Presidential candidate Sen. Marco Rubio (R-Fla.) probably thought that his hawkish, Cold War foreign policy would endear him to Cuban Americans—but he may be in for an unwelcome surprise. Cuba policy is close to Rubio’s heart—his parents fled the country in 1956—and he has denounced the Obama administration’s détente with the Castro regime as “disgraceful” and “willfully ignorant.” Historically, this kind of rhetoric has earned Republicans support among Cuban Americans. But polls suggest that things have changed, and that Rubio’s strident Cuba outlook could damage his standing among a constituency that has buoyed his political career.

Every year since 1991, Florida International University has surveyed Cuban Americans’ attitudes on US-Cuba policy. The most recent poll, taken in 2014, reveals that those who took to Miami’s streets in December 2014 to protest the US restoring relations with Cuba are in the minority: 52 percent of poll respondents oppose continuing the embargo, and 68 percent favor the reestablishment of diplomatic relations. More than 70 percent say the embargo has worked poorly. How Cuban Americans of different ages responded reveals a stark generational split: A majority of those aged 65 and older still favor the embargo, but two-thirds of those aged 18 to 29 oppose it. Nearly 90 percent of millennial Cuban Americans favor reestablishing ties too.

For the 43-year-old Rubio, who is trying to brand himself as a new generation of Republican, this could be a problem. According to Guillermo Grenier, a Cuban studies expert at FIU, Rubio’s Cuba policy “doesn’t have legs” for the future. “People are changing. Rubio’s position will resonate among a certain percentage of the population—a shrinking percentage.” The younger generation, Grenier says, “say things like, ‘How can Rubio be against the embargo—doesn’t he know it hurts Cubans on the island?'”

Not long ago, candidates of both parties had to reassure Cuban Americans of their anti-Castro bona fides. Obama, as a candidate in 2008, addressed an audience of Cuban Americans and promised to maintain the embargo unless several conditions were met. Now, Grenier says, those days are drawing to a close. Politicians such as Rep. Ileana Ros-Lehtinen (R-Fla.), who built a decades-long career out of antagonizing the regime, did not challenge Obama’s decision to take Cuba off the official list of state sponsors of terror earlier this year. And even though Cuba remains far from being a free democracy, most Cuban Americans believe that US policy has made things worse.

As Cuba continues to play a larger role in foreign policy debates, Rubio may have to tread lightly—strategically “not emphasizing his views” in some situations, Grenier says. But it will be hard to downplay a career of fiery anti-communist Cuba rhetoric. On Fox News, Rubio called the December 2014 prisoner swap that began the recent diplomatic warming “absurd.” He went on to describe it as “part of a long record of coddling dictators and tyrants that this administration has established.” And Rubio is likely to mention recent Cuba developments during his major policy address today at the Council on Foreign Relations in New York.

But Rubio is unlikely to moderate his position. In December, he said defiantly: “I don’t care if the polls show that 99 percent of people believe we should normalize relations in Cuba.”