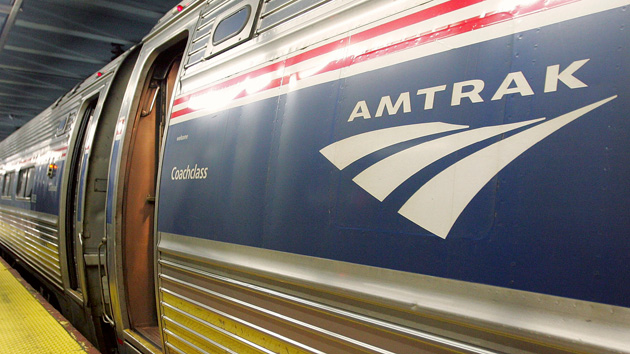 Last night, an Amtrak train traveling from Washington, DC, to New York City derailed in Philadelphia, causing hundreds of injuries and at least seven deaths. As investigators were piecing together what happened, the House of Representatives moved to reduce Amtrak’s federal funding. The Republican-led Appropriations Committee voted on Wednesday to slash grants to Amtrak by over $250 million—a 15 percent cut from last year. (Amtrak’s new budget would be about $1.1 billion.) The vote had been previously scheduled, but in the wake of Tuesday’s accident, Democrats and transportation experts criticized the move, asserting that increased rail funding was more important than ever.

For decades, Amtrak has been a political football, with politicians arguing over how much, if any, federal money should go toward funding it. Amtrak is a government-supported company, but it is under a federal mandate to turn a profit, while providing nationwide service—something it’s struggled to do for nearly all of its history. In the 1970s and 1980s, Amtrak hemorrhaged cash and cut back on routes. Since 1997, however, ridership has exploded—particularly on the DC-to-Boston Northeast Corridor.

According to a Brookings Institution study, Amtrak use grew 55 percent nationwide from 1997 to 2012. Along the Northeast Corridor that growth was huge: Boston had a 211 percent increase in ridership; New Haven, Connecticut, experienced a 192 percent boost. Nearly 11 million people got on or off an Amtrak train in New York City in 2012; over five million did so in Philadelphia. On routes shorter than 400 miles, Amtrak turned a $47 million profit in 2011.

Yet as more people use Amtrak, the rail service is struggling to maintain its existing infrastructure—much less make the improvements needed to match the quality of rail service in Europe or Japan. A 104-year-old bridge near Newark, New Jersey, is the linchpin of the Northeast Corridor, and it requires an estimated $940 million in improvements. Joseph Boardman, president and CEO of Amtrak, wrote in his budget request to Congress, “It is clear that Americans want a national system of intercity passenger rail…but to maintain and improve that system will require both an increase in the overall capital levels and a real federal commitment to deliver the needed financing.”

Explanations abound as to why Washington—particularly the GOP—has been loath to spend more on Amtrak. The Washington Post pointed out that improved rail service isn’t something many Republican legislators can sell to constituents at election time. People who live in GOP-held districts are six times less likely to use Amtrak than residents of Democratic districts. Also, as National Journal detailed last month, Republicans have long tried to privatize Amtrak.

But some Democrats and rail advocates contend that investing in Amtrak is like investing in highways: It’s a matter of public interest. On Wednesday, White House Press Secretary Josh Earnest touted President Barack Obama’s support for Amtrak funding. “Unfortunately,” Earnest said, “we have seen a concerted effort by Republicans for partisan reasons to step in front of those kinds of [infrastructure] advancements.” Obama had asked for $2.5 billion in Amtrak funding in his 2015 budget.

It’s not yet publicly known what happened to Amtrak 188, but media reports on Wednesday afternoon noted that that the train was traveling at over 100 miles per hour before derailing—more than double the mandated speed for that stretch. Reuters reported that Amtrak has begun installing technology designed to stop high-speed derailments, but the Philadelphia tracks where Amtrak 188 crashed did not have the system yet.

Whatever the cause, the tragedy should spur more discussion of the need for better rail, says Joseph Kane, a transportation policy expert at the Brookings Institution. “It’s a shame that it takes a disaster to shift attention in this direction,” he notes. “We need to ask the hard questions…beyond the individual factors of this derailment: Are we investing adequately in our rail network, prioritizing areas of national significance?”

The last time major Amtrak funding was passed came in 2008—right after a deadly rail accident in California.