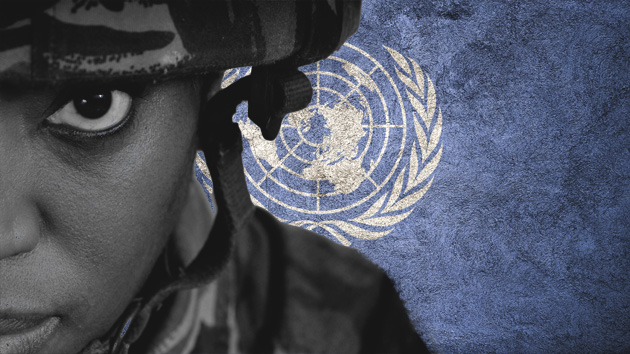 The US military has a problem with sexual violence. That’s the conclusion of the Universal Periodic Review Panel, a UN panel that aims to address the human rights records of the 193 UN member states. This is the second time that the panel has scrutinized the United States; the first was in 2010, when the list of concerns included detention in Guantanamo Bay, torture, the death penalty, and access to health care. Its latest report came out Monday morning, and there was a surprising addition to the predictable laundry list of US human rights violations.

In one of 12 final recommendations, the UN Council urged the US military “to prevent sexual violence in the military and ensure effective prosecution of offenders and redress for victims.” Other recommendations included stopping the militarization of police forces, closing Guantanamo Bay, ending the death penalty, and stopping NSA surveillance of citizens.

For years US lawmakers and activists have complained about sexual assault in the military, but this is the first time the United Nations has addressed the issue.

Representatives from Denmark and Slovenia were especially outspoken in their criticism of the United States for not doing enough to prevent and prosecute alleged cases of sexual assault. Vojislav Šuc, Slovenia’s representative, encouraged the US to “redouble efforts to prevent sexual violence in the military and ensure protection of offenders and redress for victims.”

Stephanie Schroeder, a military sexual-assault survivor who traveled to Geneva for the hearing, said in a press release, “Today’s outcome shows that redress can be won before the UN—and hopefully lead to meaningful change back home.”

The UN panels likely decided to investigate US military sexual violence in response to a report last year from the Service Women’s Action Network and Cornell Law School’s Avon Global Center for Women and Justice and the Global Gender Justice Clinic. It analyzed statistics from the Department of Defense, survivors’ stories from federal cases, and interviews with survivors.

The report concluded, “In cases where an act of sexual assault has already been committed in the military, the U.S. oftentimes fails to promptly and impartially prosecute and effectively redress the assault and thereby violates servicemen and women’s rights under international law.”

The UN Human Rights Council evaluation targeted the military’s reporting process, in which the decision of whether to prosecute cases of alleged sexual assault or harassment is left to superiors in the chain of command rather than an outsider with experience in sexual assault. For years, activists and lawmakers in the United States have tried to change this protocol—but leaders in the military have balked at bringing civilians into bases and military academies to investigate alleged assaults. Advocates say that commanders should not be in charge of handling these cases, since they are not trained in legal or criminal matters and often directly supervise both the victim and the perpetrator. Victims often are afraid to report the assault, fearing retribution or inaction. In a 2014 RAND Corporation survey of service members who reported sexual assaults, 62 percent of those who responded claimed they experienced social or professional retaliation after reporting unwanted sexual harassment, including being fired.

Denmark’s representative to the UN Human Rights Council, Carsten Staur, recommended “removing from the chain of command the decision about whether to prosecute cases of alleged assault.”  His comments marked the “first time that a human rights body has called upon the U.S. to remove key decision-making authority from the chain of command in cases alleging sexual violence,” noted Liz Brundige, the Avon Global Center’s director, in a press release.

The State Department, the Pentagon, and the US representative to the United Nations did not respond to requests for comment on the council report.

When the UN Human Rights Council last reviewed the United States in 2010, the US government promised to respond to all of the recommendations—including improvements to health care, criminal justice, and other areas of concern—with a written report of goals. This year, the UN Human Rights Council commended the US for six areas of “positive achievement,” including strengthening the social welfare system in the United States, creating a task force on 21st-century policing, taking some measures to address violence against women, upholding some of the rights of LGBT individuals, improving access to health care, and releasing details on CIA interrogation techniques. When the panel reviews the United States again, the US will have to update the United Nations on its progress on sexual assault in the military.

Of course, the problem of military sexual assault is not limited to the United States. Last year, Swedish UN official Anders Kompass leaked to French authorities an internal investigation detailing allegations that French soldiers on a peacekeeping mission in the Central African Republic raped children and traded food for sex. Kompass said that he leaked the report because he was concerned that the United Nations would not disclose its findings or take action. Just last week, after the report was revealed by the Guardian, French prosecutors launched an investigation into the allegations. The whistleblower is now under internal investigation, according to the UN secretary general’s office, for a “serious breach in protocol” and risking victims’ privacy. French President Francois Hollande has declared he “will be merciless” if the allegations are proven true.