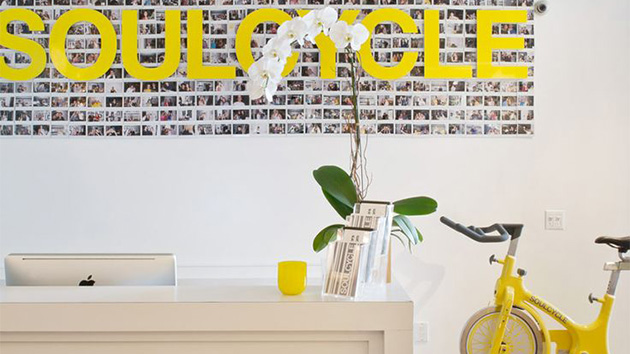 Last year, a SoulCycle opened up in our office building. There were dozens upon dozens of bright young things lined up around the block for days. I don’t mind admitting that I thought they were lunatics. They looked like lunatics—albeit attractive lunatics. In the months since, the lines have faded away, but every day I have walked past a robust collection of SoulCyclists constantly milling about on our sidewalk.

I have had a gym membership in one form or another since I was a #teen. For most of that time I was paying $120 a month to “go to” Equinox. Occasionally when I’d be overcome with guilt about wasting money on a membership that I always found an excuse to avoid, I would go to the website, hover my cursor over the CANCEL MEMBERSHIP button…but then stop. This will be the month I get serious about going. That was a fantasy. (Let the record show that I have finally let it expire. This is progress.) Anyway, gyms and personal fitness are a constant thing in my mind if only because I am acutely aware how ridiculous it is that I spent many thousands of dollars to go to a gym all together like 50 times. This guilt and shame keeps me up at night.

Last week, Alex Abad-Santos published a post at Vox called “I used to make fun of SoulCycle. Now I’m an addict.” I immediately mocked it.

Then something terrible and predictable happened.

I know I JUST made fun of @alex_abads but he may have actually convinced me to try SoulCycle http://t.co/rF6K75LekE pic.twitter.com/SnSvH7zxix

Then came the inevitable.

In the span of a few tweets I went from making fun of @alex_abads for going to soul cycle to signing up to go to soul cycle.

A friend agreed to go with me at 7:30 pm last Monday. This is perhaps a good time to point out that SoulCycle is ridiculously expensive. Your first class is $20. After that it goes up to $30+. Twenty dollars poorer, I prepared to feel like an idiot and huff and puff and hate it, but I figured I would then write about how dumb it was. “Local Man Proclaims Vox Wrong” would be the headline.

So Monday comes and my friend flakes because friendship is just a construct. Going alone seemed far more daunting than going with her, and by 5 pm I was convinced I’m not going to go. My ankle hurts! I’m tired. Work work work. But I had paid that $20! I wasn’t going to let this be like Equinox. Not again. So I drag my lazy, crazy ass down to the first floor of our building.

I walk in and am immediately embarrassed. There are lots of women there waiting for the class to begin, and at first I see not a single other man. I approach the lady at the counter.

“Hi, I’m here for my first class and I’m very embarrassed and scared and please don’t laugh at me but if that’s a part of the ritual of the first time I understand.”

She directs me into a unisex locker room which immediately makes me wonder if I am the first straight man ever to do SoulCycle. (I am not.) I get into gym attire and put on cycle shoes. Cycle shoes are weird. There are like stupid clips on the bottom and you can’t walk properly with them. You walk like an idiot. I walked like an idiot, is what I’m trying to say.

We—maybe six men and 60 women—wait to go into the spin room. I do not make eye contact with anyone. The doors open and out comes the previous class. They are drenched in sweat. We enter—I apprehensive, they eager—and find our preassigned bikes. A second nice lady comes and asks if it’s my first time and helps me click my dumb shoes into the dumb bike. The room is very dark. She tells me that there are hand-weights under my seat. I do not know why I will need hand-weights. I babble on about how a friend was supposed to come with me but bailed. She does not believe my friend exists.

The music starts and the instructor, Kelly, arrives.

“Is it anyone’s first time?” Kelly shouts. I am too shy to acknowledge that it is my first time. “Great! So we all know what we’re doing.” I’m going to die. For the next 45 minutes we pedal to EDM while Kelly shouted inspiring buzzwords at us. 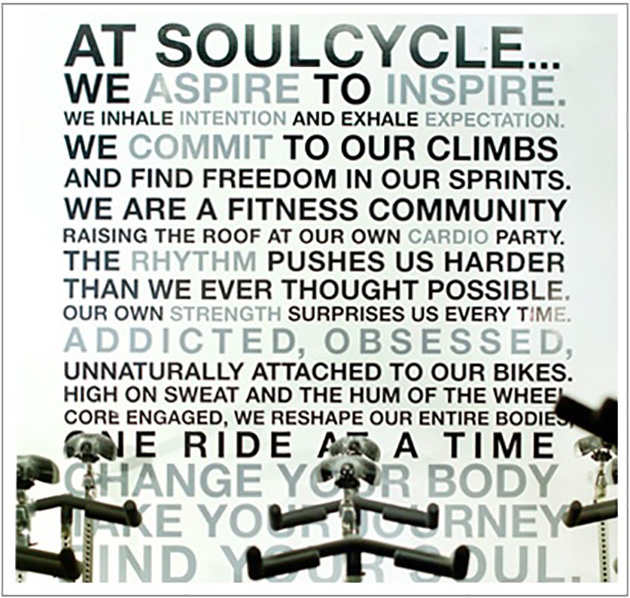 Here’s how the more seasoned Abad-Santos describes the experience:

The moves vary from crunches (while riding, you drop your elbows and support yourself through your abs) to tap-backs (you thrust your hips backward while riding out of the saddle), and many of them hit weird muscles you didn’t know existed. You’re also told to position yourself in a certain way (hips back, arms tucked close to your body, shoulders locked down, etc.) that ensures you’re getting a good workout.

There are “hills” — intervals where you crank up the resistance and pedal against it — where it feels like you’re moving your legs through thick mud. There are fast sprints that will make you gulp oxygen and feel like your lungs are leaking. There’s even an arms section where you curl and press your biceps and triceps until they fail, all while pedaling. You never stop pedaling; if you stop pedaling, a cannon sounds and you’re airlifted out of the arena. By the end of every class, I’ve left a small puddle of glistening sweat beneath my bike and my shirt is soaked through.

For some reason, I find all of this thrilling.

Here is the thing about SoulCycle: It totally is new age weirdness. It totally is a therapy session. It totally is a cult. It totally is really hard. But I get it! I get the allure! It’s fun. It’s releasing. It’s cathartic. It pushes you more than I’ve ever been able to push myself. Even those dumb cycle shoes shoes proved pretty cool! (They make it really hard to fall off the seat!)

SoulCycle is like working out in a nightclub while someone tells you “it’s not your fault.”

And after you feel pretty great!

It’s probably not for everybody. But I like it. I’m going back. I bought the five class pack. I’m a cultist. 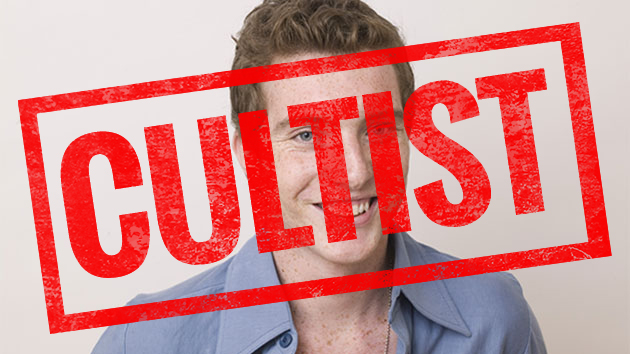