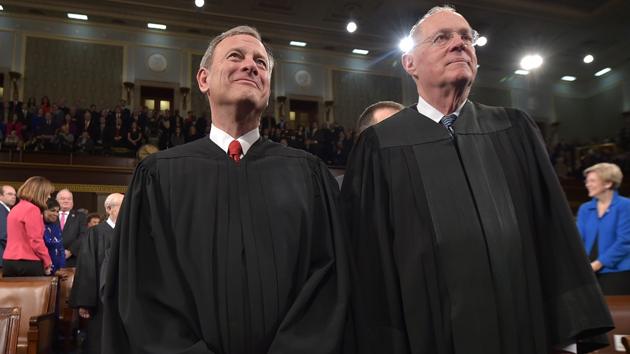 The Supreme Court upheld a key portion of the Affordable Care Act on Thursday, delivering a major victory for the Obama administration by preserving the president’s signature health care law for the second time.

In a 6-3 decision, the majority ruled that individuals buying private insurance in marketplaces run by the federal government are eligible for subsidies, allowing millions of Americans to retain their coverage and the law to continue to function in dozens of states where it was threatened. Chief Justice John Roberts wrote the decision, joined by Justice Anthony Kennedy and the court’s four liberal justices. Conservative Justice Antonin Scalia penned a dissent, joined by fellow conservatives Samuel Alito and Clarence Thomas.

“Congress passed the Affordable Care Act to improve health insurance markets, not to destroy them,” Roberts wrote in his opinion, emphasizing the role of Congress to pass laws. “In a democracy, the power to make the law rests with those chosen by the people. Our role is more confined—to say what the law is.”

Roberts also took note of the dire consequences of cutting off subsidies for millions of Americans. “The combination of no tax credits and an ineffective coverage requirement could well push a State’s individual insurance market into a death spiral,” he wrote.

The 2010 health care law instructs states to set up marketplaces for people to purchase private coverage. If a state declines to set up an exchange, the law gives the federal government the responsibility of setting up an exchange for the state. In order to make sure coverage is affordable, the law grants subsidies to certain people based on their income, and the subsidies are administered by the Internal Revenue Service in the form of tax credits. In a lawsuit conceived by conservative lawyers opposed to Obamacare and with a colorful cast of plaintiffs, the challengers to the law argued that only individuals buying coverage in state-run exchanges qualified for subsidies, and that the IRS, in providing subsidies in the form of tax credits to individuals in both state- and federally run exchanges, was acting illegally.

The challengers’ case hinged on one sentence in the law which makes subsidies available for plans purchased “through an Exchange established by the State.” This sentence, they argued, precluded the government from giving subsidies to anyone purchasing insurance in an exchange not run by a state. And since 34 states declined to set up their own exchanges, that outcome would have cut off subsidies for millions of people. Further, the challengers argued that Congress, lacking the authority to force states to create exchanges, intentionally withheld subsidies to pressure states to create their own marketplaces.

Defending the availability of subsidies in every state, the Obama administration countered that looking at a single sentence in a massive law is misleading. Taken as a whole, the administration argued, the Affordable Care Act was clearly intended to make subsidies available nationwide—other provisions of the law make no sense unless interpreted this way. The intention of lawmakers was also clear—why would Democrats have handed Republican governors the ability to destroy the law they had worked so hard to pass? If Congress had wanted to make billions of dollars’ worth of subsidies contingent on states creating their own exchanges, as more than 20 states pointed out in a brief, wouldn’t the government have informed the states that their subsidies were on the line?

A second piece of the case revolved around a Supreme Court doctrine known as “Chevron deference,” under which the courts defer to the federal agencies’ reasonable interpretations of a statute when the language of the law is unclear. In this case, the IRS issued a finalized rule in May 2012 that made the subsidies available in every state. A ruling in favor of the plaintiffs would have upended a settled area of Supreme Court jurisprudence. But Roberts’ opinion argues that Chevron does not apply in this case because the text of the law, taken as a whole, was not ambiguous in its intent to provide subsidies nationwide.

“Had Congress meant to limit tax credits to State Exchanges, it likely would have done so in the definition of ‘applicable taxpayer’ or in some other prominent manner,” Roberts wrote. “It would not have used such a winding path of connect-the-dots provisions about the amount of the credit.”

This is the second time the Supreme Court upheld a key portion of the Affordable Care Act. In 2012, the Supreme Court narrowly rejected a challenge to the law’s requirement that people buy health insurance or pay a penalty.