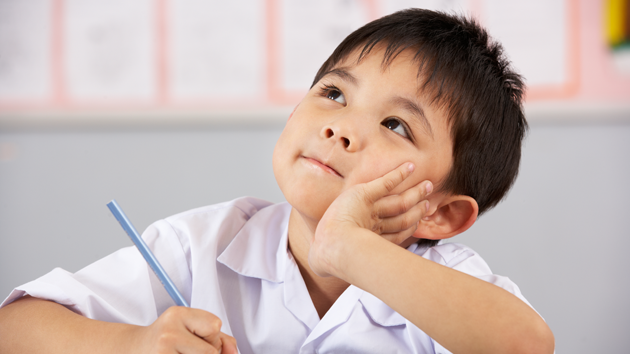 A new study suggests that growing up poor affects brain development at an early age, and those brain changes can have huge effects on academic achievement.

Kids who came from families below the poverty line exhibited “systematic structural differences” in their brains.

Researchers from Duke University and the University of Wisconsin-Madison tracked nearly 400 children and young adults in a longitudinal study over the course of six years, between 2001 and 2007. Every two years, the researchers met with the participants, whose socioeconomic backgrounds ranged from far below the poverty line to far above it.

At each meeting, the participants would undergo a brain scan, which measured the amount of gray matter in parts of the brain that are key to academic achievement: the frontal lobe (which helps with executive functioning and emotion regulation), the temporal lobe (memory and language comprehension) and the hippocampus (long-term memory). The participants also took tests designed to evaluate skills necessary to perform well academically, like visual processing, math computation, visual motor coordination, concept formation, and more.

The results, published today in JAMA Pediatrics, were striking: Kids who came from families below the poverty line exhibited “systematic structural differences” in their brains, with 7-10 percent less gray matter in the three tested areas than those children living above the poverty line. The participants below the poverty line also scored significantly lower on the academic achievement tests; the researchers estimate that 15 to 20 percent of this difference can be attributed to the differences in brain development.

The developmental changes likely come from the “environmental circumstances of poverty,” says Seth Pollak, a study co-author. He describes the problem as two-pronged: There’s a lack of things that help stimulate brain growth, like people to read to you, crayons and books, a bed in which to get good sleep. And there’s too much of the stuff that delays it: stress and crowding, not knowing where the next meal is coming from, unstable housing situations, and exposure to violence. “All these things together affecting the central nervous system,” says Pollak.

One oddly hopeful takeaway is that brain development only seemed to correlate with poverty levels for the poorest kids: There wasn’t a difference in brain development between lower-middle class kids and affluent kids. This suggests that some gains could be made by developing programs for very young children in poverty that give them some of the same cognitive stimulation and stability as their middle-class peers, including preschool and parenting programs.

This isn’t the first research to show that poverty adversely affects brain development of children. Perhaps the most well-known study, by researchers at Rice University, found that by age three, poor children hear roughly 30 million less words than their more privileged counterparts. And there’s also research showing the effects of poverty on the achievement gap: Children growing up in poor families, even when allowed to go to better schools, tend to perform worse than their middle class peers.

But the study released today was the first to connect these findings. “It was stunning to see the circle closed—the delay in brain growth explains the achievement deficit in poor children,” says Pollak. Poverty, he notes, isn’t just a social problem—it’s a biomedical one.