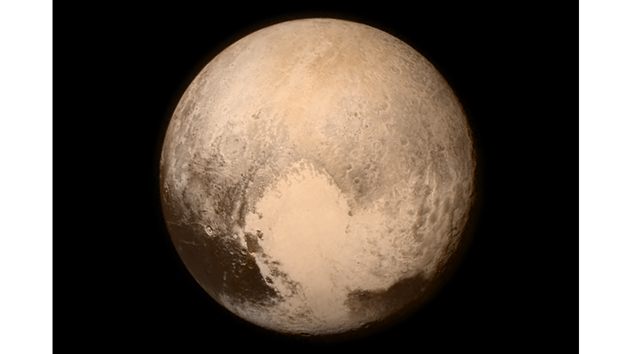 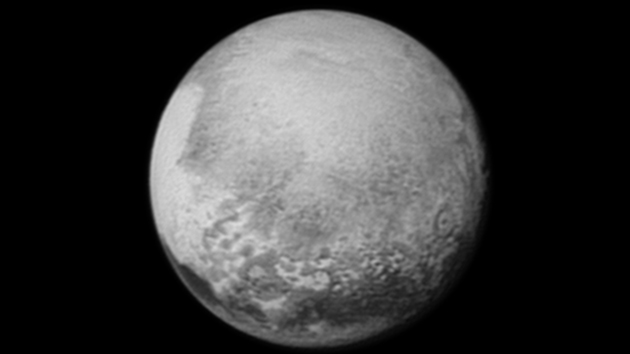 On July 14, humankind will hit a historic marker: NASA’s New Horizons spacecraft will glide past Pluto, the dwarf planet that marks the end of the solar system, and at 7,800 miles above its surface, it will start snapping photos. By the next day, homo sapiens on Earth will be able to see the first close-ups of this down-graded planet. Though the $728 million, nine-year mission was nearly derailed by a technical glitch, New Horizons has already zapped back movies and pics of Pluto, including what the clearest image to date of the dwarf planet and its moon, Charon. But the money shot is a few days away. No doubt, the guys and gals at mission control are on the edge of their seats, waiting for this galactic Kodak moment.

Finally, we’ll get to see what mysterious Pluto truly looks like. And what might that mean? Dwayne Day, a space historian, has an interesting take. In an essay for the Space Review, he boldly states, “Pluto is going to change us.” Some of the change, he predicts, is, well, predictable. First off, there will be the scientific impact: “Every time a spacecraft encounters a new object in our solar system we are surprised. Every single time. And Pluto is going to surprise us and rewrite our textbooks.” A taxpayer can say, “I certainly hope so.” And a subsequent change in space policy, Day observes, might ensue: “The deluge of Pluto science may create a new group of Kuiper Belt Object scientists interested in using Hubble and other telescopes to search for other objects, or even lead to approval of another mission to head out into the Black, way out at the corner of No and Where.”

But there’s more. Day speculates that the flyby and the images it yields will change our culture, perhaps influencing our music and movies. He notes, “The 1994 crash of comet Shoemaker-Levy 9 into Jupiter inspired the 1998 movies Deep Impact and Armageddon and dozens of movies, TV shows, and documentaries about the dangers of killer asteroids. The 1997 Mars Pathfinder mission inspired the 2000 movies Mission to Mars and Red Planet.” So perhaps one day a futuristic True Detective will take place on the tiniest and farthest planet.

But the most intriguing change Day ticks off is political:

The Pluto flyby will change our politics. Wars will not end because of a tiny spacecraft flying past a distant object in our solar system. There are over seven billion people on planet Earth, and most of them may not even hear about this event. But some will hear about it, and they will realize that it is an American spacecraft doing this, just as they saw an American rover land on Mars and American spacecraft orbit Jupiter and Saturn. NASA is one of the greatest goodwill ambassadors that the United States has. NASA demonstrates American ingenuity and quality and capability. It is the ultimate example of soft power, convincing other countries that the United States is a country to be admired and befriended. This is not a big thing, not a ratchet of a gear in global power politics. But this flyby, this accomplishment, adds a marker in the plus column for America’s standing in the world.

The gang at ISIS might not be impressed. But this feat—the United States spending close to $1 billion so the entire world can learn more about the far reaches of the solar system we share—does convey a positive message about the nation. We’re not just a country that has promoted torture, pioneered death-by-drone, and poured climate-changing emissions into the atmosphere. We’re exploratory emissaries for the human race. Earth, meet Pluto, courtesy of the USA.