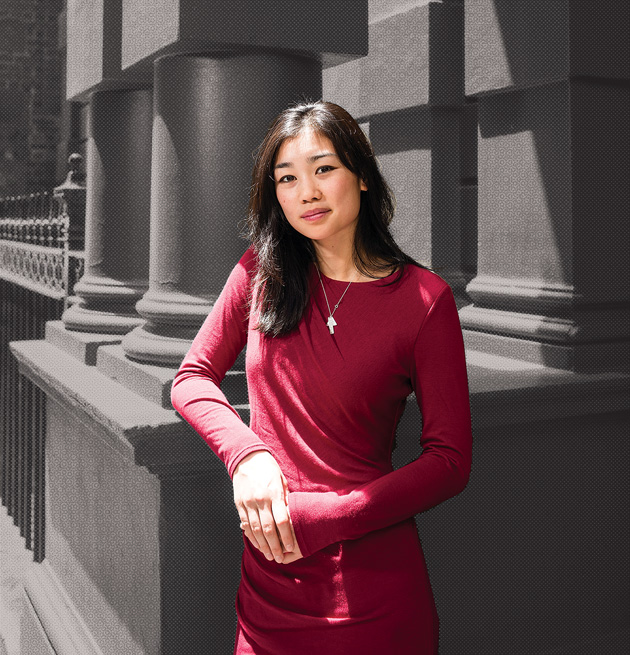 Back in October 2013, Tracy Chou, a top engineer for the social scrapbooking site Pinterest, was flying home to San Francisco with fellow attendees of the annual Grace Hopper Celebration, the nation’s biggest conference for women in computing. “If this flight out of Minneapolis goes down,” she tweeted, “Silicon Valley is going to be down a substantial % of female engineers.”

She was only half joking. At the conference, Facebook COO Sheryl Sandberg had posited that the Valley’s gender gap was actually getting worse, and the comment set Chou’s geek gears whirling. “Not that I disagree with the premise,” she says. “I just had this thought that nobody actually knows what the numbers are.”

The presence of women on engineering teams has remained flat, at around 13 percent, for more than two decades.

For years, Silicon Valley has tried to hide those numbers. Starting in 2008, news outlets filed Freedom of Information Act requests with the Department of Labor, hoping to obtain the workforce diversity data the tech giants refused to release. The companies lawyered up—as of March 2013, most of the top firms (Apple, Google, Microsoft, et al.) had convinced the feds their stats were trade secrets that should remain private.

Their real reason for withholding the data may well have been embarrassment. Although tech employment has grown by 37 percent since 2003, the presence of women on engineering teams has remained flat (at around 13 percent) for more than two decades, and women’s share of what the US Census Bureau calls “computer workers” has actually declined since the early 1990s.

In this male-dominated landscape, Chou, 27, is a rising star, with two degrees from Stanford, including a master’s in computer science with a focus on artificial intelligence. On her way up, she interned at Google, Facebook, and a rocket science company. Her coding prowess recently landed her on Forbes‘ “30 under 30” and Fast Company‘s 2015 list of the “most creative people in business.” 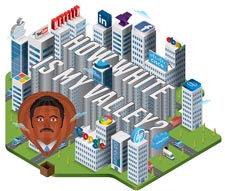 Despite her success, she’s more than passingly familiar with the obstacles the Valley’s sausage fest creates for women—from brogrammer pickup lines to biased hiring and promotion. (Not to mention pay: As of 2011, census data shows, women in technical fields were making about $16,000 less, on average, than men.)

Fed up with the data void, Chou came home from her conference and wrote a Medium post calling for more transparency: “The actual numbers I’ve seen and experienced in industry are far lower than anybody is willing to admit,” she wrote. “So where are the numbers?” With her bosses’ permission, she started the ball rolling: Just 11 of Pinterest’s 89 engineers (12 percent) were women, she revealed. (Today, it’s around 17 percent.)

Her post quickly made its way around programmer circles, and employees of two dozen companies shared gender stats with Chou via Twitter. To keep track of the numbers, she set up a repository on the code-sharing site GitHub and invited all to participate. As word spread, more techies stepped up. Within a week, her repository had stats on more than 50 firms. (It now has more than 200—including GitHub, whose 104 coders include just 14 women—making it the most comprehensive available source of coders’ gender data.)

The numbers were as bad as you might expect: Just 17 of Yelp’s 206 engineers (8 percent) were women, for example. Dropbox was barely better, with 26 out of 275 (9 percent). Nextdoor, a social-media tool for neighborhoods, had 29 engineers—all male. Change.org, which bills itself as “the world’s platform for change,” had less than 13 percent women engineers; it has since changed for the better, with 20 percent.*

Chou’s project helped fuel the wave of public criticism that has shamed big companies into coming clean. Seven months after the launch, Google disclosed that 17 percent of its tech staff is female. (Chou heard that her Medium post had made it all the way to cofounder Larry Page.) Twitter, Facebook, Yahoo, and dozens of other companies coughed up their stats not long after: Most reported between 10 and 20 percent women in “tech” positions—which can be pretty loosely defined. Some household names, like IBM, Netflix, and Zynga, still have yet to produce meaningful diversity data. “The crowdsourced stuff is way better and more reliable than the official party line,” notes Silicon Valley diversity consultant Nicole Sanchez, whom Github recently hired as a VP. (The racial diversity numbers are equally cringeworthy; see our related story on Jesse Jackson’s efforts in Silicon Valley.)

“I felt really out of place,” in Stanford’s computer science program, Chou told me. “There weren’t many other women.”

I sat down with Chou at Pinterest’s San Francisco headquarters a few days before an infusion of capital made it one of the world’s most valuable startups—$11 billion on paper. In a glass-wrapped conference room, she perched on the edge of her seat, speaking softly, but at a spitfire pace. Chou first learned of the industry’s gender problem from her parents, engineers who earned their Ph.D.s together back in the 1980s. “Their names are gender-ambiguous transliterations of their Chinese names,” she recalled. “One of the stories my mom told was that she went to pick up finals for both her and my dad. The professor was really surprised at who was who, because my mom was doing better in the class.”

When she started out studying computer science as a Stanford undergrad, “I felt really out of place,” she told me. “There weren’t many other women.” The coursework was tough, and the guys in her classes talked a big game. “My self-calibration was off,” she explained. “There’s research on how guys are generally inclined to give themselves more credit. So their calibration was ‘I’m awesome; this is super easy,’ when I felt like I was doing poorly.”

Concerned she wasn’t qualified for CS, Chou switched to electrical engineering. But the more she excelled, the more pushback she got. Male classmates would interrupt her or tune out when she spoke. During group projects, guys would reject her proposals and debate alternatives for hours before returning to her idea. “It’s okay to have a girl in the class if she’s not very good,” she said. “But it felt like once I became better than they were, it was not okay anymore.”

At one tech meet-up, a guy joked about Chou’s job at another company: “What do you do there, photocopy shit?”

This insidious sexism followed her into the real world. At one diversity event, Chou got into a debate with a male developer over a product built by Quora, where she’d been an early engineer. “Finally, I had to say, ‘No, I worked there. Stop shitting on me!'” Another time, at a meet-up, a guy joked about Chou’s job at another company: “What do you do there, photocopy shit?” Men tried picking her up with lines like, “You’re too pretty to code.” Such cluelessness presented a conundrum: “There’s always that question of, ‘Do I want to be the engineer that always talks about gender? Or do I want to be an engineer that talks about engineering?'”

The Valley’s sexism came under renewed scrutiny this year when Ellen Pao, a former partner at Kleiner, Perkins, Caufield, and Byers, sued the VC firm for discrimination. She lost, but the case “raised awareness of the sort of thing that a lot of women face: unconscious bias, messy situations, discrimination that’s not clear-cut,” Chou said. In her view, getting the numbers out there is merely a first step: “There’s an analogy in product development,” she said. You can try to grok your users by looking at what people are clicking and how many are creating accounts, but “understanding the why in the numbers is pretty important,” she added. “We’re not quite there yet.”

Clarification: After publication, Nextdoor contacted Mother Jones with their updated gender breakdown; of the company’s 40 full-time engineers, three are women.