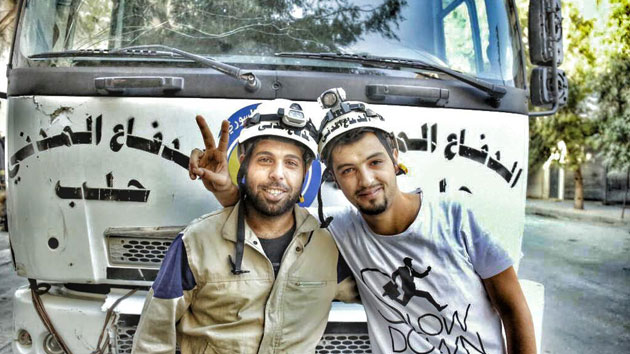 Mahmoud al-Basha wore a camera around his neck and an easy smile when I first met him in southern Turkey in the summer of 2014. Four months earlier, he had escaped a kidnapping attempt by an armed group in Syria allegedly associated with the Al Qaeda affiliate Jabhat al-Nusra. Basha and British reporter Anthony Lloyd had been sold out by a rebel commander they’d come to trust, taken at gunpoint, and stuffed into the trunk of a car. Basha seized an opportunity to break free, kicked open the trunk, and fought off his captors.

Eventually, fighters from the Islamic Front, a rebel group that controlled much of northwestern Syria, helped Basha and Lloyd reach the Turkish border. It was the second time Basha had been kidnapped, if you don’t count the three months of torture he endured in one of Assad’s jails.

Four years earlier, when Syria’s revolution began, Basha had rallied in the streets during the first demonstrations against Syrian president Bashar Al-Assad. His activism led to him getting kicked out of his university in Homs and being imprisoned by the Assad regime. He then returned to his hometown of Aleppo to document the war that has now claimed more than 210,000 lives and turned another 4 million Syrians into refugees. He used hidden cameras, formed secret groups of activists and citizen journalists, and helped establish the Aleppo Media Center to provide the rest of the world with a rare glimpse of the carnage in Aleppo: government barrel bombs falling on homes, children torn apart by explosives, a man beheaded by ISIS militants in a case of mistaken identity. 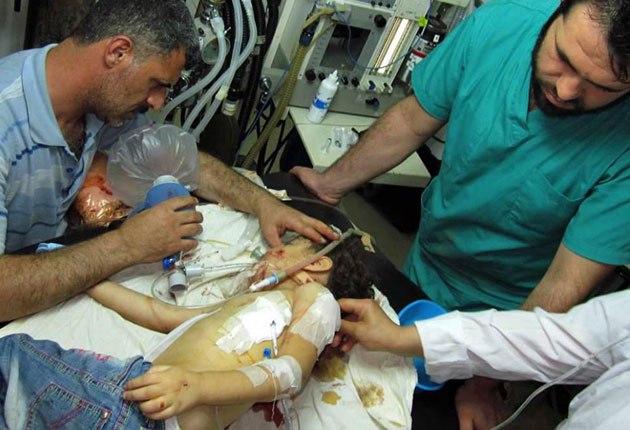 Aleppo has “completely changed,” he says. “The city’s neighborhoods are devastated because of daily shelling and the use of barrel bombs by the Assad regime.” Amid the horror of the war, Basha also focused on the White Helmets, a group of volunteer rescuers who tunnel into bombed-out buildings to save the people trapped inside. He also turned his lens to children, who “have lost all kinds of fun and happiness in childhood” but still have “big dreams after the end of the war.”

After four years of covering the war, Basha has moved to Gaziantep, Turkey, where he works as a fixer for foreign journalists along the border with Syria. He recently returned to Syria, but to be married, not to work.

When he was kidnapped last year, Basha lost his entire photo archive. Below is a selection of images he took and posted to Twitter during his time covering the war in Syria. 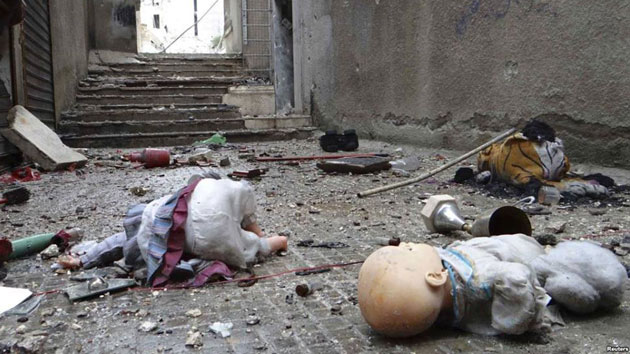 “#Syria The dolls in a normal world represent the life …. the joy … in Syria represent death.” February 16, 2015 Mahmoud al-Basha 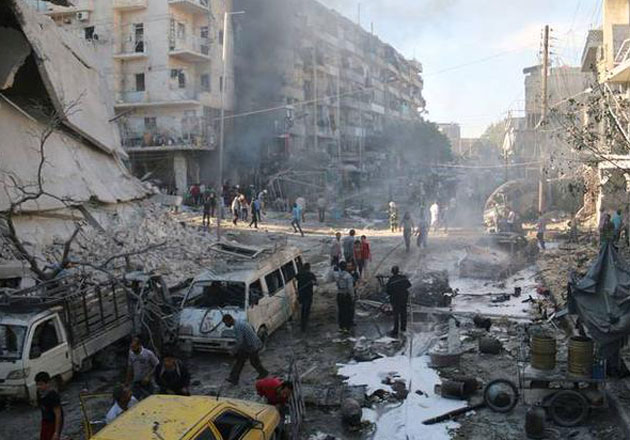 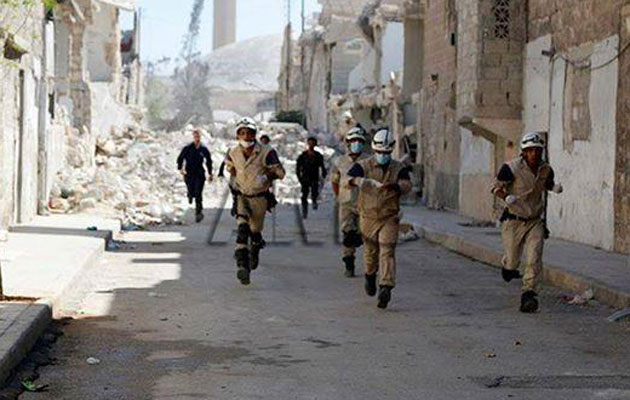 “#Syria #Aleppo White Helmets of race to the danger to the aid of those in need …@SyriaCivilDef.” September 22, 2014 Mahmoud al-Basha 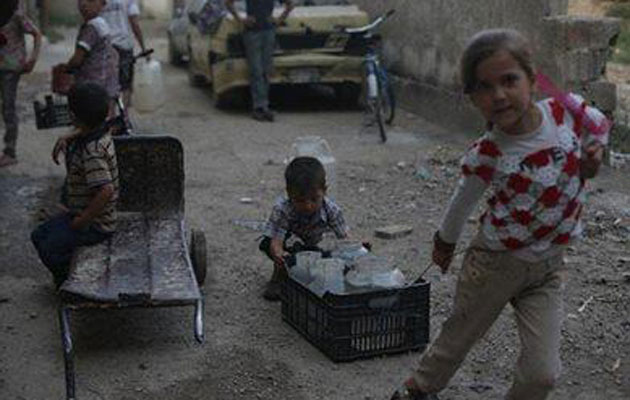 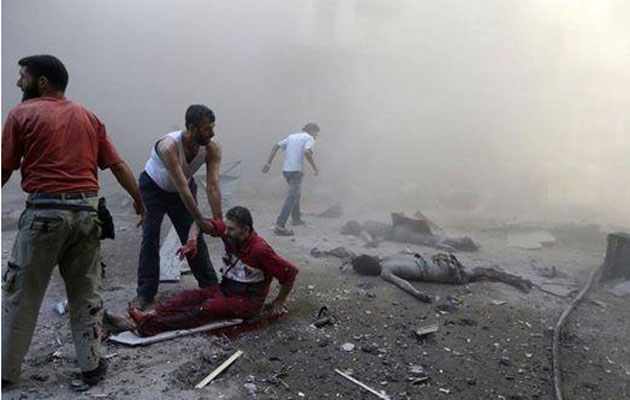 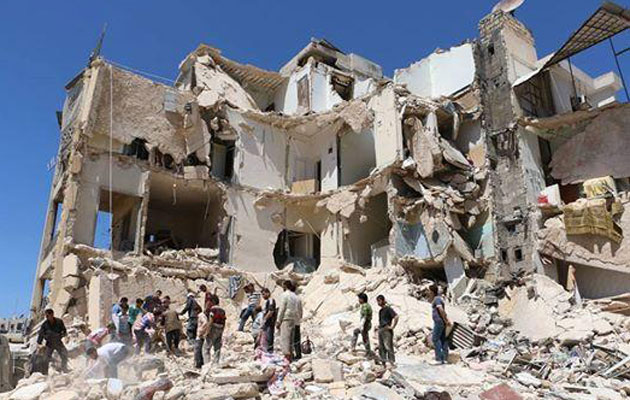 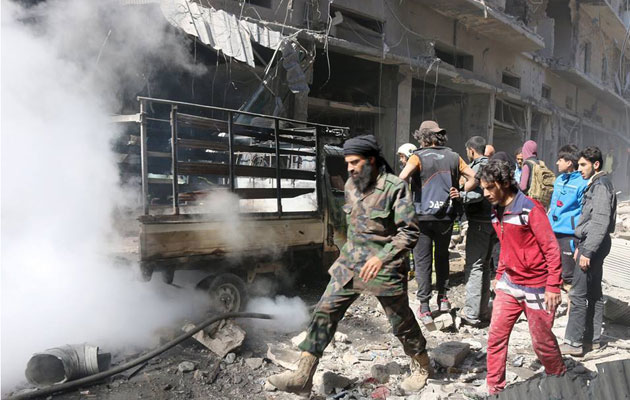 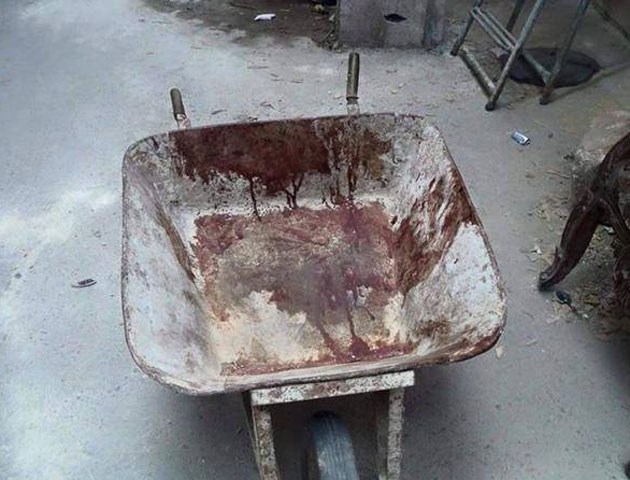 “In a normal country used to transport building materials … #Syria is used to carry the dead and wounded.” April 11, 2015 Mahmoud al-Basha