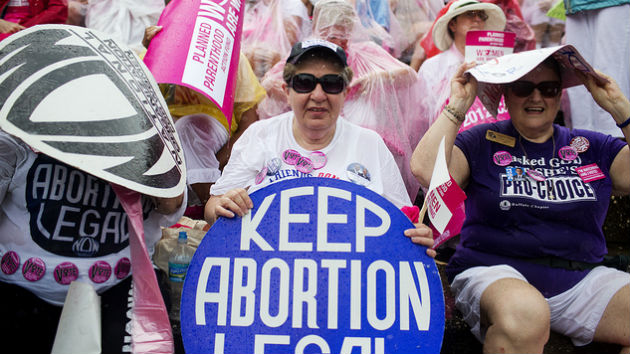 Since undercover videos that captured Planned Parenthood staff discussing fetal tissue donations were released last month, GOP officials in more than 10 states have clamored to launch investigations into the organization. On Tuesday, South Carolina Gov. Nikki Haley joined that group, ordering her state’s health department to review the policies and practices of all abortion clinics in the state, including the three operated by Planned Parenthood.

“These practices are not consistent with the laws or character of our state,” Haley wrote in her letter to the state agency tasked with regulating abortion clinics, adding that it “cannot allow an organization with broken internal oversight and a flawed corporate culture to behave the way Planned Parenthood has in other states.”

In the videos, recorded surreptitiously and released by the anti-abortion group Center for Medical Progress, Planned Parenthood officials talk frankly about the organization’s tissue donation program and the costs associated with donating fetal tissue from an abortion. Though fetal tissue donation is a long-standing and legal practice in the United States, and has contributed to medical advancements like the polio vaccine, conservatives have used the videos to attack the health care organization, saying they provide evidence that Planned Parenthood illegally profits from the sale of aborted fetuses. And they’ve pushed for investigations to unmask this purported criminal wrongdoing.

But so far, those investigations are falling flat. Completed probes in Georgia, Indiana, Massachusetts, and South Dakota have spent thousands in taxpayer money but turned up no evidence that Planned Parenthood is trafficking in the sale of fetal tissue. And in most of the other states that have launched investigations—including Ohio, Arizona, Texas, and Kansas—Planned Parenthood affiliates don’t even have fetal tissue donation programs, making it hard to believe the states will find any illegal activity related to the practice. In Louisiana, where Gov. Bobby Jindal ordered an investigation in mid-July, Planned Parenthood does not even operate a single abortion clinic.

Not every governor has taken the bait. Democratic governors in Minnesota and Virginia have rejected state legislators’ pleas to look into the group, saying they won’t waste time investigating programs that don’t exist in their states.

“As far as I’m concerned, there’s no basis for an investigation at taxpayer expense into a private nonprofit organization that has stated they don’t engage in those practices,” Minnesota Gov. Mark Dayton told local reporters after he received a letter from GOP lawmakers asking him to take action.

Other states have taken another approach since the release of the videos: Governors in Alabama and Arkansas, along with Louisiana’s Jindal, have moved to block Medicaid funding for Planned Parenthood, which they may not be able to do under federal law. Meanwhile, public opinion of the organization remains high. A recent NBC News/Wall Street Journal poll found that despite weeks of bad news, Planned Parenthood is still more popular than every major 2016 presidential contender, the NRA, and the Supreme Court.