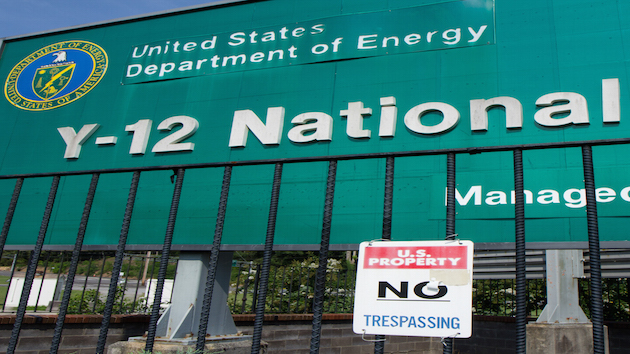 A good security system would seem essential for the federal repository holding virtually all of the nation’s highly enriched uranium, a key ingredient of nuclear weapons, just outside Knoxville, Tennessee.

But the high-tech system installed at a cost of roughly $50 million over the past decade at the Department of Energy’s Y-12 complex is still riddled with flaws that impede its operation, according to a newly released report by the department’s top auditor. Moreover, no one knows how much the government will have to spend to fix the system or when that task might be accomplished, the report says.

Flaws in the site’s security system first came into national view in July 2012, when an 82-year-old nun and two other anti-nuclear activists cut through fences and walked through a field of motion detectors to deface the exterior of Y-12’s Highly Enriched Uranium Materials Facility, which holds enough explosives to make 10,000 nuclear bombs. Subsequent investigations concluded that those monitoring the few critical sensors that were operating that day had been trained to ignore them by persistent false alarms, including many triggered by wildlife.

But not much has changed since that break-in, according to the report by Inspector General Gregory H. Friedman, even though the department spent more than a million dollars in 2012 to get a consultant’s advice about how to make the system work better, and then millions more completing the installation of high-tech sensors in 2013. The report says the so-called Argus security system, which was developed by the Energy Department’s Lawrence Livermore National Laboratory and named optimistically after the fabled 100-eyed monster of Greek mythology, “did not fully meet the site’s security needs” and was not installed the way it was designed to be used. It’s still prone to frequent false alarms and falls short of the Energy Department’s requirements.

Friedman blames the flaws on inadequate spending and poor management. In particular, those installing the system tried to do so on the cheap. Instead of undertaking a top-to-bottom modernization, they tried to integrate new equipment with older alarm wiring and cabinets. Those operating the system said this effort was not successful, and that it caused false alarms to jump by 25 percent.

As a result, the report states, the operators were “not able to efficiently perform their duties.” A 27-month study of alarm data that ended in July 2014 showed that false alarms accounted for more than 35 percent of all alerts.

Budget records suggest the task of safeguarding nuclear weapons has not been as high a priority as developing them at the Energy Department. The security program that supports the Argus project and others like it across the nation’s nuclear sites received $79.8 million for the current fiscal year. For 2016, the Energy Department has asked Congress for 5.8 percent less, or $75.2 million. Meanwhile, spending on weapons programs stands at $8.1 billion, and the Energy Department’s request to Congress for next year seeks 10.5 percent more weapons funding, boosting the total to $8.8 billion.

Argus’s troubles are not unique to Y-12. A report by the Government Accountability Office in May said similar problems erupted at the Energy Department’s Nevada National Security Site when Argus was installed there. “We determined that the Argus project experienced schedule delays and cost increases as a result of inadequate project management and funding issues,” the GAO wrote.

The Argus project in Nevada began in November 2010 with a targeted completion date of October 2011 and an estimated cost of $8.4 million. By June of 2012, it still wasn’t done, and the estimated cost had more than doubled, to $17.8 million. It’s been on hold since May 2014, and the Nevada site “has continued to rely on an outdated security system,” according to the GAO.

At Y-12, the system’s operation has been undermined as well by the use of error-filled and cumbersome maps of the complex, which obscure the views of the operators. “Even within the confines of…funding limitations, we found that management weaknesses contributed, at least in part, to the issues identified,” Friedman’s report states.

The inspector general recommends installing the necessary components to have a fully operational version of Argus, and replacing parts of the security system that are driving the high rate of false alarms. Although the National Nuclear Security Administration, which oversees the production and handling of nuclear weapons, has analyzed the security needs at Y-12 and identified the work that needs to be done to improve it, no detailed plan, schedule for making the upgrades, or cost estimate for the full project has been developed by the Energy Department, according to Friedman. One estimate suggested the Y-12 improvements could cost $300 million.

In a letter responding to Friedman, NNSA chief Frank Klotz wrote that NNSA agreed with the audit’s conclusions and recommendations. Klotz said efforts have begun to address the lingering security needs at Y-12 “within programmatic constraints,” in part by developing a plan by the end of September 2016 for replacement and maintenance of security systems across the nation’s nuclear labs.

“The secure operation of our facilities is a top priority,” Klotz wrote.